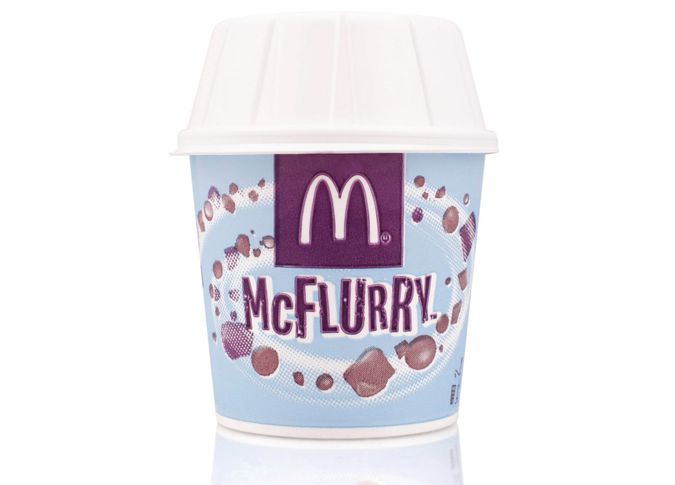 That Happy Meal from McDonald’s has turned into a Very Unhappy Meal for certain customers who decided to add a milkshake or frozen dessert to their orders — so unhappy that even the feds are getting involved.

See: McDonald’s Will Cater to Digital Customers With Loyalty Program in July
Find: Gaming, Fast Food and 19 Other Pleasures That Are Hurting Your Bank Account

According to The Wall Street Journal, the Federal Trade Commission contacted McDonald’s franchise owners over the summer seeking information about the fast food giant’s McFlurry ice-cream machines, which have had well-publicized problems functioning the way they’re supposed to.

As NBC’s Today Show reported, the problem has become so widespread that there’s even an online tool — the “McBroken” Map — that that lets you track malfunctioning machines across the country. McDonald’s has acknowledged the issue, but some of its franchise owners are getting impatient. Some complain that the McFlurry machines are too complicated to operate, often fail during the nightly cleaning cycle and are hard to repair when they break down.

The WSJ report, published on Wednesday, said the FTC contacted McDonald’s franchisees to get more info on the machines.

But as NPR noted, McDonald’s USA said in a statement that it had no reason to believe it was the focus of an FTC investigation.

“Nothing is more important to us than delivering on our high standards for food quality and safety, which is why we work with fully vetted partners that can reliably provide safe solutions at scale,” the statement said.

The FTC news comes at the same time that the Biden administration is taking a look at whether manufacturers are blocking owners from fixing broken products themselves. The so-called “right to repair” movement aims to relax rules about when and how machines can be repaired by franchise owners.

Meanwhile, the McFlurry Affair has provided plenty of fodder for online commenters. Here are a few things various wags have said on Reddit:

“I literally went to mcdonalds yesterday and their ice cream machine was broken. i demand justice.”

“… is there a McDonald’s next to the FTC headquarters?”

As for the FTC: It did not respond to requests for comment from various media sources. But in July the agency said it would increase law enforcement efforts against manufacturers that imposed repair restrictions on businesses, government agencies, workers and consumers.