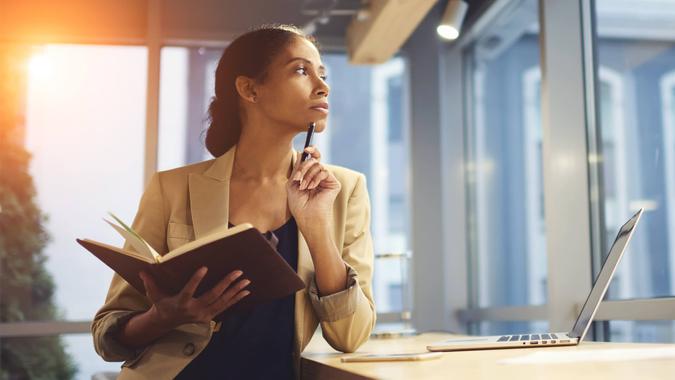 The Financial Times reported that a lower share of top U.S. financial services jobs were held by Black employees in 2018 than in 2008. The researchers, using data from the Equal Employment Opportunity Commission, looked at the demographics of 3.6 million staff across 13,000 financial services employers in the U.S. from 2007 to 2018. They found that in the most senior jobs within the sector, Black professionals were “the only demographic whose share fell.”

The decrease, down to 2.62% representation from 2.87%, comes at a time when banks throughout the country claim to have implemented specialized diversity initiatives into their workforce.

Morgan Stanley has created an Institute for Inclusion within its company. CEO James Gorman said in a statement on the company’s website that the institute “will lead an integrated and transparent diversity, equity and inclusion strategy to deliver the full potential of Morgan Stanley to achieve meaningful  change.”

J.P. Morgan has an initiative called “Advancing Black Pathways” that is aimed at attracting, hiring, retaining and advancing Black talent. The company also claims to be expanding its recruitment of Black Americans. Still, according to J.P. Morgan’s 2020 Workforce Composition Disclosure, the ethnic percentage of its board of directors dropped 8% from 2019, and 90% of the board identifies as white.

See: Women Who Are Changing the Landscape of Finance
Find: Socially Responsible Investing in 2021 — How Can You Invest Responsibly?

According to a 2017 report from the Government Accountability Office, as reported by The Washington Post, jobs for African Americans in first-, mid- and senior-level management fell from 6.5% to 6.3% between 2007 and 2015, despite an increase in overall minority representation.

Data regarding corporate demographics is reported each year to the government. However, the information remains confidential, and banks are typically resistant to releasing it publicly. According to Reuters, only 32 of the Russell 1000 companies make the information public.

Many argue that underrepresentation in top management positions helps to widen the wealth gap. The Certified Financial Planners Board of Standards points out in its “Racial Diversity in Financial Planning” report that, “Firms that fail to hire and retain black and Latino professionals are missing opportunities to work with communities with growing wealth, as well as increase their competitive advantage,” stressing that financial equity is more difficult to achieve when people of color are not part of the decision-making processes at the top.

The Financial Times adds that the most significant increase for Black workers in finance roles only happened in junior-level jobs.

See: Industries With the Biggest (and Smallest) Racial Pay Gap
Find: 10 Questions You Should Ask Before Accepting a Job Offer

Investors have been calling for companies to start releasing the EEO diversity data in recent years. As Diverse and Engaged CEO Dee Marshall puts it, “We’re talking about why we’re not getting anywhere, but we don’t know where we’re going, because you are not tracking.”

Adrienne Moley, head of investment stewardship for the Americas at Vanguard, told the Financial Times, “We believe that asking you to report EEO data is a rational ask, it’s not a hug amount of additional resource required and it’s a great first step…Companies who withhold the information will probably feel more pressure from investors in the coming year.”