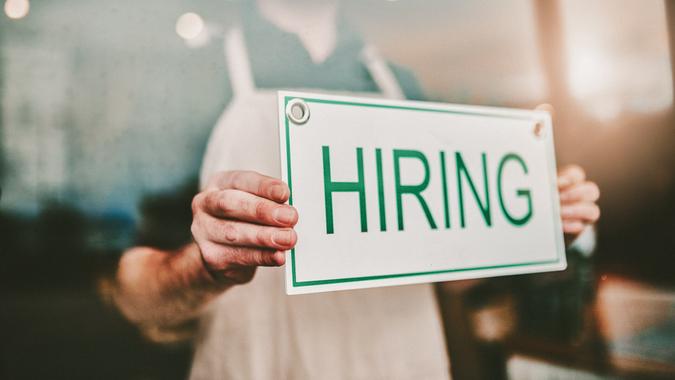 The labor shortage that occurred in the wake of COVID-19 has been well documented, especially in terms of how it impacted the ability of large corporations to find and retain workers. Major employers ranging from McDonald’s and Walmart to Bank of America have had to offer higher pay and other perks just to fill their payrolls.

Less attention has been paid to how small businesses have coped, but they faced the same challenges — and often had a tougher time of it because losing even one employee could have a huge impact.

The good news is, many small businesses have a positive outlook on hiring trends moving forward, according to a new survey from Homebase, which provides team-building, staffing and employee management services to small businesses.

The survey of about 400 small business owners, conducted in June, found that a majority of respondents (57%) believe that it will either be easier or about the same to hire workers a year from now, up from 45% in January 2022. A whopping 92% of local business owners anticipate they’ll continue to hire over the next year, with only 8% predicting that they will freeze hiring.

Most respondents (58%) plan to hire one to five employees over the next year, an increase of roughly 20% compared to January. Another 11% plan to hire 16 or more new workers in the coming year. About three-quarters of the business owners surveyed currently have eight or fewer employees.

“The competition for talent has been fierce for years, putting intense pressure on local business owners to hire, train, and retain teammates as they have also had to navigate through the complexities of running a business during the pandemic,” said Homebase CEO and founder John Waldmann in a press release.

For job seekers, however, the market is still very much in their favor. That’s especially true in sectors like entertainment and hospitality, which should benefit from pent-up consumer demand following nearly two years of pandemic restrictions.

“Being able to again compete for more skilled workers is a huge opportunity for local businesses, especially when you recognize that businesses in the entertainment and hospitality space are outpacing other sectors’ growth, hiring at paces beyond pre-pandemic 2019 levels,” Waldmann said. “As Americans are hungry to gather and travel, the quality of these real-life connections relies on the service and skill of the teams on the ground to entertain, host, and serve.”