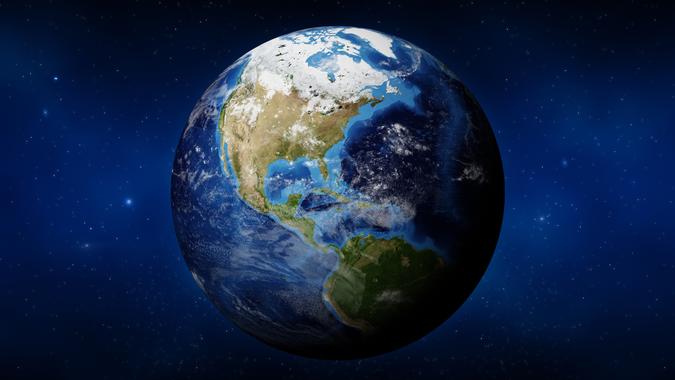 Travel is resuming, the vacation business is picking up — and now you can take it a step further, if you have a few millions to spare, as space travel is exploding. California-based Orbital Assembly Corp. (OAC) plans to debut its luxury space hotel in 2027 and a smaller-scale station as early as 2025.

OAC’s flagship project, the Voyager Station, is composed of large rotating fixtures designed to produce varying levels of artificial gravity by increasing or decreasing the rate of rotation, the company explains on its website.

“The Voyager Class will also provide the comfort of low gravity within the luxurious accommodations of a luxury hotel space for tourists who want to experience an extended visit to space,” the company said.

It plans to include 24 habitation modules, including a restaurant, an event center, villas, bars, office spaces, a gym and a research center.

The project will be designed to accommodate more than 300 passengers and crew, including tourists, business people, astronauts, scientists, and other interested parties.

“For tourists, we believe we can provide hotel amenities that will include: ‘space-ous’ accommodations; stunning views of the Earth, Moon, and stars; restaurant-quality food and beverages; events; functional toilets and showers; exercise facilities; medical triage services; and emergency evacuation capabilities. We’re not camping in space anymore,” the company said, per Netcapital.

Such a visit to space will cost you. Travel and Leisure reports that Voyager is already taking reservations — and the cost is “a casual $5 million for a three-and-a-half-day stay.”

In addition, CNN reports that the company’s second space station, the Pioneer Station, will be housing 28 people and could be operational in just three years.

Tim Alatorre, Orbital Assembly’s COO, told CNN that “the goal has always been to make it possible for large amounts of people to live, work and thrive in space.”

Alatorre added that the appeal of Pioneer Station is that its smaller scale makes it more feasible to complete the project and bring the station to operational status in a shorter time frame.

“It’s going to get us the opportunity to have people start to experience space on a larger scale, faster,” he told CNN, adding that office spaces and research facilities will also be up for rent on both Pioneer Station and Voyager Station.

Alatorre said that this revenue stream was a “win-win” for Orbital Assembly, as a lot of its near-term goals are funding-dependent, per CNN.