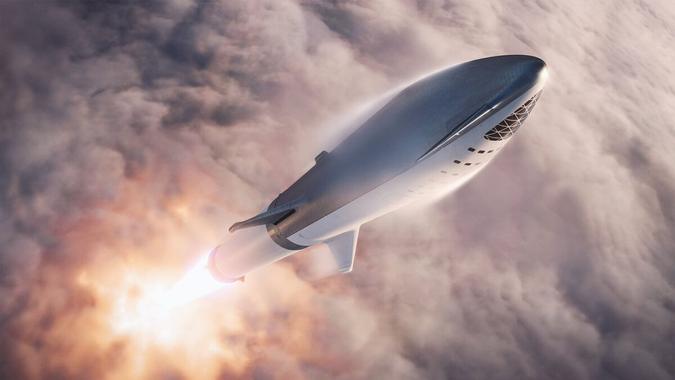 SpaceX, the space exploration and satellite company owned by Elon Musk, raised $850 million in private equity funding this week, boosting the company’s valuation by more than half, CNBC reports.

This brings SpaceX’s valuation to $74 billion, a 60% increase from its valuation after its lasting funding round in August. CNBC sources familiar with the terms of the financing said SpaceX sold private shares at $419.99.

CNBC reported that there was “insane demand” for shares, with more than $6 billion in offers from various investors in three days. The funding should go toward the $10 billion-plus Starlink project, which is delivering high-speed, broadband satellite internet to people in rural areas with poor options or no options for cable or fiber.

Last week on Twitter, Musk said, “Every new satellite constellation in history has gone bankrupt. We hope to be the first that does not.”

Ultimately, Starlink could bring in $30 billion or more a year, CNBC says, which would be more than 10 times SpaceX’s current annual revenue. In turn, the Starlink internet service would help fund Musk’s efforts to land a Starship on Mars by 2024.

The Starlink internet service, which is currently available for sale in beta testing, continues to grow, with another constellation reaching low earth orbit this week and over 10,000 users across the U.S., Canada and the U.K., Space News reports.

See: How Much Money Private and Public Companies Have Poured Into Space
Find: The Best ‘Blank Check’ Companies Getting a Fast Track to That IPO

The constellation that launched Monday from Cape Canaveral, Florida, released another payload of 60 satellites. However, the Falcon 9 first-stage booster failed to land on the drone ship Of Course I Still Love You, although half of the fairing, or nose cone, was recovered, the Observer reports. The assumed crash-landing into the ocean broke a streak of 24 successful rocket landings either on air or on drone ships and would have been the company’s overall 75th successful landing.

One Twitter user watching the live feed noticed three seagulls hanging out on the drone ship and asked if SpaceX had abandoned the landing to save the birds. Musk did not reply, and SpaceX failed to comment to multiple news sources. But at a cost of over $30 million per booster, it’s highly likely SpaceX would have preferred to land the rocket and banked on the seagulls flying away.