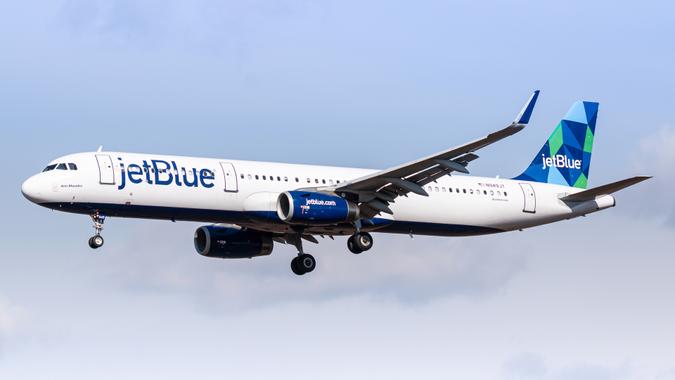 On May 2, Spirit Airlines announced it had unanimously rejected the “unsolicited proposal received from JetBlue Airways,” saying it does not constitute a “superior proposal” as defined in Spirit’s merger agreement. Part of the reasoning, per a press release, is that Spirit’s board does not feel the JetBlue offer is reasonably capable of being consummated.

Discover: 27 Ugly Truths About Retirement
More: How To Get Rich With a Normal Job

“The Board continues to believe that the pending transaction with Frontier represents the best opportunity to maximize value and recommends that Spirit shareholders adopt the merger agreement with Frontier,” the company said in a press release on May 2.

Shares of Spirit were down 8.5% in pre-market trading on May 2.

The rejection comes despite JetBlue’s upping the ante, announcing it had “enhanced its proposal.” The enhanced proposal included a divestiture commitment, a $200 million reverse break-up fee and a 47% (versus the value of the Frontier transaction as of April 29) all-cash premium, per a JetBlue press release.

In a letter to JetBlue, Spirit said that it continues to believe in the strategic rationale of the proposed merger with Frontier and is confident that it represents the best opportunity to maximize long-term shareholder value.

“After a thorough review and extensive dialogue with JetBlue, the Board determined that the JetBlue proposal involves an unacceptable level of closing risk that would be assumed by Spirit stockholders,” Mac Gardner, chairman of the board for Spirit Airlines, wrote in the letter. “We believe that our pending merger with Frontier will start an exciting new chapter for Spirit and will deliver many benefits to Spirit shareholders, Team Members and Guests.”

On Feb. 7 Spirit entered into a merger agreement with Frontier, under which Spirit and Frontier would combine in a stock and cash transaction. Under the terms of the merger agreement, Spirit equity holders would receive 1.9126 shares of Frontier plus $2.13 in cash for each existing Spirit share they own.

In April JetBlue made a $3.6 billion bid to buy Spirit Airlines in what the company believed constituted “a superior proposal under Spirit’s merger agreement with Frontier,” and which represented “the most attractive opportunity for Spirit’s shareholders,” according to a press release at the time.