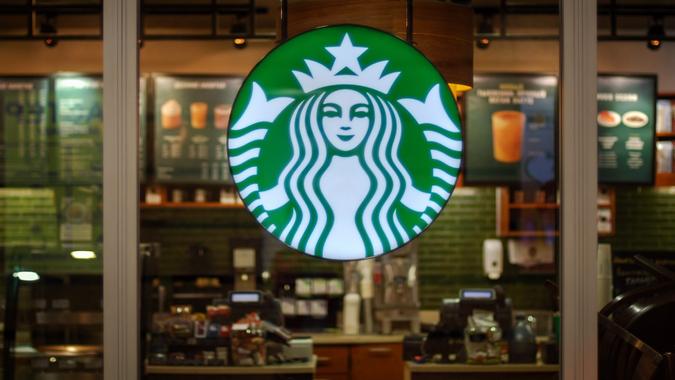 After 15 years in the country, Starbucks announced it was exiting Russia — closing 130 stores — following the suspension of its business in the country in March, including shipment of all Starbucks products.

Explore: 10 Dollar Store Items That Aren’t Even Worth the Buck
Discover: 8 Best Food Products To Buy at Costco

“We will continue to support the nearly 2,000 green apron partners in Russia, including pay for six months and assistance for partners to transition to new opportunities outside of Starbucks,” the company said in a May 23 statement on its website.

On March 8, former CEO Kevin Johnson, who stepped down on April 4, said in an announcement that “We continue to watch the tragic events unfold and, today, we have decided to suspend all business activity in Russia, including shipment of all Starbucks products. Our licensed partner has agreed to immediately pause store operations and will provide support to the nearly 2,000 partners in Russia who depend on Starbucks for their livelihood.”

Starbucks’ move is the latest in a string of high profile exits, including that of McDonald’s, which announced that it would exit the Russian market on May 16 and had initiated a process to sell its Russian business after more than 30 years of operations in the country, according to a press release.

McDonald’s restaurants in Ukraine remain closed, and the company said it would continue to pay full salaries for its employees in the country, according to the release.

See: Starbucks to Raise Wages, But Not For Unionized Employees
Find: Starbucks Breakfast Lovers Found This Sandwich at Costco for $2.30 Less

In addition, as a result of its exit from Russia, the fast food giant said it expected to record a charge of approximately $1.2 to 1.4 billion to write off its net investment in the market and recognize significant foreign currency translation losses. McDonald’s said it had $127 million in expenses in Russia and Ukraine in the first quarter, including $27 in continuation of salaries, lease and supplier payments, and $100 million for inventory in the company’s supply chain, according to the earnings report released April 28.