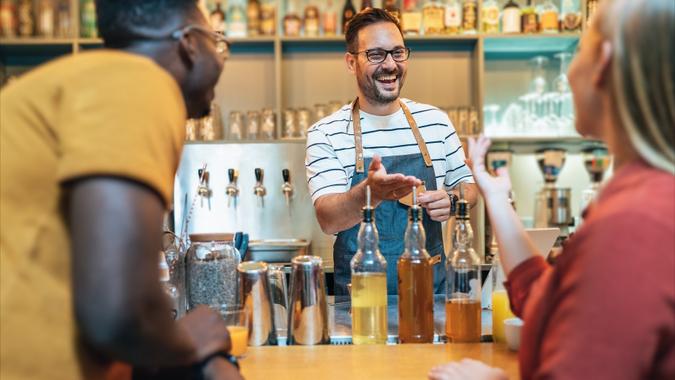 New entrepreneurs should be careful as to where they chose to start a new business, as not all cities fare the same for small businesses in regard to business survival rates, tax climate and entrepreneurship rate, according to a new survey.

See: 25 Best Startup Business Ideas To Make Money in 2021
Discover: Pandemic Is Turning Millions Into Entrepreneurs — Is It the Right Financial Move For You?

“It’s definitely a challenging time to start a small business, but that doesn’t mean that you shouldn’t do it,” Matt Schulz, LendingTree chief credit analyst, said in the online marketplace’s survey. “There are always going to be things that you can’t predict. The truth, however, is that if you have a good idea, a thoughtful plan, adequate funding and a willingness to take the risk and put in the work, any time can be a good time to get started.”

Topping the list of best places to start a small business is the Raleigh, N.C. metro area. Reasons include its seventh-highest proportion of residents with at least a bachelor’s degree — 48%, compared with an average of 34.5% across the 100 metros. In addition, nearly 55% of its population is in their prime working years between ages 25 and 54, which is good enough for ninth among the 100 metros.

In addition, its unemployment rate was 3.9% in July 2021 — the latest available at the time of research — with was nearly two percentage points lower than the U.S. rate of 5.7%.

Following the Raleigh area is Austin, Texas, which sits in second. Just 21.4% of residents’ income there goes toward housing costs — the highest rate is 27.6% in Miami — so there may be more opportunities to invest in creating a new business, the survey noted. Almost 80% of Texas small businesses survive their first year, as well.

“I’m not surprised that Austin tops this list,” Schulz said in the survey. “It’s a young, highly-educated town. The city has also seen a huge influx of people moving in from pricier locales like California and New York in search of cheaper housing and lower taxes.”

Conversely, California offers the worst places to start a small business, the survey noted. Bakersfield, Stockton and Fresno take the bottom spots, while Riverside also places in the bottom 10. Bakersfield has the highest unemployment rate — 10.7% — among the 100 metros. It also has the lowest percentage of residents with at least a bachelor’s degree — 17.1% — among the metros, the survey found.

Learn: How Will Small Businesses Adapt to Vaccine Passports?
Find: Nearly 400,000 Put in 40-Hour Weeks Making YouTube Videos — Will It Pay Off?