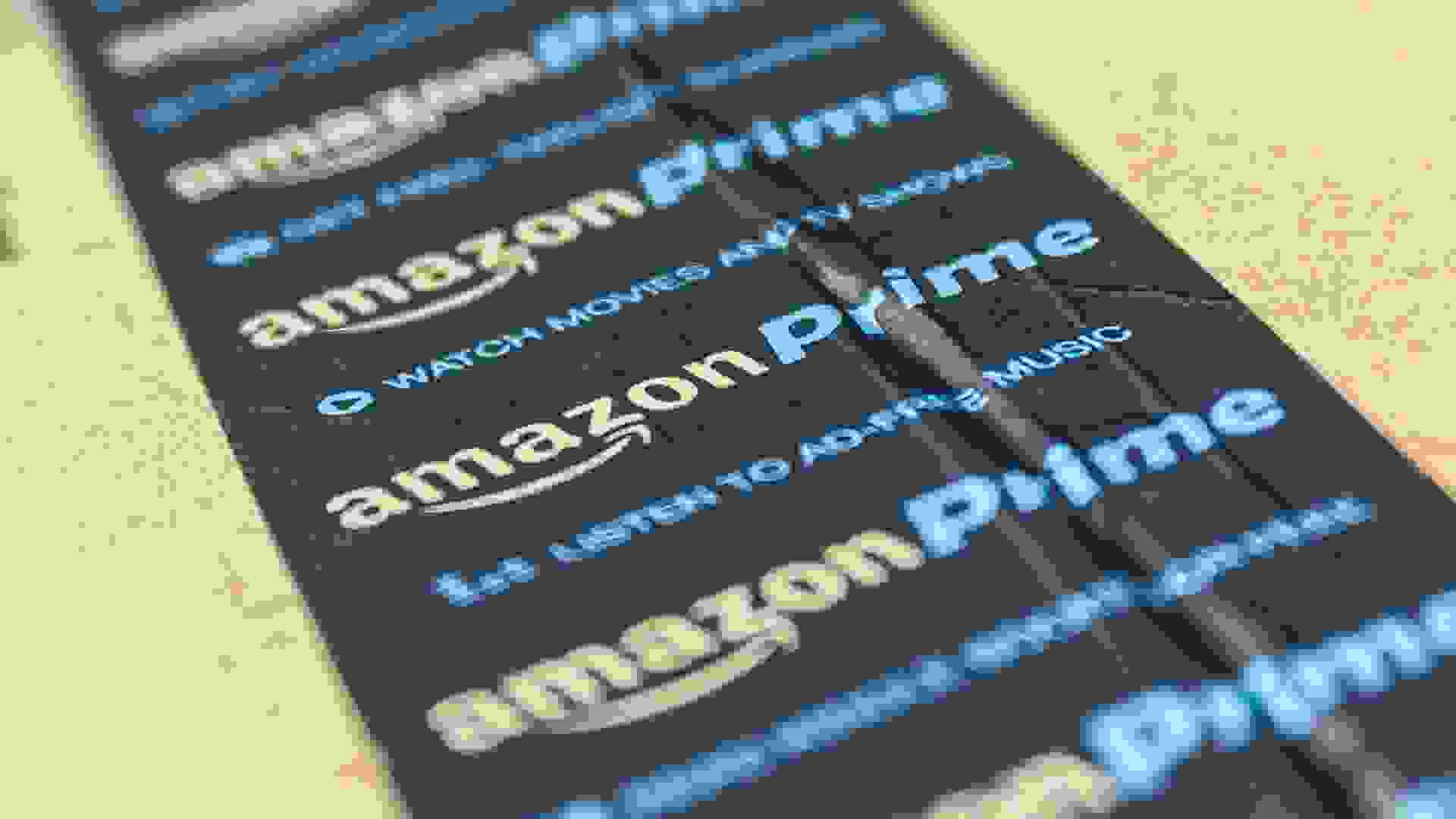 Steve Jobs famously said, “Innovation distinguishes between a leader and a follower.” Jobs knew that innovation comes in all shapes and sizes — and these 10 companies know it, too. Ranging from fruitful to just plain sketchy, click through to discover the most interesting company policies and practices. 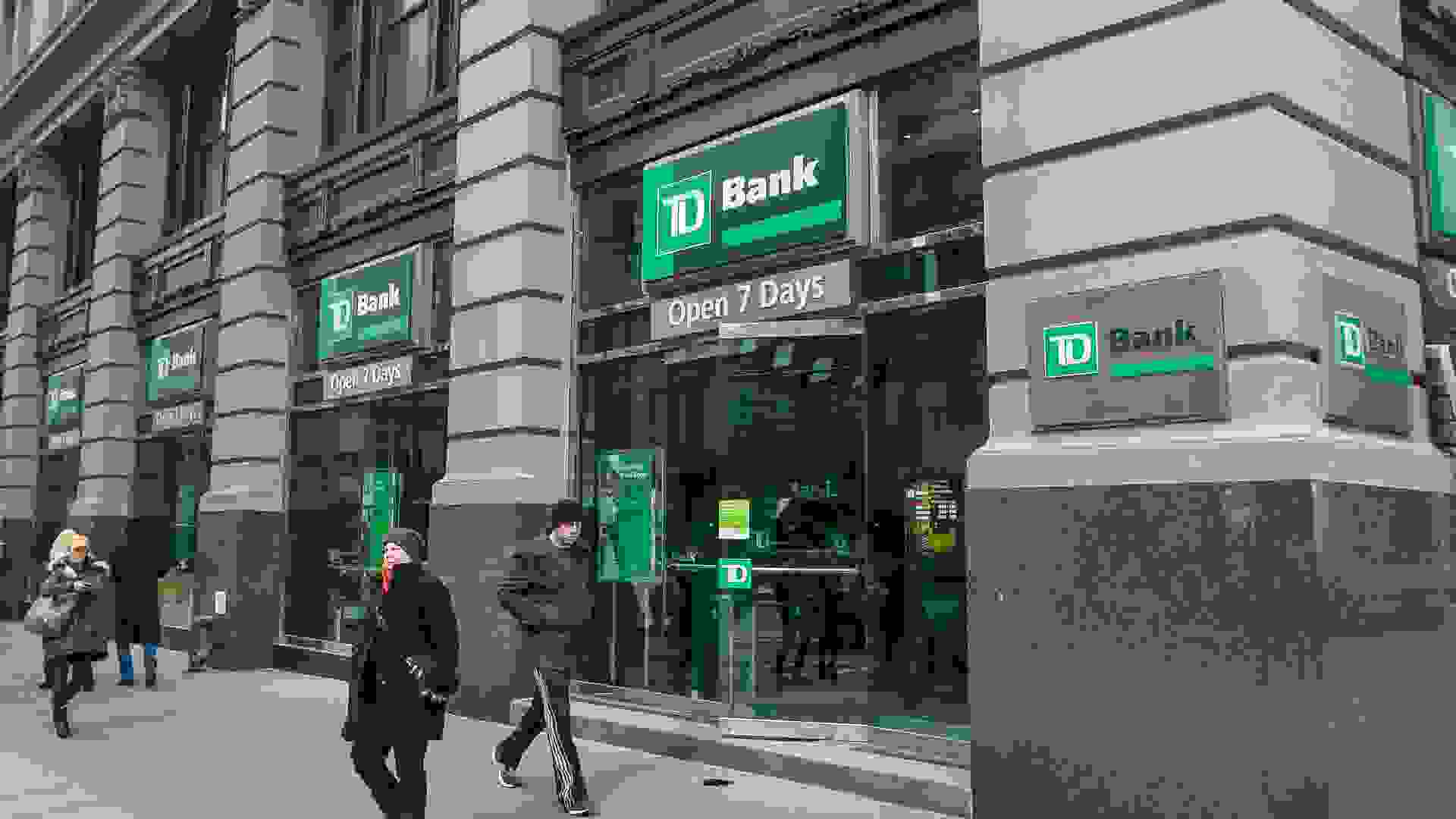 A crazy good parental leave policy shouldn’t be strange, but given the American business world’s tenuous relationship with the subject, TD Bank’s practice is absolutely remarkable.

According to Inc., TD Bank provides 16 weeks of paid parental leave to every new parent, whether they’re birth parents or adoptive, men or women. Compared to the average American policy of about six weeks of unpaid leave for women and none for men, TD’s deal — which applies from corporate to retail positions — is unheard of.

Take a Guess: Which Company Also Has a Generous Parental Leave Policy? 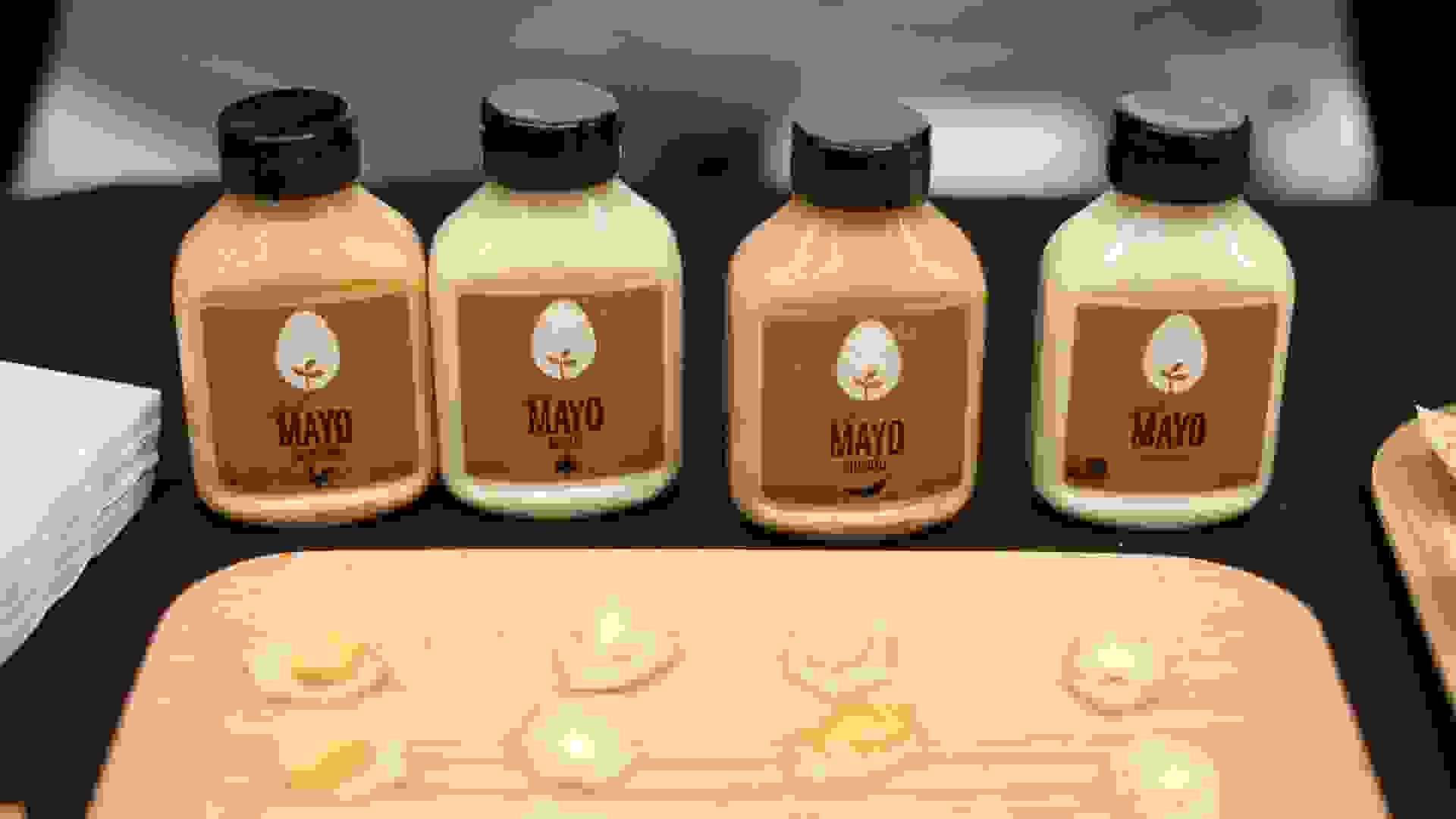 Back in 2015, the Silicon Valley elite were pretty pumped about Hampton Creek, a vegan food company with the vibe of a tech upstart. Headlined by their eggless Just Mayo product, the new venture hit a few bumps in the road early on, including misreported facts about the eco-friendliness of its products and FDA allegations of misbranding, among other controversies.

Bloomberg’s 2016 discovery highlights a particularly questionable business practice, though. The financial outlet reported that Hampton Creek was sending covert employees out on a large-scale and secret operation to buy hundreds of jars of Just Mayo off of store shelves in order to create an image of sales success.

CEO Josh Tetrick claimed the buyback program, which allegedly helped launch the brand to the top of Whole Foods’ mayo charts, cost the company $77,000. But Bloomberg’s investigation puts it closer to the $1.4 million mark at its peak in 2014 — which doesn’t look good next to $1.9 million in sales during the same period.

The unorthodox move definitely generated Twitter buzz, but it also earned Hampton Creek a (now closed) investigation from the Securities and Exchange Commission. As of 2017, the Los Angeles Times reported that Target has stopped carrying all Hampton Creek products and its entire board, save CEO Tetrick, has departed the company. 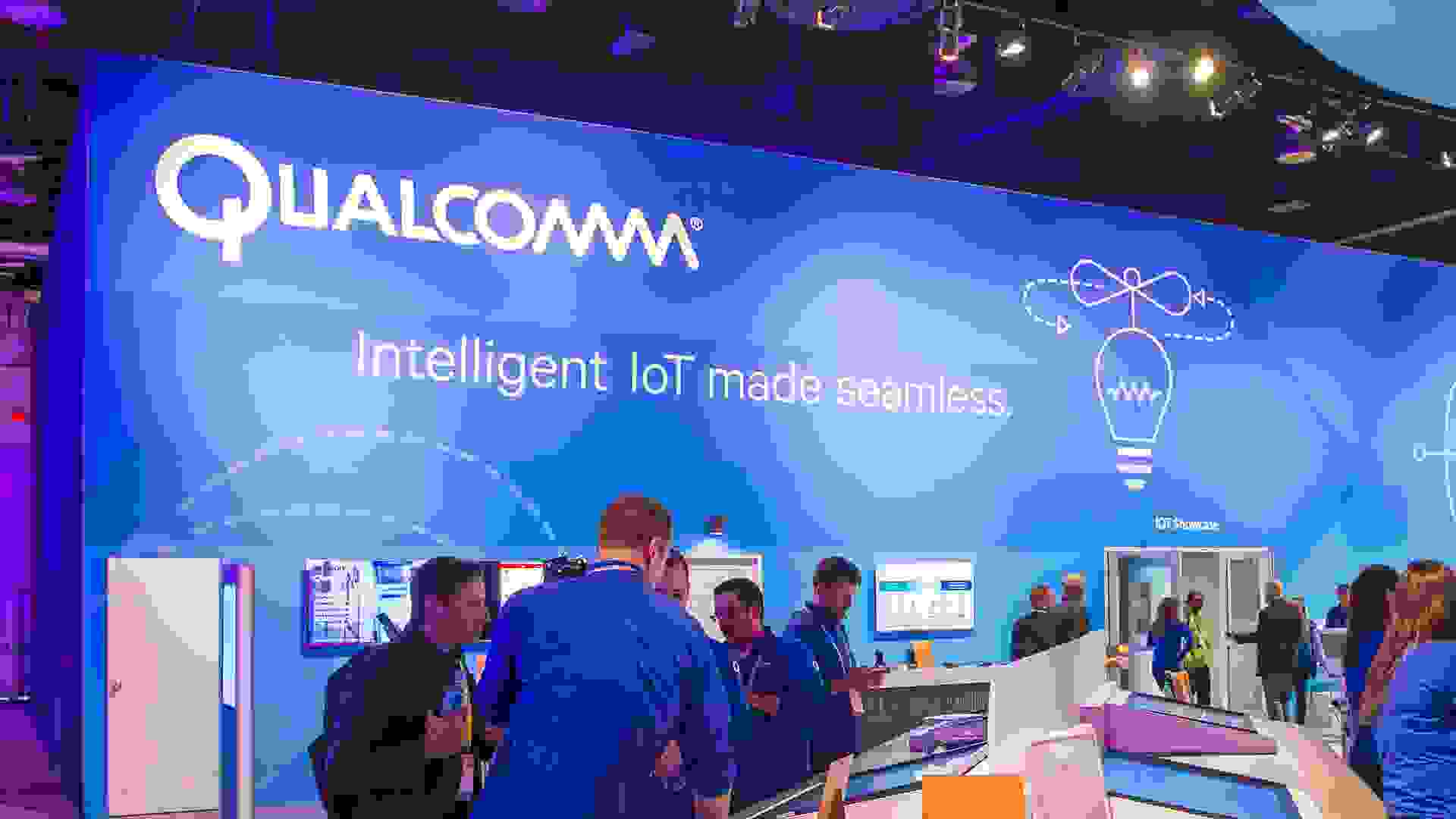 You might not know the name Qualcomm, but there’s a good chance you use their parts. Known for manufacturing Apple components and the Snapdragon chips that power your Android, Qualcomm found a “unique” way to do business in the years leading up to 2017, essentially forcing companies to use their modems by charging higher licensing fees for their patents to companies that used competing products, according to the Federal Trade Commission.

The controversy-plagued business practice might have sold Qualcomm some modems, but it also got them a 2017 FTC charge for anti-competitive tactics and a $1 billion lawsuit from Apple for “charging royalties for technologies they have nothing to do with,” as reported by CNBC. 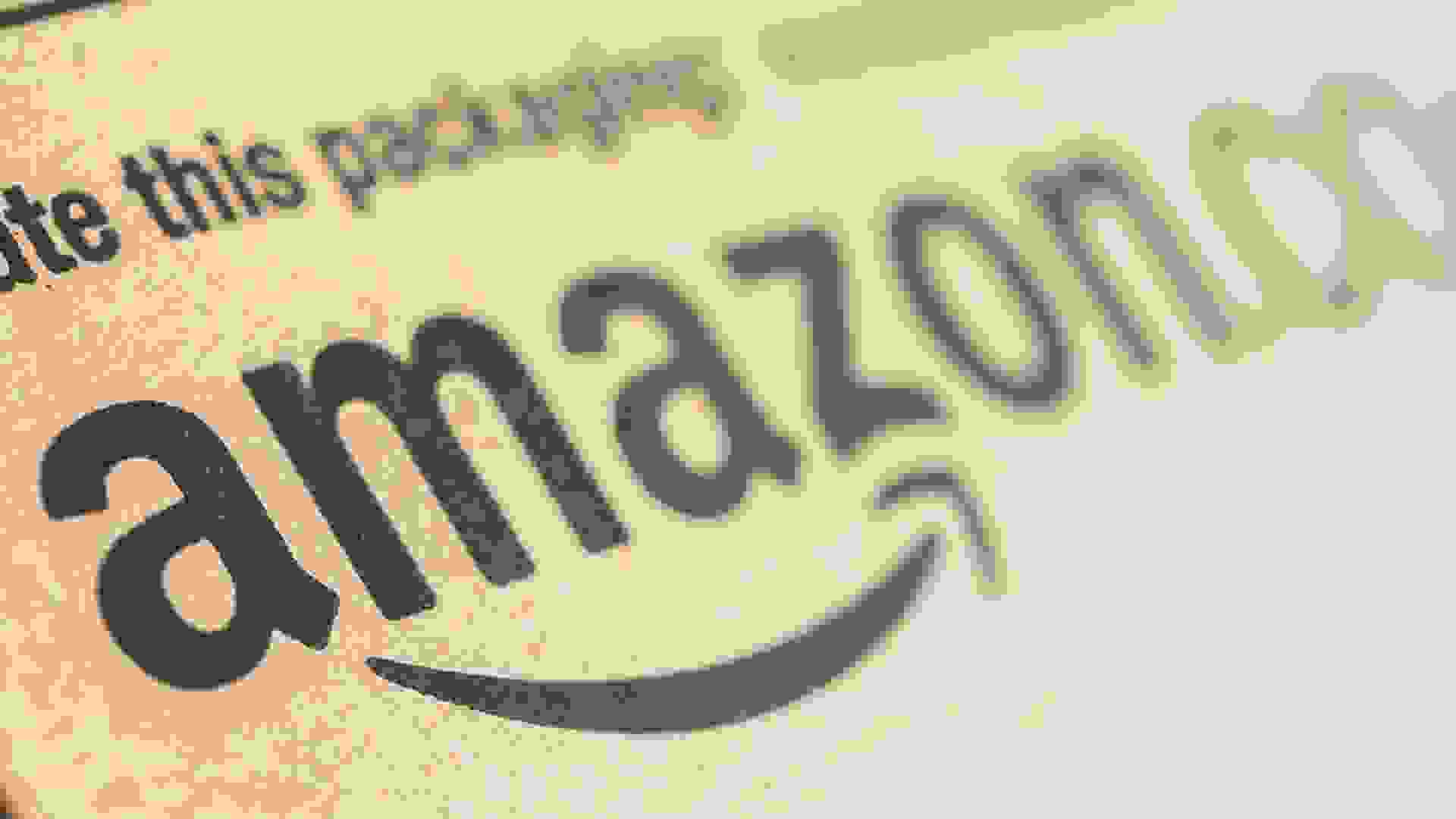 In August 2017, Amazon Marketplace sellers ― the independent merchants who ship products from their homes or warehouses rather than Amazon’s stockpiles ― got an email informing that new return policies would “automatically authorize” consumers to send back unwanted products at the merchant’s expense, no contact with the seller required, CNBC reported. What’s more, Amazon’s new “returnless refunds” mean that sellers can offer refunds without actually getting the item back from the buyer.

The seller response to this extreme new “the customer is always right” policy hasn’t been rosy so far. One merchant vented to CNBC that the practices “will totally crush small businesses that fulfill their own orders.”

How Does Amazon Compare? 50 Stores With the Best and Worst Return Policies 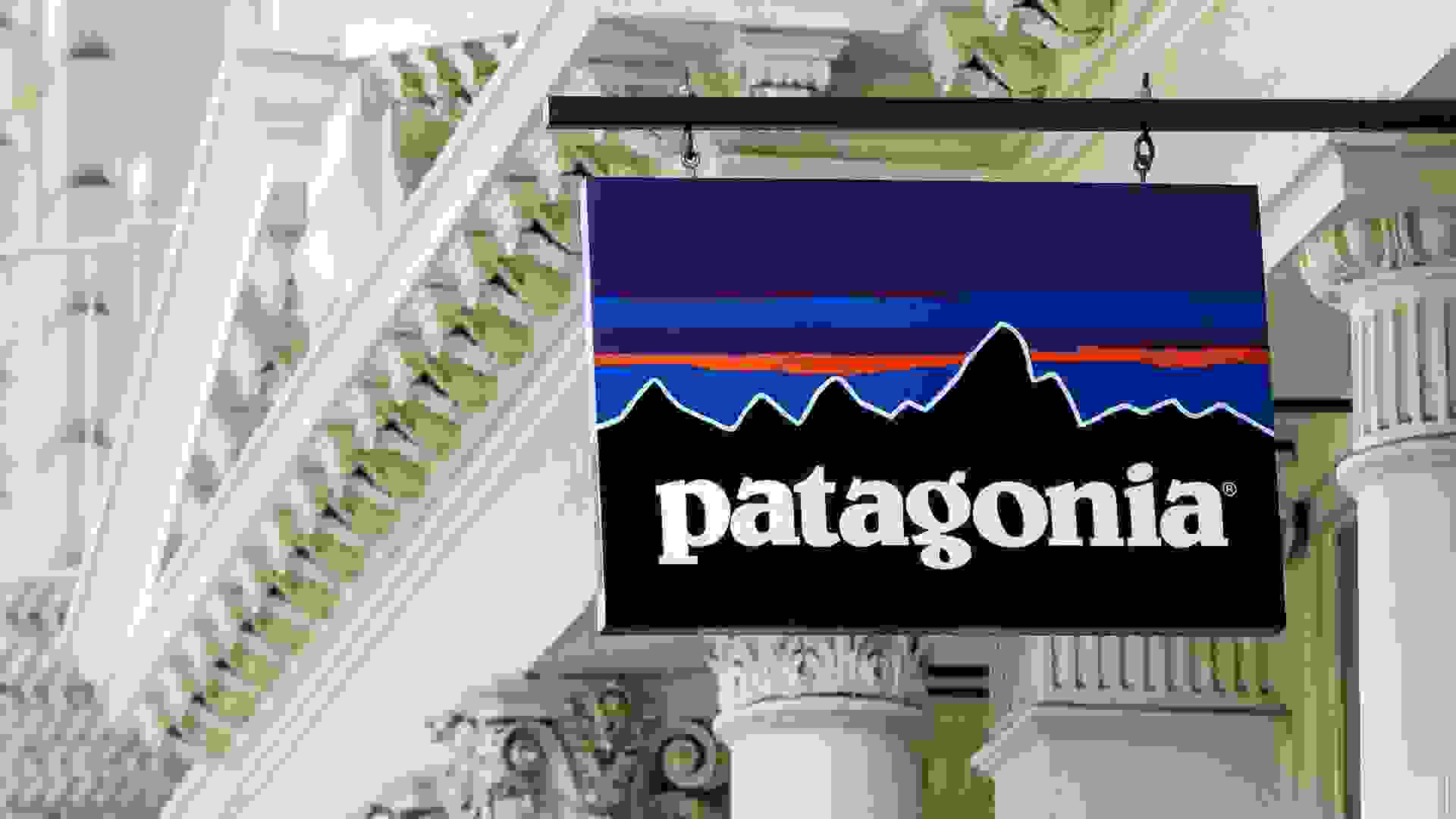 When Patagonia was founded by Yvon and Malinda Chouinard in the 1970s, they worked alongside friends and family ― so establishing an excellent on-site child care center 34 years ago wasn’t a business move, it was a human move.

Nowadays, Patagonia’s Great Pacific Child Development Center employs about 30 staff members and serves roughly 80 Patagonia kids who participate in everything from field trips to cooking classes, all at an annual cost of about $1 million to the company.

The result? Patagonia rocks 100 percent employee retention for moms and 50 percent of their managers and senior leaders are women, according to Quartz. 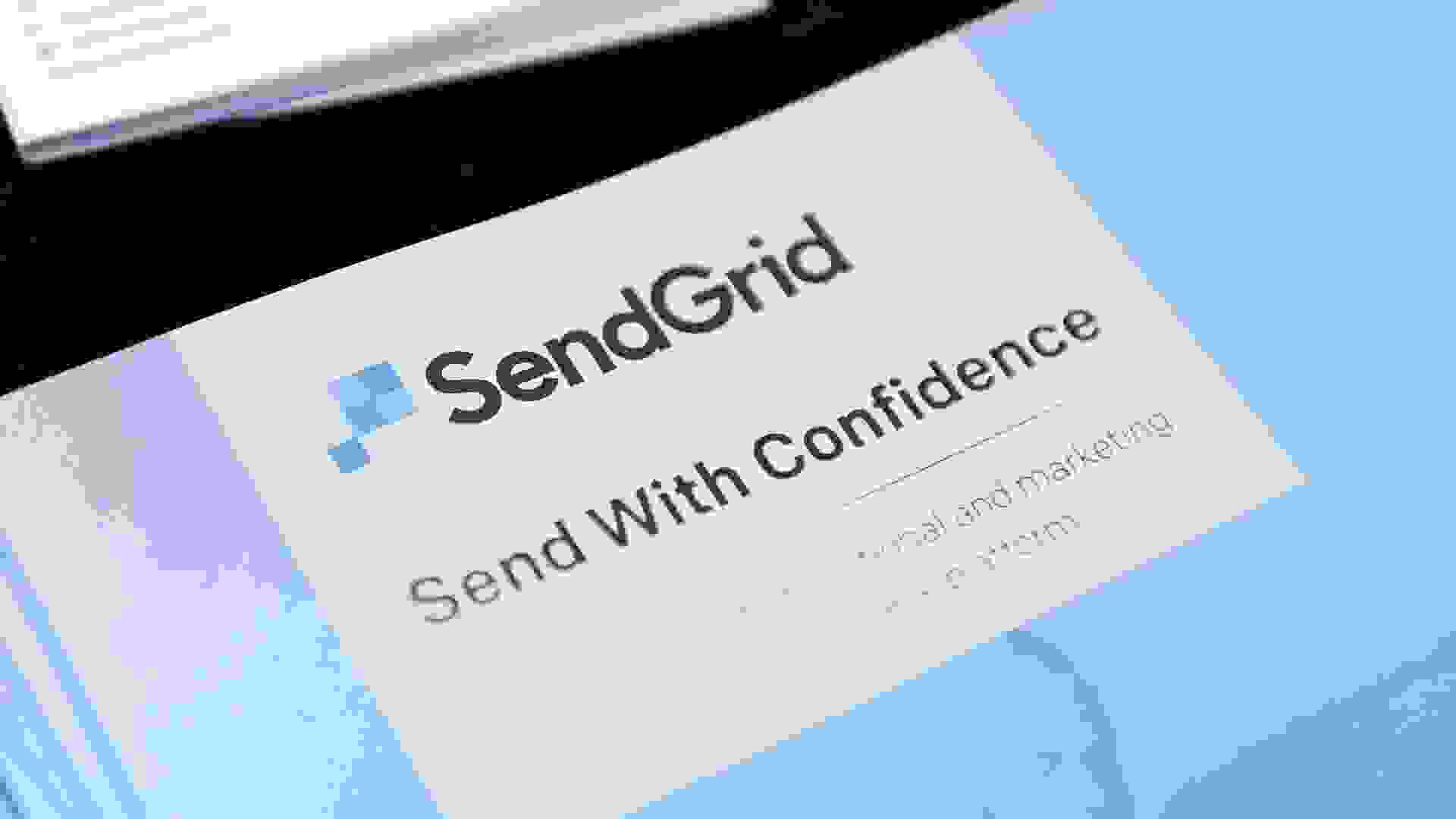 When you think “CEO,” “servant” probably isn’t the first word that comes to mind ― that is, unless you’re SendGrid CEO Sameer Dholakia.

Dholakia adheres to a management style cooked up by Robert K. Greenleaf in his 1970 essay, “The Servant as Leader,” which states that the philosophy “begins with the natural feeling that one wants to serve, to serve first.”

In 2017, Dholakia told Forbes that this inverted style, which puts CEOs at the bottom of the totem pole rather than the top, means that he spends about half of his time on the clock meeting with SendGrid employees, with the primary goal of helping and empowering others.

The result of that positive power, said Forbes, is a sales growth of 40 percent between 2015 and 2016. Likewise, Dholakia sits comfortably in the No. 1 spot on Comparably’s list of the best small tech company CEOs, based on employee ratings. 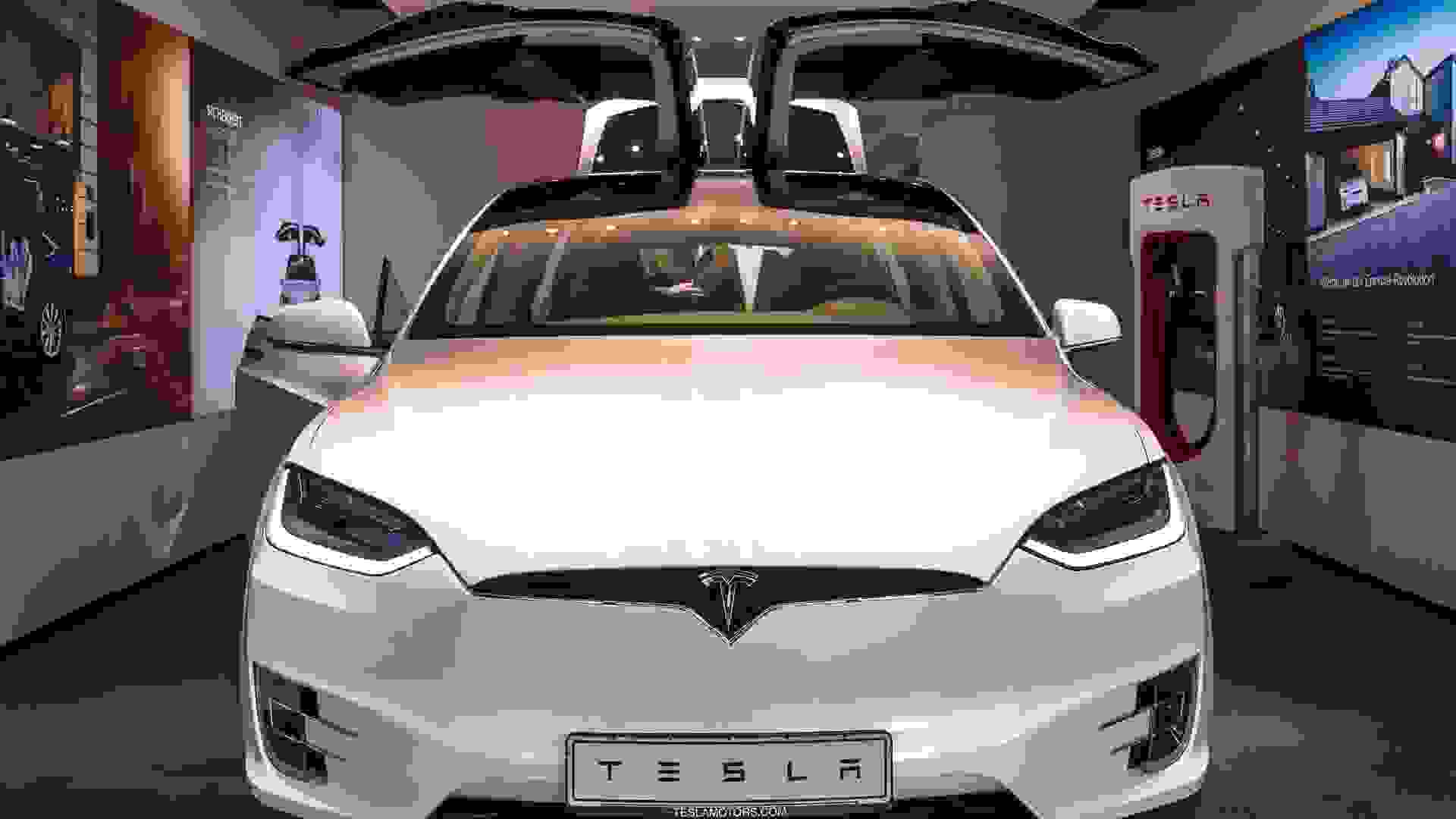 Maybe Elon Musk read that essay, too, because the Tesla CEO sure likes to get hands-on when it comes to both customer service and employee safety. In September of this year, it only took him 45 minutes to personally respond via Twitter to a customer complaint about a pushy shopping experience at a Tesla dealership.

Earlier in 2017, Musk sent an email to staff at Tesla’s Fremont, Calif., factory when it came under fire for high injury rates. Obtained by Electrek, the email requested that every single injury be reported to Musk directly “without exception.”

Moreover, the CEO pledged to meet every injured person to learn more about what caused each injury and vowed to “go down to the production line and perform the same task that they perform” in an effort to “lead from the front line, not from some safe and comfortable ivory tower.”

Perhaps Inc. said it best when it called Musk’s email a “master class in emotional intelligence.”

Be Like Elon: Elon Musk’s Best Tips for Aspiring Entrepreneurs 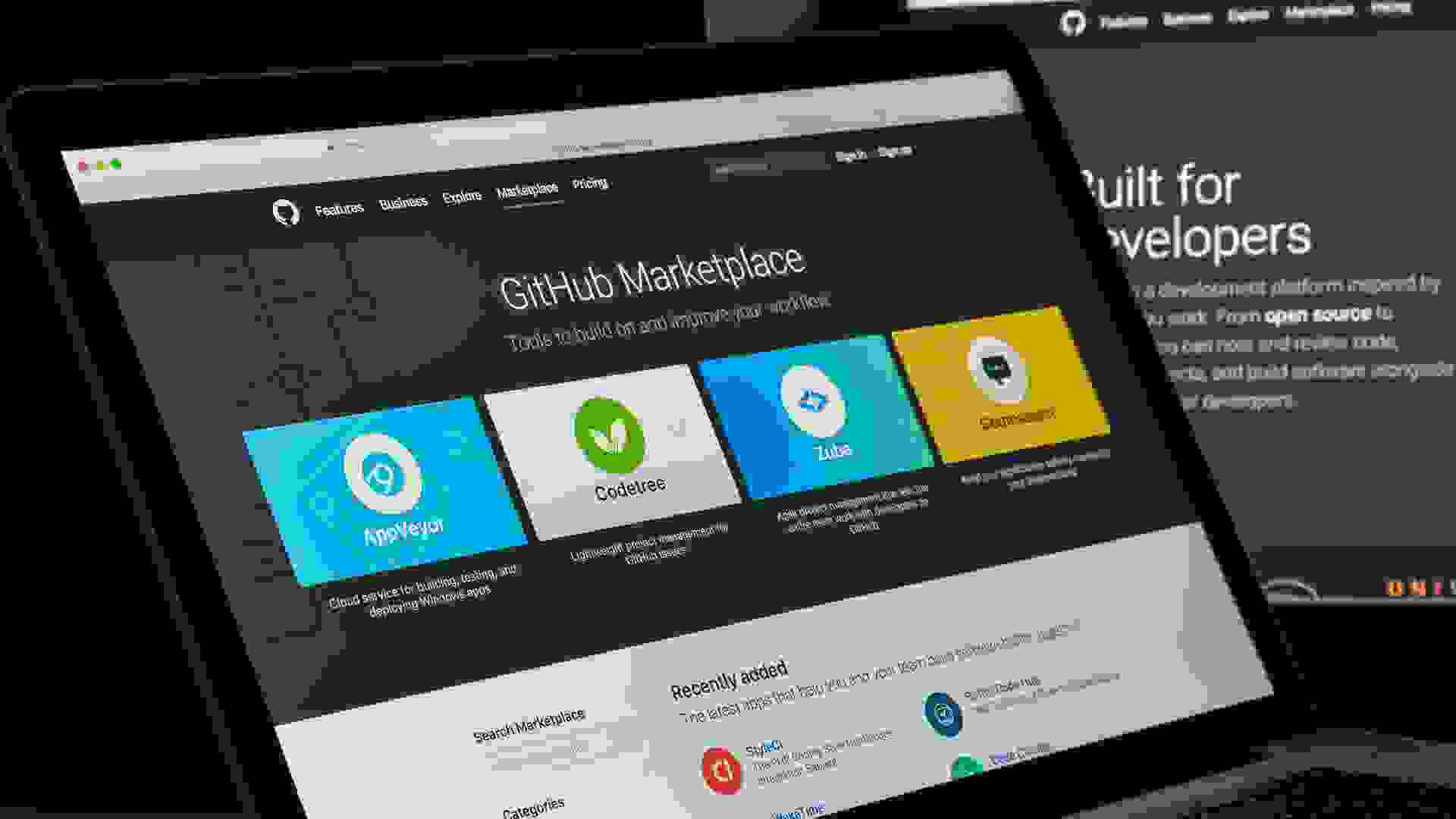 Over at Glassdoor, employer-verified info reveals some outstanding employee benefits at GitHub, where staff receives unlimited time off. At the site, anonymous employees report that the practice is in place to “make sure you are taking enough time off each year” and that managers actively “[encourage] employees to actually use it.”

Though it might sound like a business practice straight out of Bizarro World, GitHub apparently implemented the policy to address an issue where employees weren’t taking enough time off. This seems to be a-OK with GitHub employees, who at publishing time rated the company a 5 out of 5 in terms of benefits and 4.3 overall at Glassdoor. 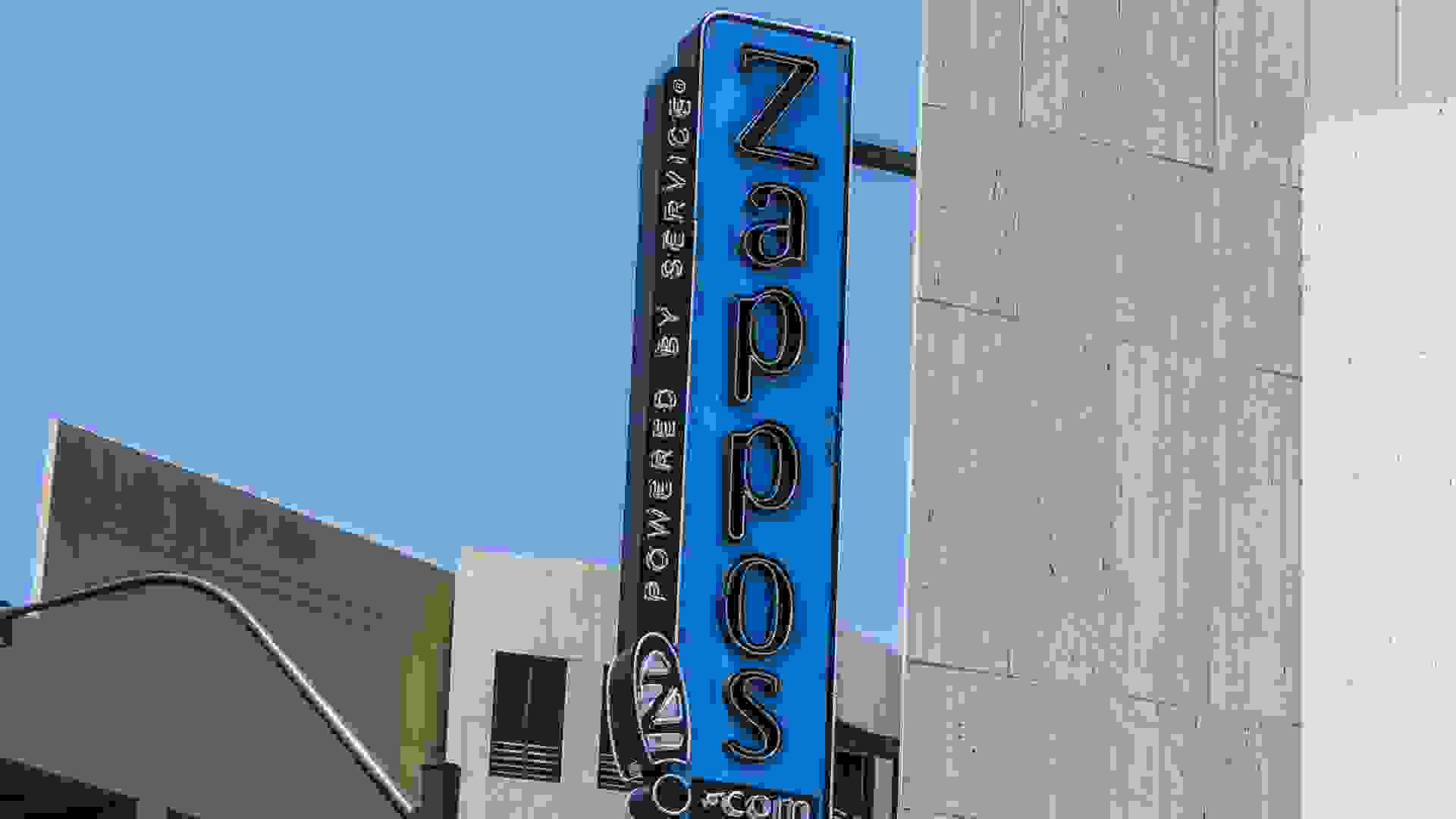 Zappos: Get Paid to Quit

In 2015, The Wall Street Journal reported that online shoe seller Zappos offered a minimum of three months’ severance pay to any employee who wanted to quit. The “pay-to-quit” move arose when Zappos adopted a quirky “holacracy” structure, in which employees manage themselves without job titles.

At the time, CEO Tony Hsieh ― a famously unconventional manager who lives in a 250-square-foot Airstream trailer by choice, despite a net worth of $780 million ― offered the deal to any employee who felt uncomfortable with the change, which he admitted was moving slowly.

Unfortunately for Hsieh, 210 out of Zappos’ 1,500 employees (about 14 percent of its staff) took him up on the offer. The Amazon subsidiary has no regrets, though. As its transition manager John Bunch told WSJ, “Whatever the number of people who took the offer was the right number, as they made the decision that was right for them and right for Zappos.” 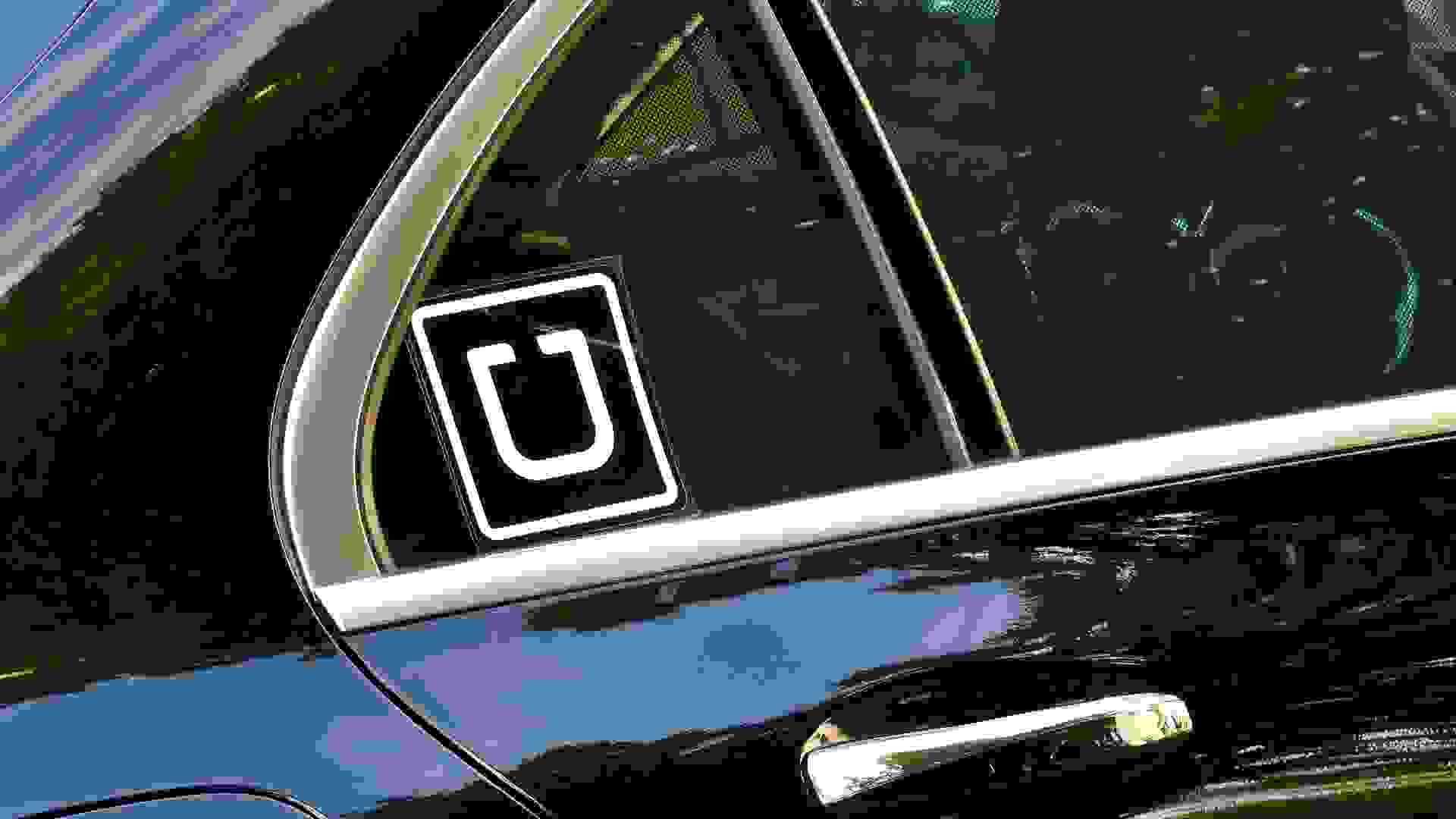 Uber is no stranger to sketchy business practices ― from former Uber reliability engineer Susan J. Fowler’s 2017 report of sexual harassment within the company to union disputes. Not to mention an ongoing and highly public feud with Lyft that included Uber using covert operatives to lure Lyft drivers over to their side with offers of cash, according to NPR.

In April, The Information broke the story that between 2014 and 2016, Uber had been using a secret spy software program called “Hell” to track Lyft drivers’ real-time locations and deploy its own cars into spots underserved by its rival. Uber also used this as a recruitment tool to convince Lyft drivers to join team Uber on the sly.

The class-action lawsuit that “Hell” brought upon Uber was ultimately dismissed, but the reputation damage remains.

Next Up: The Biggest Moneymakers and Major Flops of Top Companies 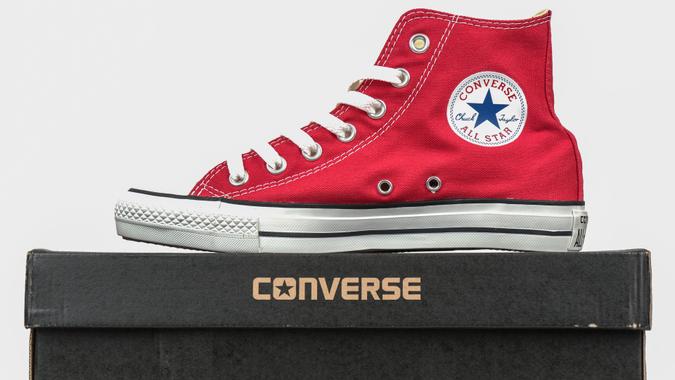 15 Companies That Failed Big Before Getting It Right

These companies battled bankruptcy to come out on top.

> Money > Business > Strange Business Practices From Amazon and These 9 Companies