When the Internet Bubble popped in 2000, the NASDAQ collapsed 78 percent from March 2000 to October 2002. It took investors 15 years to recover.

Tech stocks have fallen dramatically in the past several days after having led the market in 2017 thus far. While there has been no fundamental catalyst for the carnage, investors must determine if this is just a pause in the market or something more sinister.

Tech Has Been the Hero This Year

The market — as defined by the S&P 500 — has been driven by tech stocks, and by very few companies at that. According to Goldman Sachs, five tech darlings — Alphabet (Google’s parent company), Amazon, Apple, Facebook and Microsoft — have driven 40 percent of the gain in the market, but they only account for 13 percent of the S&P’s weight.

Don’t Miss: 20 Best-Performing Tech Stocks of the Past Decade

Tech’s killer theme is cloud computing, which is the use of computers hosted on the internet to store, manage and process data. Its hub is in Seattle, where its leaders — Alphabet, Amazon and Microsoft — battle for cloud domination. It’s a large, lucrative market that demands and rewards scale. That means the strong get stronger.

Facebook and Alphabet crush it in digital advertising. In this other winner-take-all market, they’re reaping the rewards and their “peers” — Snap Inc., which went public in March — are falling behind.

Of course, Apple, with the world’s largest stock valuation, rules the roost with its iPhones; and the tenth anniversary edition of the iPhone due this fall could drive big sales. Wall Street is expecting the company to ship 250 million iPhones in 2018. That’s unprecedented, and will be a manufacturing feat for Apple even if such demand materializes. Frankly, this is worrisome.

Investors must know that although there are similarities to the Dot.Bomb collapse — particularly investors’ infatuation with internet darlings — this time really could be different. Why?

One of the warnings before the 2000 internet collapse was that too many companies that had no profits could go public and then be highly valued.

Today, it’s more difficult to bring a tech company public. Investors demand more than they did during the Internet Bubble. Firms must be more mature. They are incubated longer by their venture capitalists and private equity investors. Even as private outfits, investors often can track their financial progress — many future public tech companies issue audited financial statements — and other key metrics.

The internet has also brought greater transparency for investors. Mom and pop know more today because they have access to the same data at the same time as the pros. Anytime the executives of a company say something to a Wall Street investor that reasonably can be expected to influence stock price, that firm must issue a press release. Almost all pro investor meetings are simultaneously webcast to those who may only own a single share. This democratization of financial information has helped level the playing field.

In scary times for tech investors, there are a few key things to do. Highlight the sector’s most important themes, which are big, durable, lucrative markets worldwide. Today, these likely include cloud computing, artificial intelligence, Internet of Things components (e.g., semiconductor chips) and over-the-top (OTT) content. Identify the leaders of these tech industries. Ultimately, you’ll get a chance to buy each one.

If the market were to tumble as it did in 2000, the catalyst will probably be a macroeconomic, big picture trigger, or a simple rotation away from tech to another sector.

Next Up: Fastest Growing Industries to Invest in for 2017 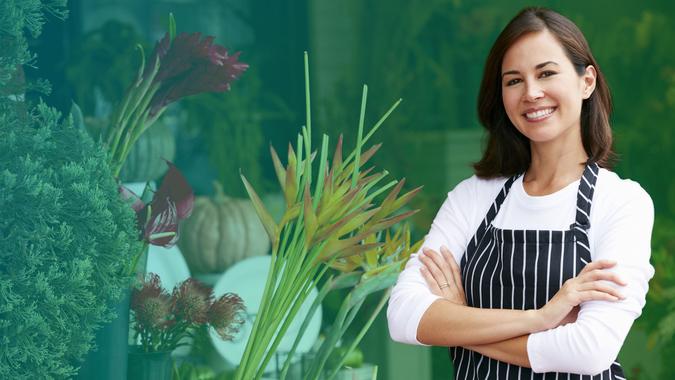 The Top 10 Free Resources and Tools for Small Business Owners

From invoicing to writing contracts, there are free resources any entrepreneur can use.

> Money > Business > Is the Tech Bubble About to Burst -- Again?