Their Loss, Your Gain? How Inflation Could Force Walmart to Discount More Items 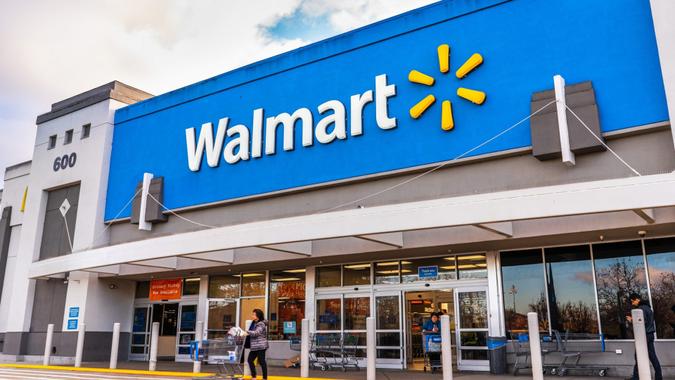 In a year of historically high inflation that has seen prices soar for everything from eggs and butter to airfare and sport coats, Walmart is going in the opposite direction by cutting prices on certain items. On Monday, the world’s largest retailer said it would lower prices on some of its products to reduce an abundance of inventory.

Walmart made the announcement July 25 after it warned that profits would head lower this year, partly due to sluggish sales of non-essential items. The retailer is expected to mark down prices of clothing, electronics, toys and other general merchandise items, Entrepreneur reported.

“The increasing levels of food and fuel inflation are affecting how customers spend, and while we’ve made good progress clearing hardline categories, apparel in Walmart U.S. is requiring more markdown dollars,” Walmart CEO Doug McMillon said in a statement. “We’re now anticipating more pressure on general merchandise in the back half. However, we’re encouraged by the start we’re seeing on school supplies in Walmart U.S.”

Walmart said it expects adjusted earnings per share for the second quarter and full year to decline around 8% to 9% and 11% to 13%, respectively. Consolidated net sales for Q2 and the full year are expected to grow about 7.5% and 4.5%, respectively. The company is scheduled to report second-quarter results on Aug. 16.

Walmart’s stock price fell 10% after hours on July 25, Seeking Alpha reported, leading to a broader selloff in the retail sector. The company’s foot traffic remains solid as consumers still flock to its stores to buy food, which is reflected in the gains it has reported in grocery items. Even so, food inflation “pulled more dollars away from GM [general merchandise] than we expected,” McMillon said.

One result is that Walmart has seen a higher-than-expected increase in inventory, leading to the need to mark down certain items to help clear the shelves.

Walmart and other retailers have also been impacted by an end to COVID-19 stimulus checks just as inflation has been on the rise. In June, rival Target said it is using markdowns and other steps to reduce its own excess inventory, MarketWatch reported. Target CEO Brian Cornell said at the time that his company expected a “post-stimulus slowdown” but was also caught off-guard by the “magnitude of that shift.”