Toyota To Roll Out 30 Electric Vehicle Models by 2030, Upping Investment to Nearly $18 Billion 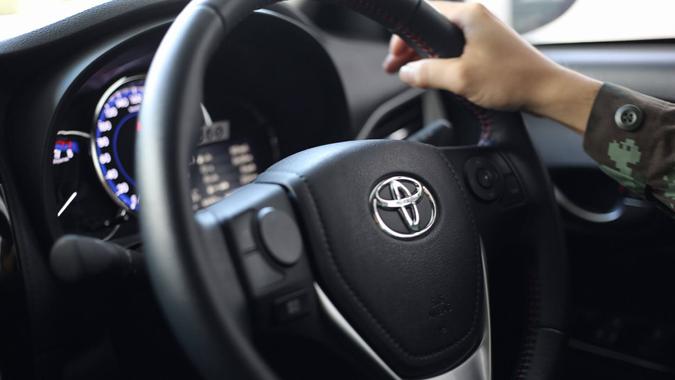 During a Dec. 14 press conference, Toyota announced it plans to roll out 30 battery electric vehicles (EVs) models by 2030, offering a full lineup of battery EVs in the passenger and commercial segments to global markets. Such a move would likely have massive economic impact, and the news could end up having an impact on Toyota stock.

The company also announced it aims to achieve global sales of 3.5 million battery EVs per year by 2030 and would increase its new investment in batteries to 2 trillion yen, ($17.6 billion) from the 1.5 trillion yen announced in September, “aiming to realize even more-advanced, high-quality, and affordable batteries.”

“Today, I would like to talk about Toyota’s strategy for achieving carbon neutrality — particularly our strategy for battery electric vehicles, which represent one of the most promising options,” company president Akio Toyoda said during the conference, per the transcript. “I believe that achieving carbon neutrality means realizing a world in which all people living on this planet continue to live happily. We want to help realize such a world. This has been and will continue to be Toyota’s wish and our mission as a global company.”

Toyoda added that the company believes all electrified vehicles can be divided into two categories, depending on the energy that they use. One category is that of “carbon-reducing vehicles.”

“If the energy that powers vehicles is not clean, the use of an electrified vehicle, no matter what type it might be, would not result in zero CO2 emissions,” he said.

The other category is that of “carbon-neutral vehicles.”

“Vehicles in this category run on clean energy and achieve zero CO2 emissions in the whole process of their use,” he added.

Toyoda said that over the course of the past 26 years, the company invested nearly 1 trillion yen and produced more than 19 million batteries, adding that “we believe that our accumulated experience is an asset that gives us a competitive edge.”

The Wall Street Journal reports that Toyota’s shift to EVs has been slower than such moves being made by competitors. This may be, in part, due to a lack of charging infrastructure and electricity supply in many of the countries where Toyota sells cars, according to Toyoda.