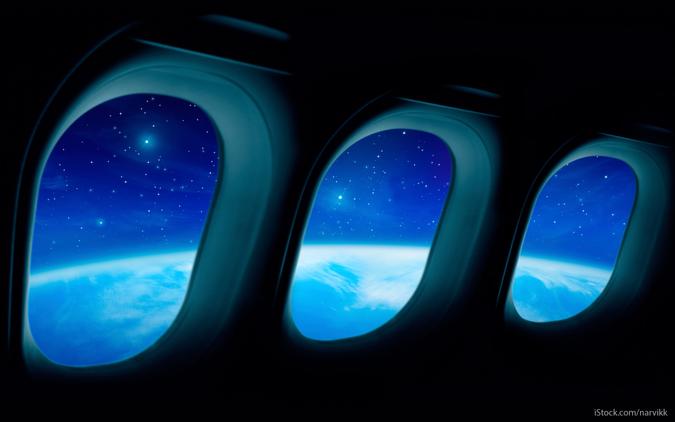 Billionaire Richard Branson’s space company, Virgin Galactic, launched his spaceplane VSS Unity from Spaceport America in New Mexico early Sunday morning. With the flight, which took Branson and his team to the edge of Earth’s atmosphere, Branson became the first individual to travel on a space vehicle manufactured by his own company, MIT Technology Review reported.

See: If You Could Afford to Go to Space, Would You? We Asked Someone Bidding on a Seat in Bezos’ New Spaceship
Find: Numbers Behind the Modern-Day Space Race — Why Billionaires Are Obsessed With Going to Space and How Much They’re Spending

Selling commercial flights to the edge of space is one of Branson’s goals for Virgin Galactic. For the price of $250,000, passengers will enjoy a 90-minute ride that will include several minutes of weightlessness and a breathtaking suborbital view of Earth from just below the Karman line, the invisible boundary commonly accepted as the edge of space.

Although such a luxury experience may not be accessible to most people, roughly 650 celebrities, including Justin Bieber and Leonardo DiCaprio, have already signed up for flights, expected to launch later this year, according to MIT Technology Review.

See: 5 Space Stocks to Keep Your Eye On
Find: Amazon Makes a Big Bet on Space

Branson had been expected to travel on one of these future flights, but surprisingly pushed the date up, allegedly as a way to beat Amazon founder and fellow billionaire Jeff Bezos to space, according to MIT Technology Review.

Although near-space travel may not be accessible to the average person for many years, space industry analysts say the trip holds significance for the future of space tourism. “The billionaire aspect of this space race is an unfortunate distraction,” space industry analyst Caleb Williams told the MIT publication. “The much more important part is we are democratizing access [to space]. This is a coming-of-age moment.”