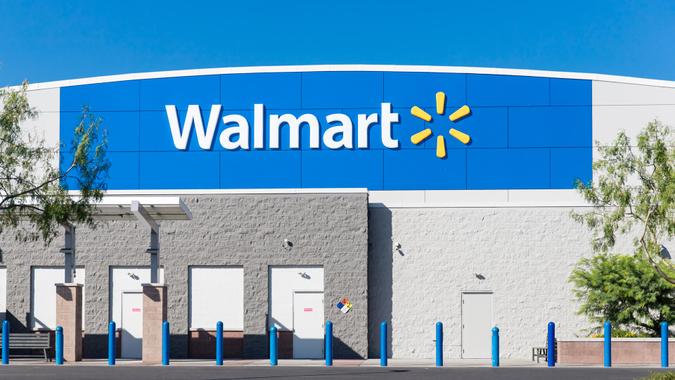 Walmart will take a great tech leap forward beginning this year as it opens a series of next-generation fulfillment centers designed to improve distribution efficiency, bolster its online business, and make life easier for employees.

See: 10 Things You Should Always Buy at Walmart
Read: 9 Bills You Should Never Put on Autopay

The world’s largest retailer announced June 3 that it is building four new FCs over the next three years that will be the first of their kind at Walmart. The centers will combine people, robotics and machine learning to help speed up fulfillment and make for a more positive work environment. The first FC is slated to open this summer in Joliet, Illinois.

The new facilities are being developed in partnership with Knapp, a tech company that specializes in intelligent fulfillment solutions. The idea is to create an automated, high-density storage system that streamlines a manual, 12-step process into just five steps. Walmart is already testing the system in its fulfillment center in Pedricktown, New Jersey.

“[We] have seen how the benefits of this technology are wide-ranging and include more comfort for associates, double the storage capacity, and double the number of customer orders we’re able to fulfill in a day,” David Guggina, Senior Vice President of Innovation and Automation for Walmart U.S., wrote in a blog post on the company’s website.

The facilities will collectively employ more than 4,000 workers and introduce new tech-focused jobs such as control technicians, quality audit analysts and flow managers.

As CNBC reported, Walmart’s new fulfillment centers are being built as the retailer aims to cut into Amazon’s share of the online retail market. Amazon’s Prime memberships make it easy for consumers to order a wide variety of items and have them delivered within a couple of days.

A rising percentage of Walmart’s sales are coming from online orders as well. The retailer currently has 31 facilities that prepare online orders, and more than 3,500 of its stores — roughly three-quarters — fulfill online orders.

Meanwhile, dozens of Walmart stores have transitioned into mini-warehouses for online grocery orders. The company also plans to add robotics to more than 40 of its regional distribution centers in coming years.