Why Are Uber And Lyft So Expensive Right Now? 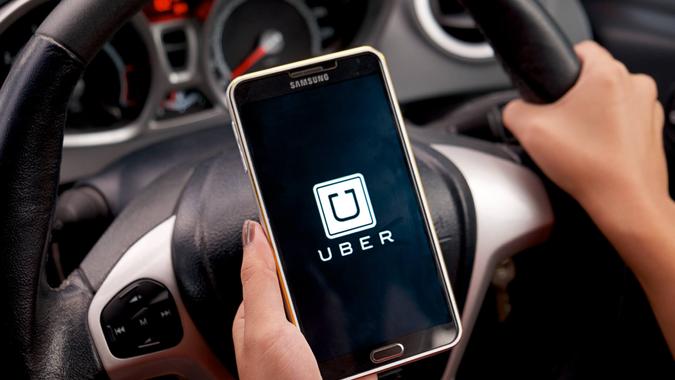 In mid-June, I embarked on my first air travel since before the pandemic. I planned to just take an Uber to the airport, figuring it was worth it to spare my husband the stress of taking time off work to drive me. Then I saw the estimated cost for the ride: $89 — to drive 10 miles. I’m used to rolling my eyes at inflated fares during rush hour and late nights, but this was more than double the pre-tip amount I’d paid before the pandemic.

Find Out More: The Effect of Consumer Spending on Inflation
Check Out: Pandemic Shortages: Buy This, Not That

Was it just an LAX thing? A freak event?

I made my husband drive me to the airport and then when I landed at my destination, I hailed an Uber to the hotel — for $50. Seemed reasonable, given that I was in approximately the middle of nowhere, Montana, and had no idea where I was going. But a record 30 minutes later, the driver pulled up on time and I plopped in, braced for a long ride.

Exactly 12 minutes later we were at the hotel. Twelve minutes = $50. That’s more than $4 a minute. Was this just some new airport thing? Had some legislation passed that I didn’t know about? Was I dead and just didn’t know it? I had so many questions.

And now, two months and what feels like two billion dollars in Uber and Lyft fare later, I still don’t know what the heck is going on. Friends in other cities tell me it’s just as bad there as it is in Los Angeles. Recent research from Rakuten Intelligence found that the cost of a ride was 40% higher in April than it was a year prior.

Why have Uber and Lyft become so expensive?

It has everything to do with the pandemic.

Peter C. Earle, an economist at the American Institute for Economic Research, explained that owing to a shortage of drivers, surges (and the higher prices associated with them) have become more common.

Goodbye, Seafood? Inflation and Shortages Have Restaurants Taking Items Off the Menu

Why haven’t all previous Uber and Lyft drivers gotten back behind the wheel as the world has opened back up? One reason could be that they’re actually making more money being unemployed than they are being a gig worker.

“Given the federal unemployment bonus on top of state unemployment payments, a lot of former drivers are making more out of work than they would driving, and doing so without the wear-and-tear on their autos,” Earle said.

On top of the driver shortage, we’ve also got the rental car shortage, which only intensifies the demand for Uber and Lyft, and then on top of that we’ve got the rising cost of fuel, Earle said.

Related: Manufacturing Delays Are Making It Harder to Get These 6 Things

The question now is when will things get to the point they were pre-pandemic, when Uber and Lyft rides were reasonable expenses as opposed to jaw-dropping splurges?

“What remains to be seen is whether the pre-Covid period was a halcyon era, never to be seen again, or whether the clearly underappreciated bounty of cheap, readily available rides can be reattained,” Earle said. “It seems as if a lot of hurdles would have to be overcome in order for that to happen [such as]

Most of these factors are well beyond our control. As passengers, the best thing we can do, from a big picture economic standpoint, is to shift the competitive balance back so that there is less demand for ride-share services.

“If Uber or Lyft (etc.) service is harder to access or more costly, this might be the perfect time to re-acquaint oneself with both classic taxis/livery cabs, and/or public transportation,” Earle said.