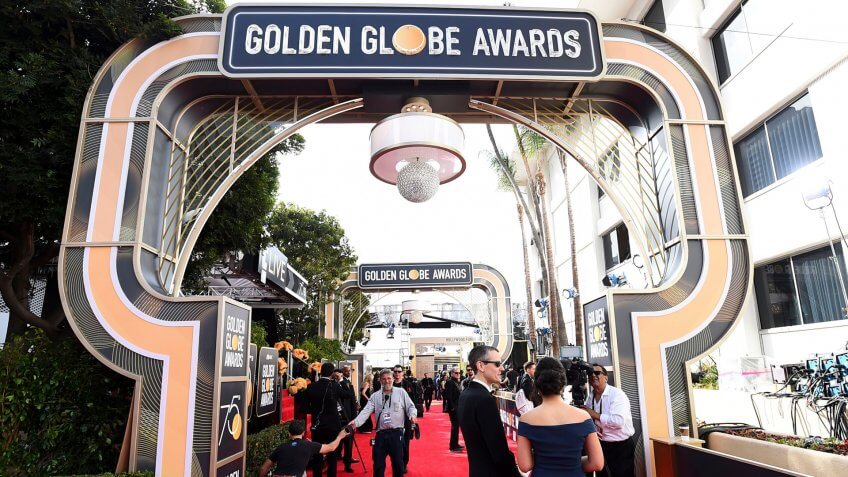 It’s the Hollywood Foreign Press Association’s biggest night of the year when the Golden Globes kick off the entertainment awards season. The Golden Globe Awards ceremony will air on Sunday, Jan. 5, 2020, live from the Beverly Hilton in Los Angeles.

For Golden Globe nominees, winning can mean a lot — including a higher salary — and some winners have made big career moves off of post-award popularity. The value of a Golden Globe nomination in 2020 is undetermined, but a Golden Globe definitely boosts an entertainer’s star power, and thus their negotiating power. By looking at past careers, you can estimate how much a major award nomination is worth. 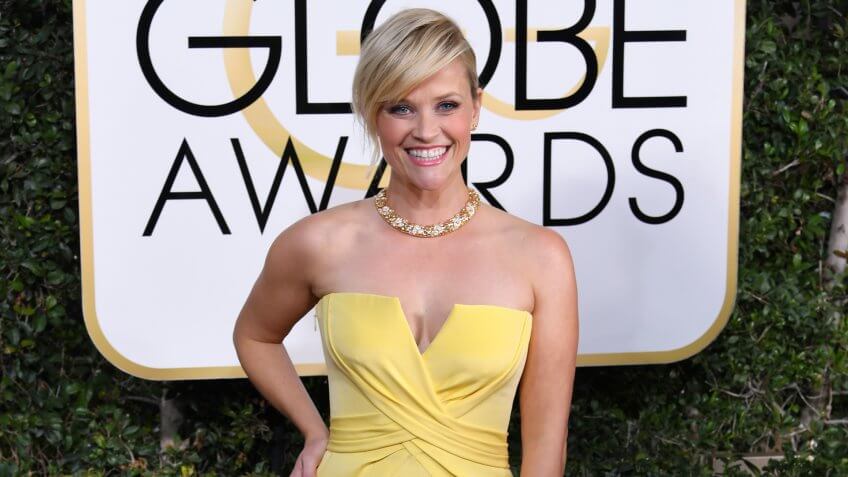 Reese Witherspoon earned her seventh Golden Globe nomination this year for her role as news reporter Bradley Jackson on “The Morning Show.” With a reported $1.1 million per episode salary, Witherspoon is one of the highest-paid actors on television, according to Variety.

Witherspoon previously earned two Golden Globe nominations — including one win — as one of the power players in the juggernaut “Big Little Lies.” Not only did she earn a Globe for playing mom and busybody Madeline Martha Mackenzie in 2018, but she also earned a sizeable raise. For the show’s second season, Witherspoon’s salary tripled from a rumored $250,000 to $350,000 per episode to a reported $1.25 million per episode. 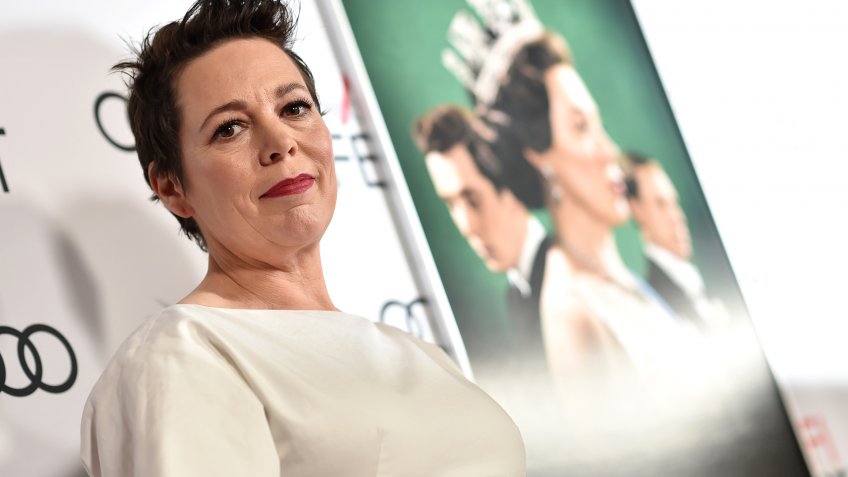 Following her 2019 win for “The Favourite” — a performance that also earned her an Oscar — Olivia Colman’s worth as an actress skyrocketed, The Mirror reported.

She’s now nominated for portraying Queen Elizabeth in “The Crown,” a role she took over from Claire Foy. Although Colman’s pay for the show hasn’t been revealed, Forbes reported that she is expected to make much more than Foy’s $40,000 per episode salary, with The Mirror reporting that she can now expect to earn 25 million pounds ($33 million) from her upcoming projects. 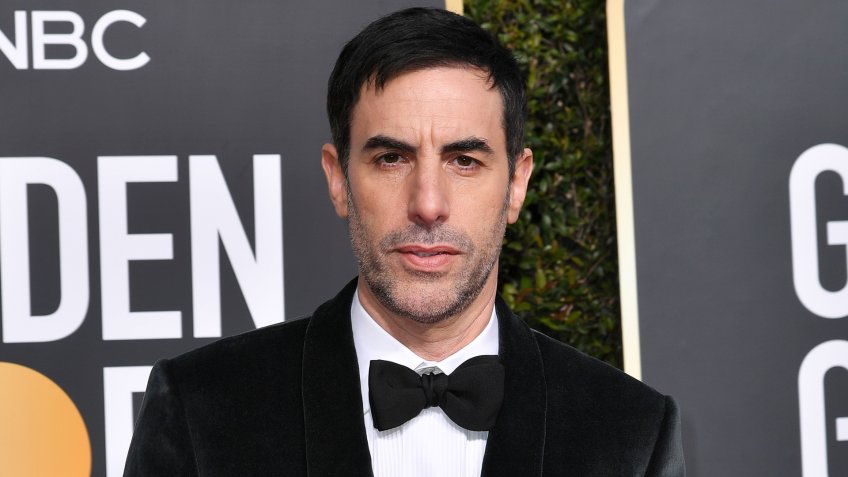 Following the success of “Borat: Cultural Learnings of America for Make Benefit Glorious Nation of Kazakhstan” — which earned Sacha Baron Cohen his first Golden Globe nomination in 2007 — and “Brüno,” multiple studios were clamoring to make Baron Cohen’s next film, “The Dictator.” Forbes reported that his upfront deal from Paramount was worth upwards of $20 million.

Although the movie ended up being a flop, Baron Cohen could laugh all the way to the bank as he recovered. He has since been nominated for two more Golden Globes: best performance by an actor in a television series (musical or comedy) for “Who Is America?” in 2019, and best performance by an actor in a limited series or motion picture made for television for “The Spy” in 2020. 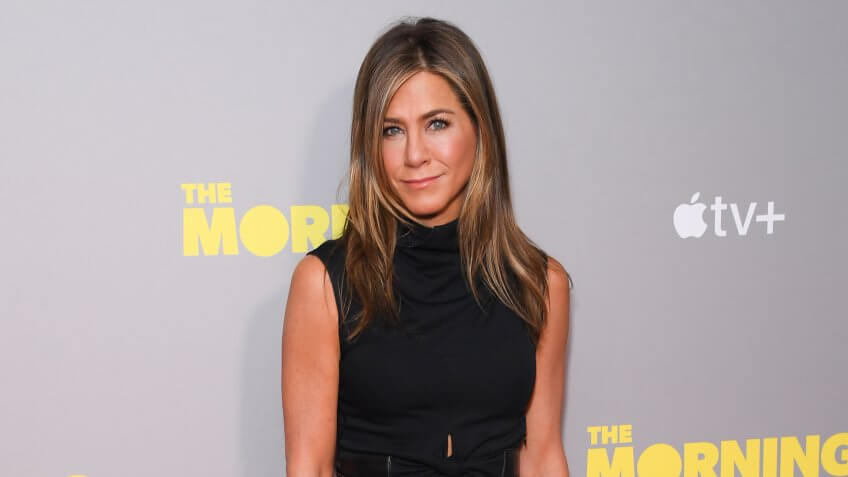 Jennifer Aniston got her first Golden Globes nomination in 2002 for “Friends,” and though she didn’t win, she won the award for her role as Rachel Green the following year. For seasons seven and eight of the show, which aired from 2000 to 2002, Aniston was already making an impressive $750,000 per episode, Business Insider reported. Following her nomination, Aniston got a pay raise for the final two seasons of the show and was bringing in $1 million per episode.

Aniston was nominated again in 2015 for “Cake” and is up for the best performance by an actress in a television series (drama) in 2020 for “The Morning Show” — a role she’s earning $1.1 million per episode for, Variety reported. 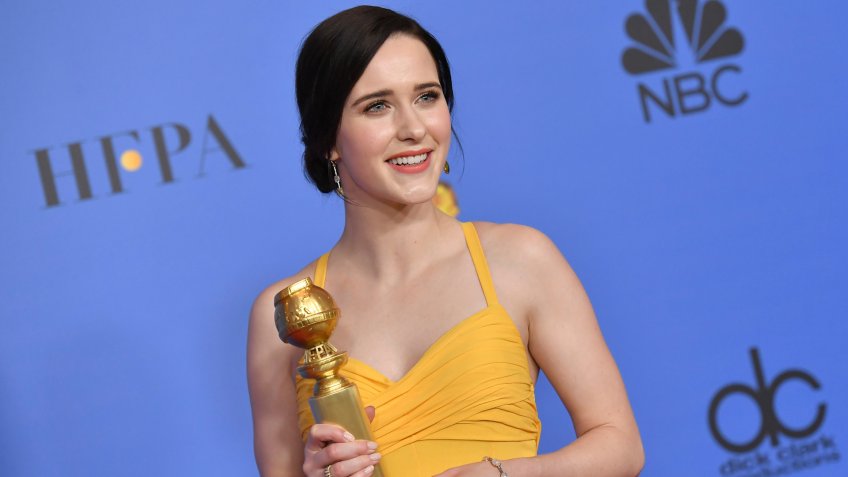 Rachel Brosnahan is now two-for-two when it comes to the Golden Globes, winning both times she was nominated for her performance in “The Marvelous Mrs. Maisel.” She now has the chance to go three-for-three, with a 2020 nomination for her role.

Brosnahan — who started off on the show as a relative unknown — has risen to new levels of fame, and her acclaim throughout the awards circuit likely helped her renegotiate her pay for the most recent third season. Brosnahan now earns roughly $300,000 per episode — triple her previous salary, Deadline reported. 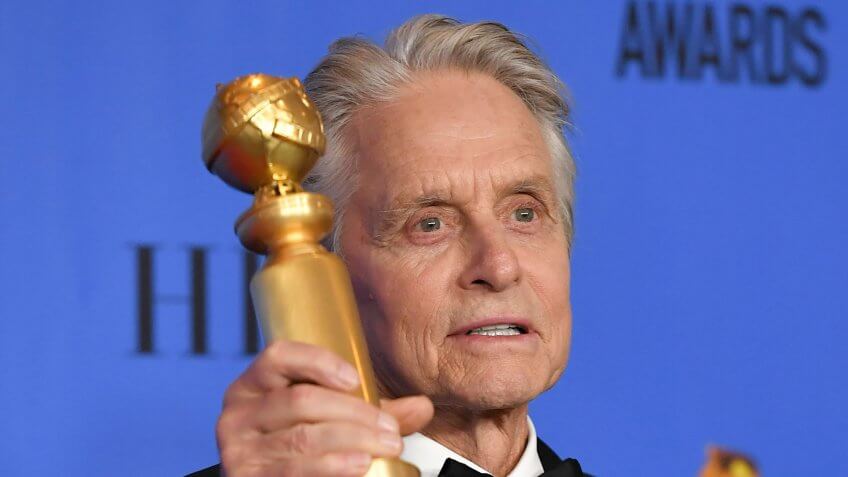 Michael Douglas is practically a regular at the Globes — he’s been nominated 10 times, received the Cecil B. DeMille Award and received his third acting award in 2019 for his starring role in “The Kominsky Method.” Douglas has been nominated for the show again for 2020. Although Douglas’ salary for the show hasn’t been reported, he’s racked up an impressive $300 million net worth over the years.

Make the Most of Your Money: The Ultimate Financial Planning Guide 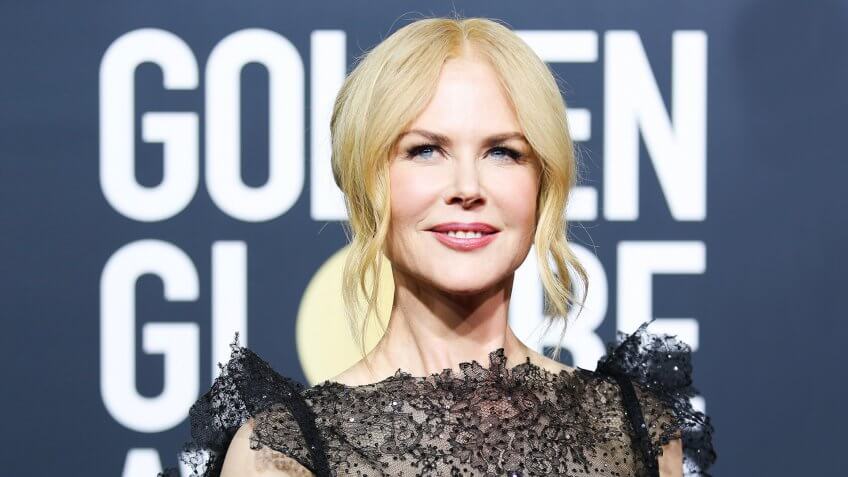 Nicole Kidman is no stranger to Globes acclaim. The actress has been nominated for 15 Golden Globe awards — including a 2020 nomination for her role in “Big Little Lies.”

Kidman reportedly received a pay raise for season two of the show. Like Witherspoon, Kidman is said to have earned $1 million an episode for the second season of the HBO drama, which is a big boost from her reported $250,000- to $350,000-an-episode paycheck from season one, The Hollywood Reporter reported. 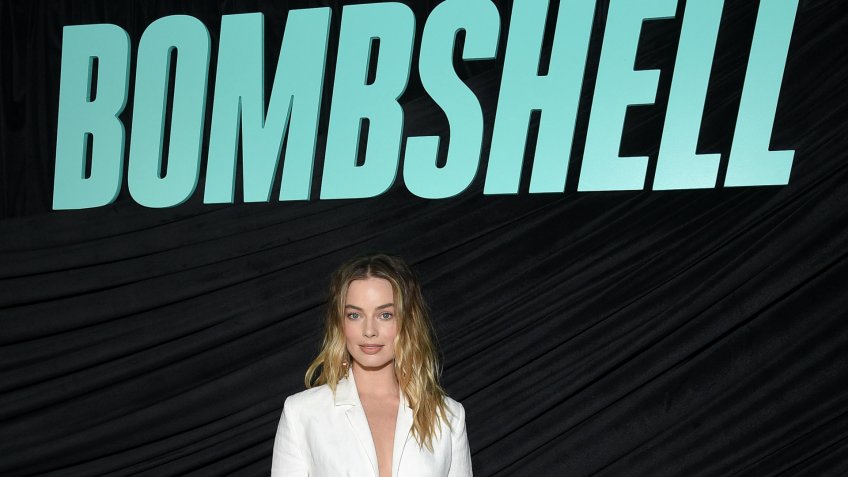 Margot Robbie scored her first Golden Globe nomination in 2018 for “I, Tonya,” a movie that she starred in and produced on an $11 million budget, MarketWatch reported. Although her take-home pay hasn’t been reported, it was most likely less than the $9 million to $10 million she is getting paid for the upcoming movie “Birdes of Prey,” according to Variety’s salary estimate.

Perhaps she’ll get another paycheck boost following her 2020 nomination for “Bombshell.” 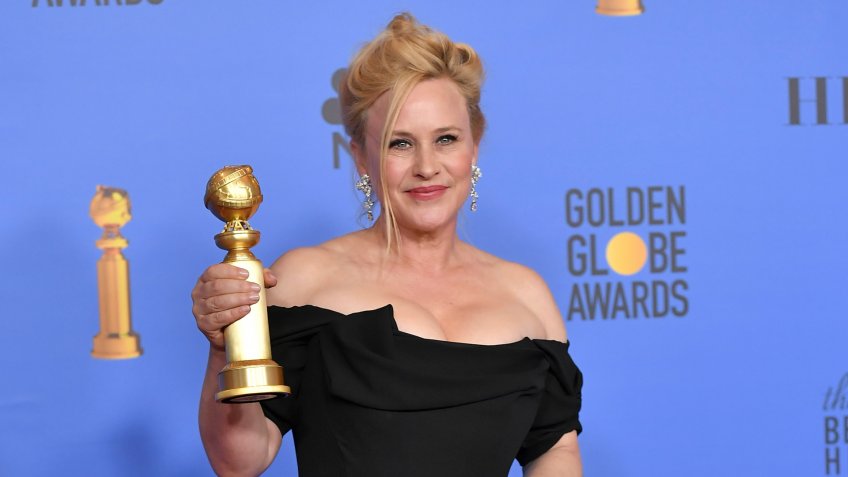 “It’s important to me as an actor to be able to make a living, [but] I’m going to tell you something — I paid more money to my babysitter and my dog walker than I made on ‘Boyhood,’ and to be in ‘Boyhood,’” she told WENN in 2015. 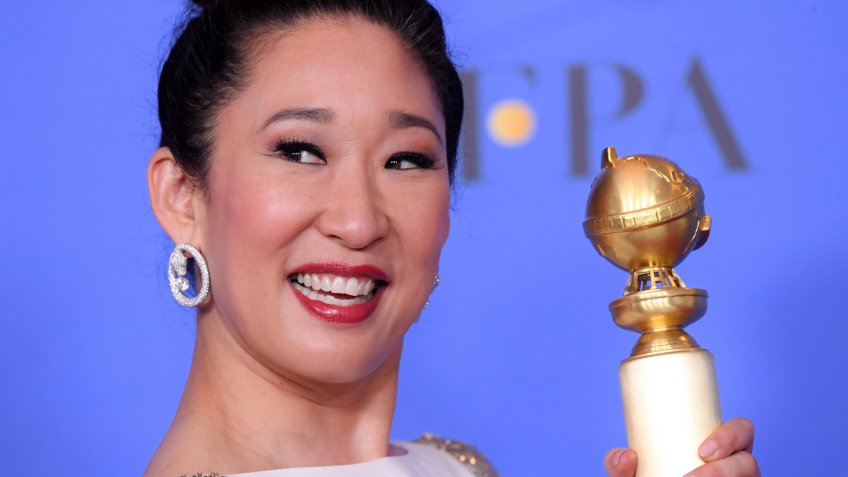 Sandra Oh not only co-hosted the 2019 Golden Globes but she took home an award, too. The star received the Golden Globe in 2019 for best performance by an actress in a television series (drama) for her lead role in the much-buzzed-about thriller “Killing Eve.” Back when she was on “Grey’s Anatomy,” Oh was earning $350,000 an episode, TV Guide reported, and although she only makes $100,000 an episode for “Killing Eve,” according to Variety, Oh has said that she’s been waiting 30 years for a role like Eve Polastri. 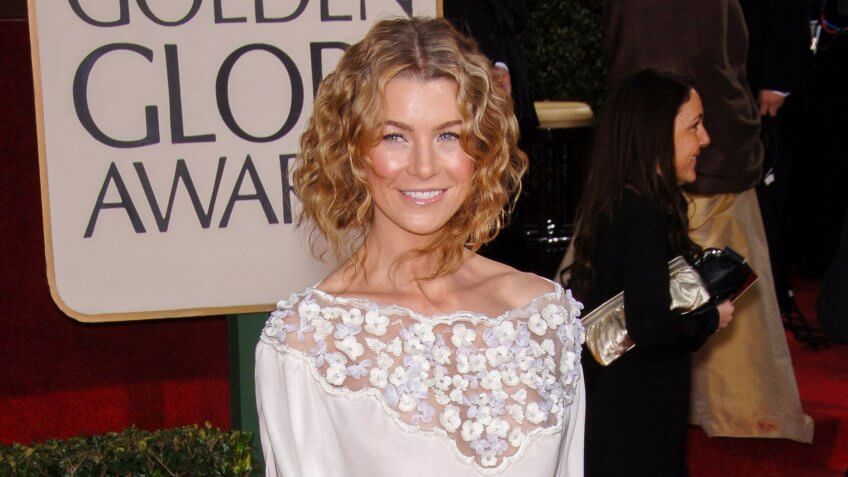 Actress Ellen Pompeo has played Dr. Meredith Grey for nearly two decades on “Grey’s Anatomy,” and she’s one of TV’s highest-paid actors. She was nominated for a Golden Globe in 2007 for portraying the show’s namesake. In the same year, Pompeo was making $200,000 per episode. She now commands more than $20 million a year — $575,000 per episode. 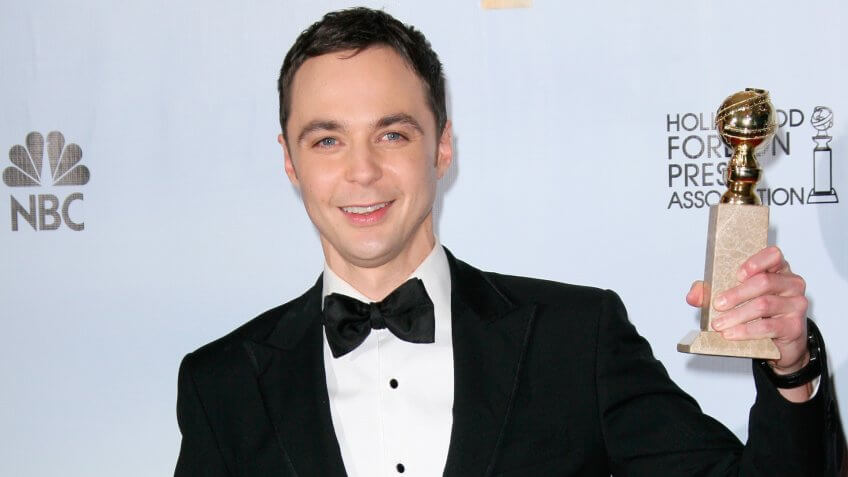 If Sheldon Cooper knew how much Jim Parsons pulled in for each episode of “The Big Bang Theory,” his reaction would likely be “bazinga!” After three nominations and one Golden Globe win, Parsons saw a boost in his paycheck that more than tripled his salary. In August 2014, The Hollywood Reporter reported Parsons’ pay per episode increased from $325,000 to $1 million. “The Big Bang Theory” concluded after its 12th season, allegedly because Parsons was ready to move on. 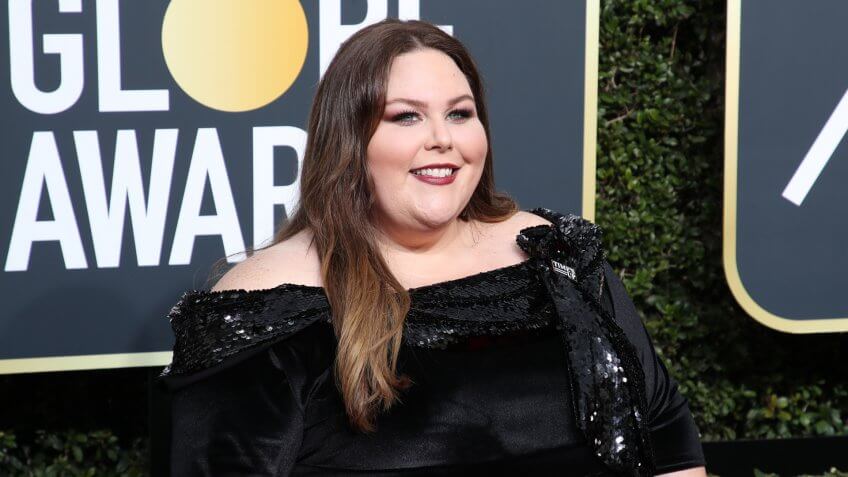 Chrissy Metz is a part of the ensemble cast that leaves audiences in tears after every episode. The “This Is Us” breakout star was earning $40,000 per episode during season one. Three seasons and two Golden Globe nominations for Metz later, the actress now commands $250,000 per episode, according to The Hollywood Reporter. 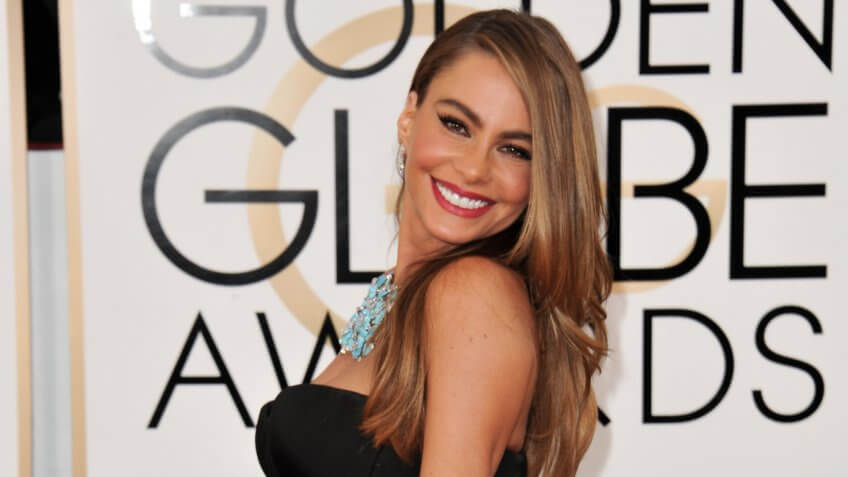 The four-time Golden Globe nominee has been making audiences laugh as Gloria Delgado-Pritchett on “Modern Family” for more than 10 years. Prior to her nominations, Sofia Vergara was making about $65,000 per episode. Not a shabby amount of money, but she’s now the second-highest-paid actress in the world thanks to the $44.1 million she earned last year between her “Modern Family” salary and lucrative endorsements, according to Forbes. 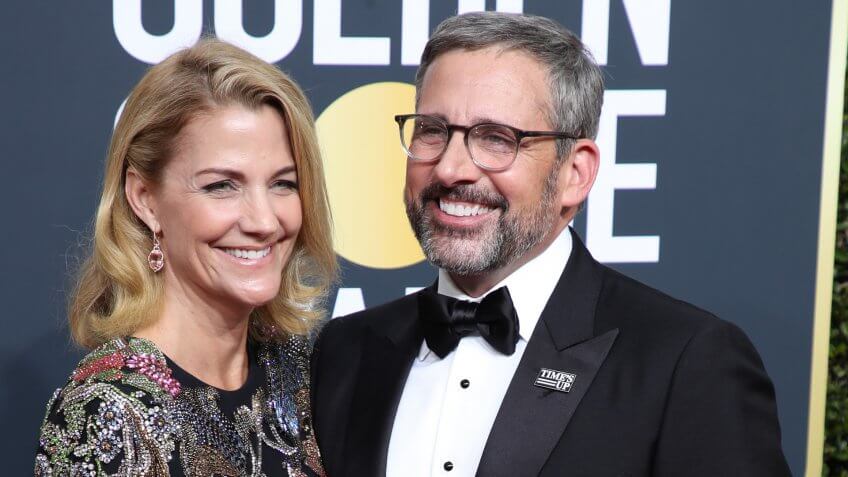 Steve Carell played the exasperatingly unaware yet endearing boss in “The Office” for seven seasons. Carell’s work as Michael Scott received five nominations and one Golden Globe win and his paycheck — $297,000 per episode — reflected the show’s success. Carell has since transitioned to the silver screen and has demonstrated his acting range by taking on both comedic and dramatic roles, and he’s even lent his voice for animated movies. He has made a return to the small screen to star in Apple’s “The Morning Show,” which earns him $600,000 per episode, according to Variety. 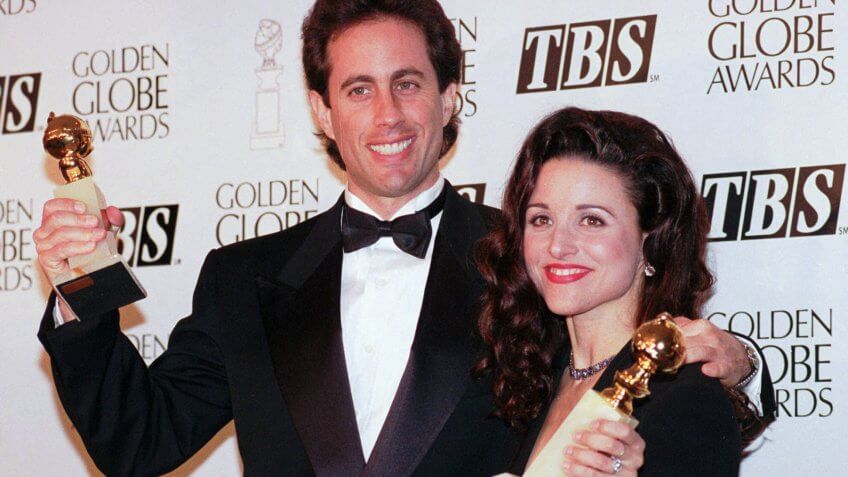 It’s been 20 years since the “Seinfeld” finale, and Julia Louis-Dreyfus remains a household name and one of the richest actresses of all time. The sitcom that was famously “about nothing” launched the careers of its stars and made them very wealthy. By the show’s final season, Louis-Dreyfus leveraged her Golden Globe nomination and win to negotiate a 300% raise, from $150,000 to $600,000 per episode, according to Entertainment Weekly.

Keep Your Savings Growing: 20 Ways To Save Money Fast 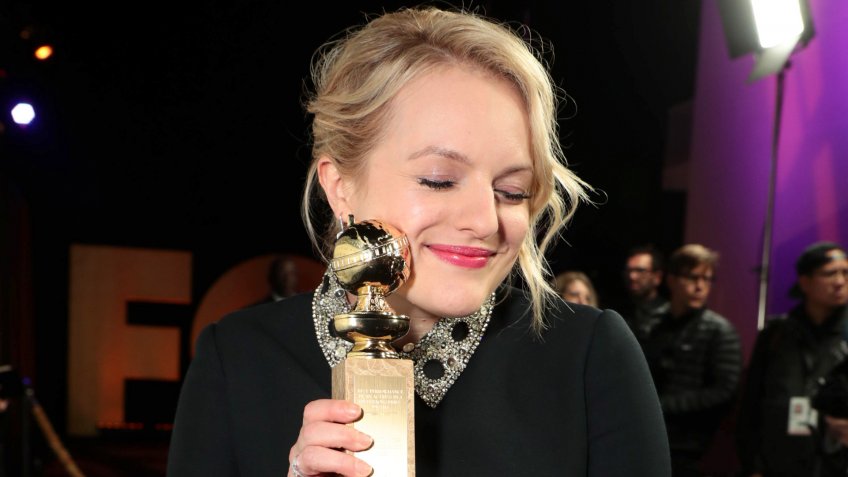 After successful runs on “The West Wing” and “Mad Men” — which earned her a 2011 Golden Globe nomination — Elisabeth Moss was able to land the titular role on “The Handmaid’s Tale.” Moss’ salary jumped from $75,000 per episode for her portrayal of secretary-turned-copywriter Peggy Olson in “Mad Men” to a reported $200,000 per episode for her powerful performance as Offred in “The Handmaid’s Tale.”

Moss won the Globe for her “Handmaid’s Tale” performance in 2018, and she was nominated for best performance by an actress in a television series (drama) for the role in 2019 as well. Since the nominations, her salary has increased again to $1 million per episode, Variety reported. 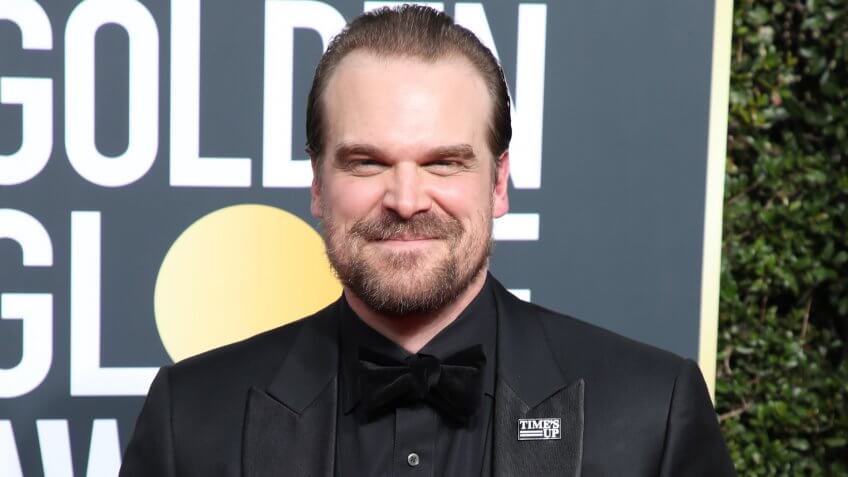 Due to the smashing success of the Netflix show “Stranger Things,” David Harbour and his castmates received major pay raises. Upon the show’s debut in 2016, Harbour was making around $80,000 per episode. Harbour was able to parlay his 2018 Golden Globe nomination and the show’s popularity into a boost to the tune of $350,000 an episode, according to The Hollywood Reporter. 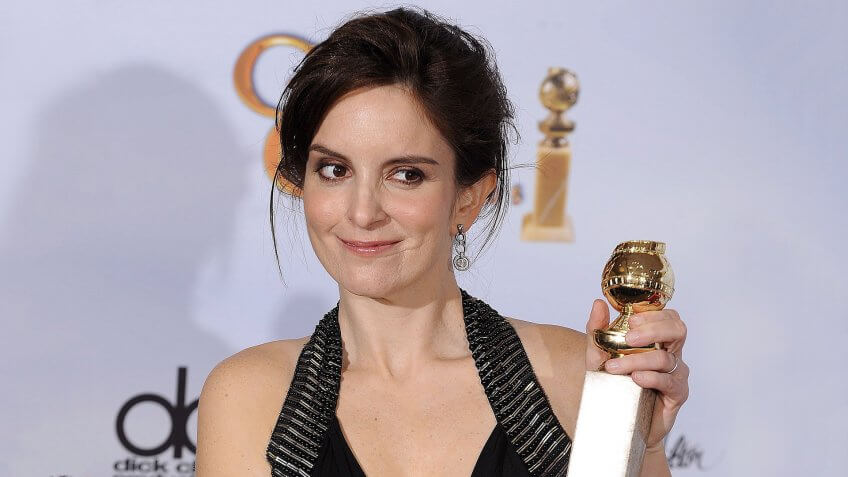 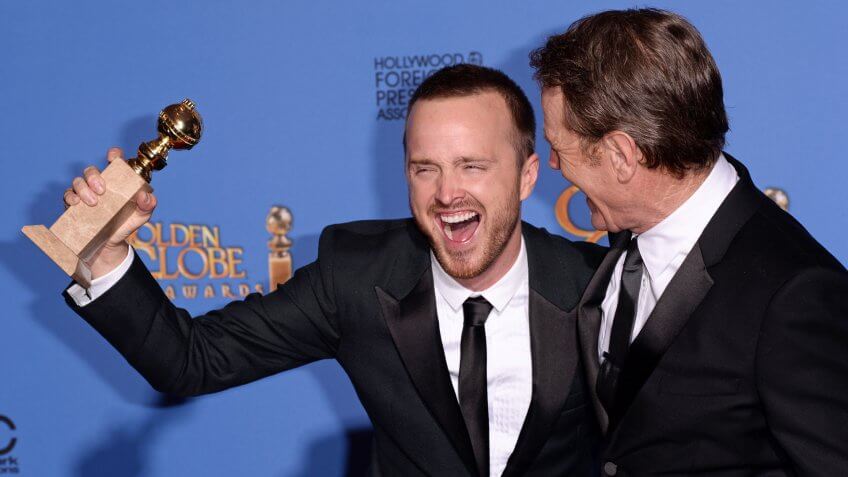 For five seasons, Aaron Paul played Jesse Pinkman in “Breaking Bad,” and the show is still regarded as one of the greatest shows of all time by critics and fans. Before his 2014 Golden Globe nomination, Paul was reportedly making $150,000 per episode. Paul was working on “The Path,” from 2016 to 2018, and he was able to leverage his popularity and talents to command $225,000 per episode, according to Variety. 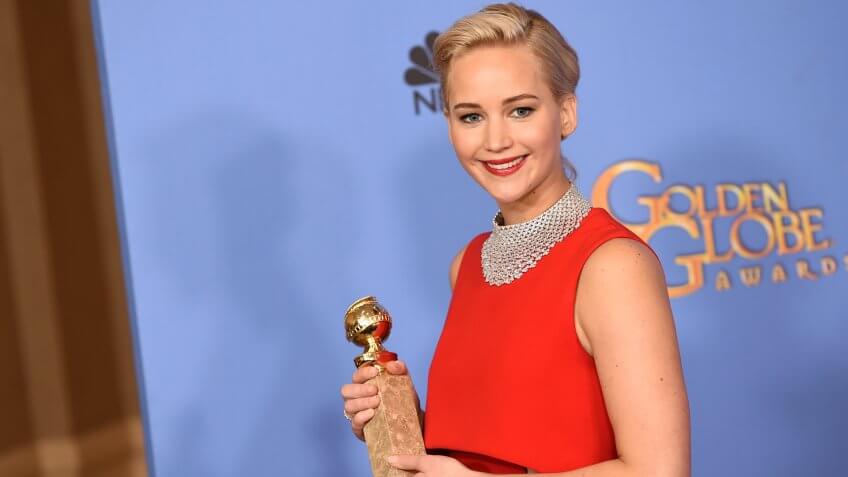 She’s known for her blockbuster roles as Katniss Everdeen and Mystique, but Jennifer Lawrence’s breakout came in 2010’s “Winter’s Bone” and forever altered the course of her journey to superstardom. She received a Golden Globe nomination for her work in the film. Just one year after her nomination, she earned $500,000 for the first “Hunger Games” movie and later went on to become the highest-paid actress of 2016. 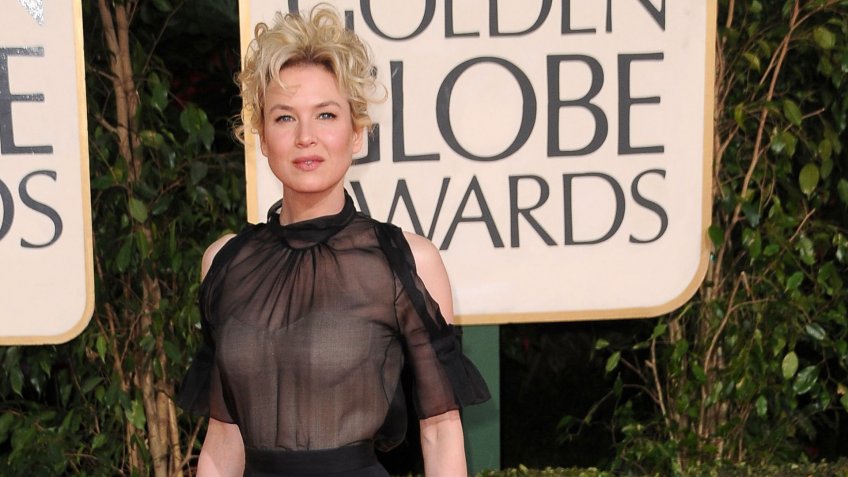 Renee Zellweger earned her seventh nomination this year for her lead role in “Judy.” The actress was first nominated back in 2001 for “Nurse Betty,” and she took home the award that year for best performance by an actress in a motion picture (musical or comedy). Although her salary for that film hasn’t been reported, by 2004 she was earning $15 million for “Bridget Jones: The Edge of Reason,” according to The Hollywood Reporter. 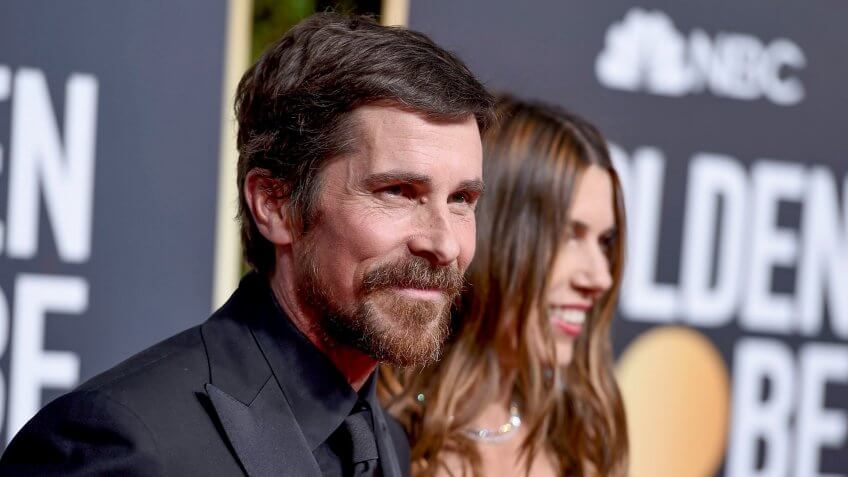 Although Christian Bale had been acting for decades, it wasn’t until 2011 that he got his first Golden Globe nomination and win for “The Fighter” — a movie that he did as a passion project and was only paid $250,000 for, IMDB reported. He made up for any lost potential salary following his win when he starred in 2012’s “The Dark Knight Rises,” for which he took home a $15 million paycheck, Men’s Health reported.

Bale has now been nominated for five Globes in total, including a 2020 nomination for “Ford v Ferrari.” 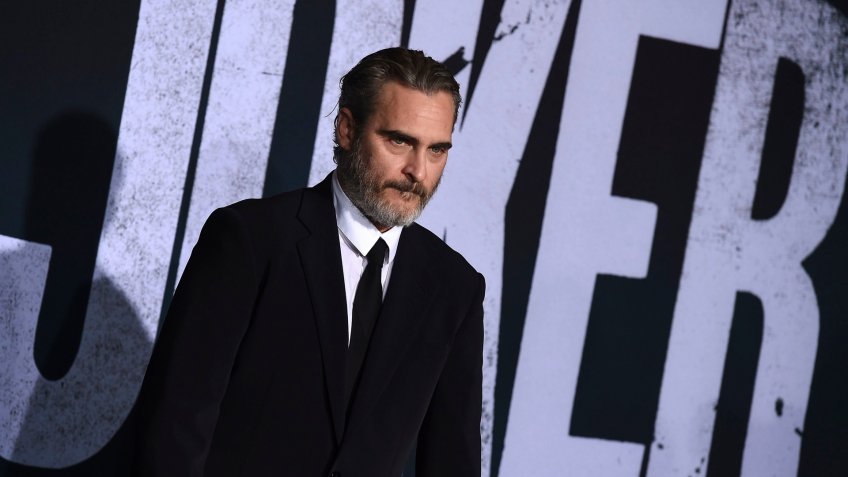 Prior to his 2001 nomination for “Gladiator,” Joaquin Phoenix was only being paid six figures for some of his movie roles. Phoenix reportedly earned $375,000 for 2000’s “Quills” and $700,000 for 2001’s “Buffalo Soldiers,” according to the Daily Mail. His pay has risen dramatically since his first nomination — he made $3.5 million for “Walk the Line,” which earned him his first Golden Globe win in 2006, and he made $4.5 million for “Joker,” according to Variety, which he is nominated for in 2020. 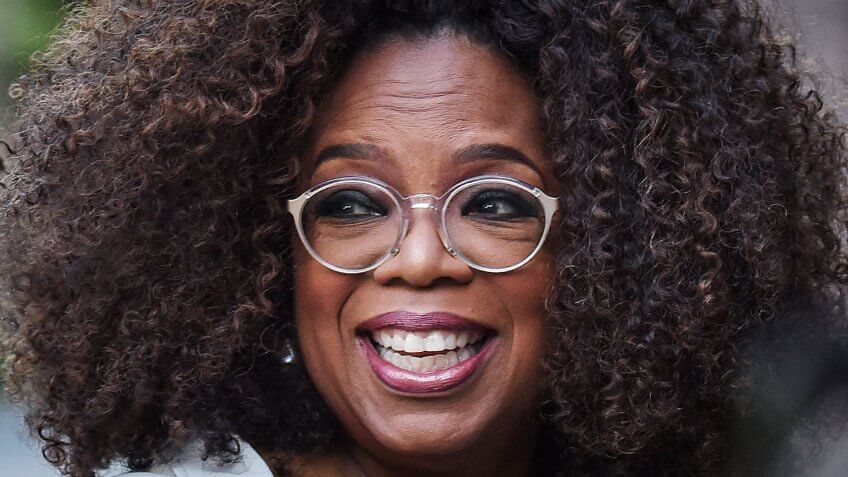 The Richest Celebrity From Every State

GOBankingRates > Net Worth > Celebrities > The Value of a Golden Globe Nomination