Rapper Travis Scott has a lot going on right now — the tour for his third studio album “Astroworld,” his collaborative project with Quavo from Migos, and the new title of Dad after the birth of his first daughter, Stormi, with self-made billionaire Kylie Jenner.

Since news broke of the couple’s new addition, the spotlight has shined even brighter on the “Butterfly Effect” rapper. Find out if the hip-hop star and new father has enough money to support his new family.

Click to read more about the net worth of another famous Jenner’s significant other.

Considering his net worth is $8 million, according to Celebrity Net Worth, Travis Scott definitely isn’t broke by most standards. However, his fortune doesn’t even come close to Kylie Jenner’s net worth.

wow. i can’t believe I’m posting my very own @forbes cover. thank you for this article and the recognition. I’m so blessed to do what i love everyday. i couldn’t have dreamt this up! #KylieCosmetics
A post shared by Kylie (@kyliejenner) on Jul 11, 2018 at 7:00am PDT

Travis Scott is known for both his rhymes, as well as his taste for seriously expensive bling. He spent approximately $500,000 for nine chains — including an 80-carat “Flame Boy” chain for himself and eight Cactus Jack chains for his team — to celebrate his album with Quavo, according to a September 2017 TMZ report.

Not surprisingly, he showered Jenner with gifts for her 20th birthday in August 2017. This included a roughly $60,000 28-carat diamond necklace, featuring a butterfly pendant related to his song “Butterfly Effect” — fans have speculated the song is about her — and a private orchestra show, according to TMZ.

In 2016, TMZ reported that Scott spent $25,000 on a grill filled with 10-carat pink, brown, blue and white diamonds. He debuted the pricey mouthpiece while performing as the opening act on Rihanna’s Anti World Tour.

Scott’s taste for luxury isn’t limited to jewelry. He also owns at least one Lamborghini and his Instagram page is filled with pictures of him in front of private jets.

On Christmas 2016, the big-hearted Houston native also surprised his family by gifting them a new luxury home. He has kept the home’s location and price under wraps.

A hit from the start, Travis Scott’s full-length debut album “Rodeo” went straight to No. 1 on the Billboard Rap Albums chart — and No. 3 on the Billboard 200 — when it was released in September 2015. Over 1 million units of the album has sold; the album went platinum in May 2017, according to the Recording Industry Association of America.

Released in September 2016, his second studio album “Birds in the Trap Sing McKnight” debuted at the No. 1 spot on the Billboard 200. It has sold 1 million copies and the album’s mega-hit track “Goosebumps” has sold 3 million copies as a single, according to the Recording Industry Association of America.

A release date for the Travis Scott new album “Astroworld” and his collaboration with Quavo have not been revealed. He’s likely been too busy to finish either, as he spent the summer as an opening act for Kendrick Lamar’s “The Damn. Tour.” Frequently on stage, Travis Scott tour dates are scheduled through October 2018.

More than just a rapper, Travis Scott has also forayed into the fashion world. In 2017, he teamed up with Australian fashion label Ksubi for their Ksubi x Travis Scott collection, sold in select stores globally. This high-end Travis Scott clothing includes a $120 T-shirt and a $250 pair of jeans.

He also joined forces with Nike to create his own Air Force 1 sneaker in 2017. The $150 shoe is sold out on the Nike site, but resellers are offering it for up to $560 on third-party sites. Additionally, Scott has served as a muse for luxury French fashion house Saint Laurent. In November 2016, he starred in a short film promoting the launch of the label’s spring 2017 collection.

The creative rapper even found a way to turn his mugshot into a fashion statement. In May 2017, he was arrested after a concert in Arkansas and charged with inciting a riot, disorderly conduct and endangering the welfare of a minor, because he allegedly encouraged fans to rush the stage during the show. The $45 T-shirts — sold on his website for 48 hours — featured his mugshot on the front and the words “Free the Rage” on the back.

On February 1, 2018, Scott and girlfriend Kylie Jenner welcomed their first child, a daughter named Stormi. The pregnancy, kept a secret by the couple and their family, came as a shock to many — especially since the couple had just started dating in April 2017, right after Jenner ended her relationship with her long-term boyfriend Tyga. TMZ revealed that Jenner was immediately thrilled to find out she was pregnant — and her famous family is supporting her foray into motherhood.

One person who didn’t take the news so well was fellow rapper Tyga, Jenner’s former flame. He posted — then deleted — a Snapchat video claiming to be the father. Although Jenner’s baby was said to not be Tyga’s child, he does share 5-year-old son King Cairo with model and entrepreneur Blac Chyna; she also shares 1-year-old daughter Dream Kardashian with Jenner’s brother Rob Kardashian.

The famous couple are still loving the spotlight and are set to be featured together in GQ’s August issue along with extensive information about their relationship, daughter, and goals. Jenner, in particular, seems to be making great business strides with her brand, even with the extra duties of motherhood. 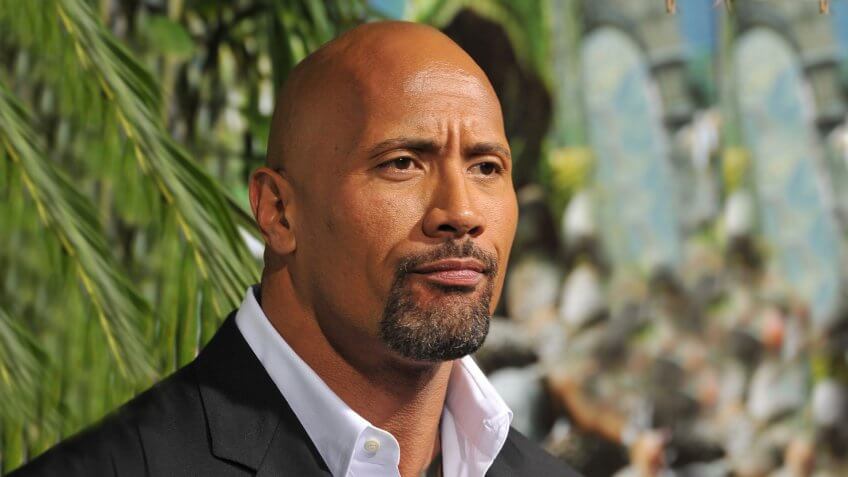 Dwayne ‘The Rock’ Johnson’s Growing Net Worth as

Find out how Dwayne Johnson became a box office superstar.

GOBankingRates > Net Worth > Celebrities > Travis Scott Net Worth: His Fortune Is Nothing Next to Kylie Jenner’s