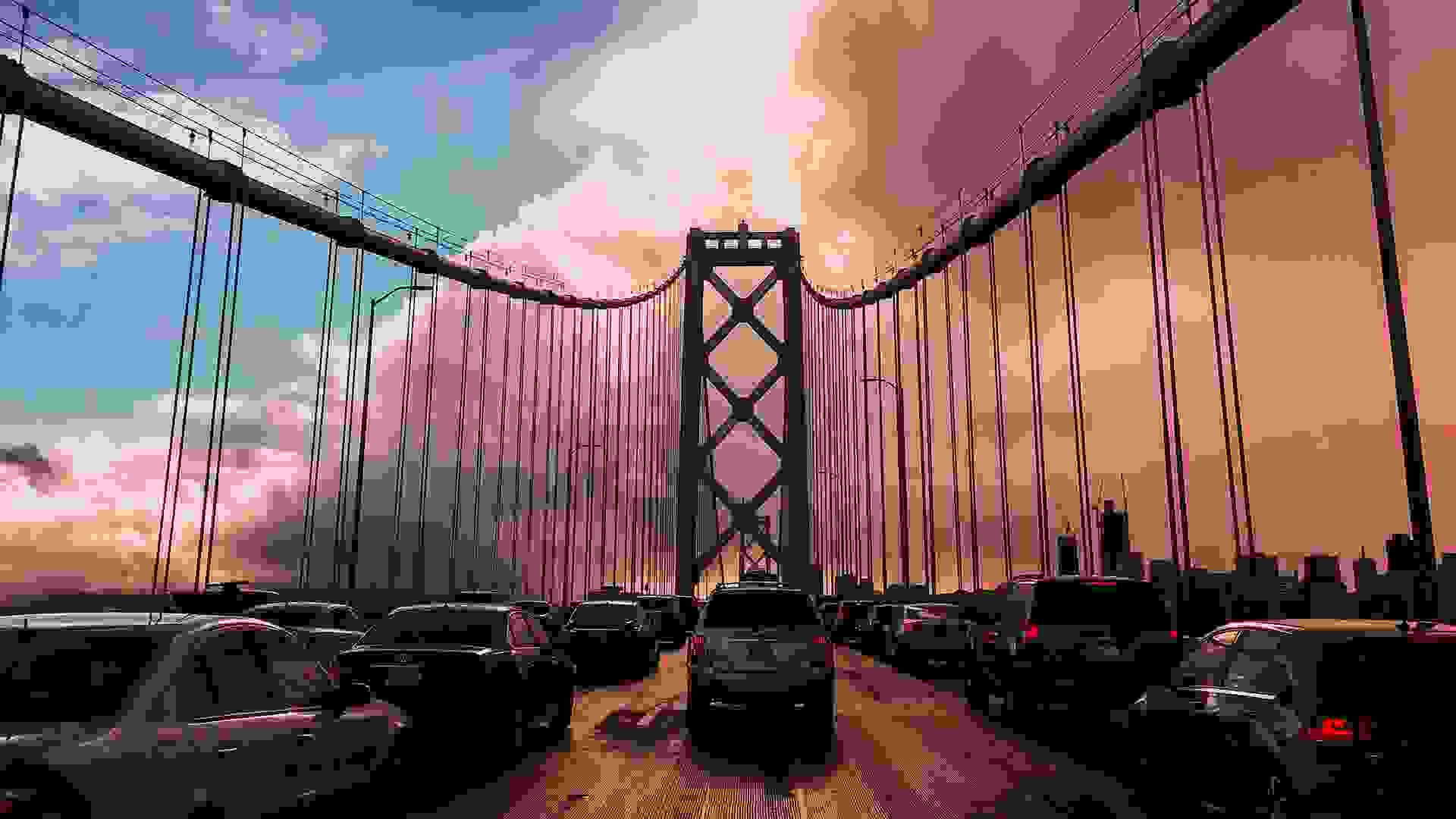 The great housing bubble and crash are now a decade in the past, and across the U.S., home values have more than recovered. Many U.S. cities have even surpassed their housing bubble peaks. This is especially true of cities that are major hubs of the tech sector.

As the tech sector runs into troubled waters on the stock market, it raises questions of the stability of housing markets in cities dominated by tech employment. GOBankingRates sought to determine which cities might be particularly vulnerable if the tech sector continues to decline. The study evaluated the 112 most populous U.S. cities in which tech is the primary employer, analyzing the percentage of the population employed in tech, the difference in employment between tech and the second-largest employer, and price-to-rent ratio, along with supplemental data on mortgage and rent affordability.

It’s important to understand the price-to-rent ratio of homes in a city, which is calculated by taking the estimated home value and dividing by its estimated monthly rent price times 12. This measure serves as a metric of affordability for renting versus buying, as well as an indicator of other developments. For instance, lower ratios indicate that buying is cheaper, whereas higher ratios signify that renting is a better deal. Price-to-rent ratios tend to rise during a bubble as speculative interest in homebuying lifts home prices. If the tech bubble does burst, these are the cities that will hurt the most from it. 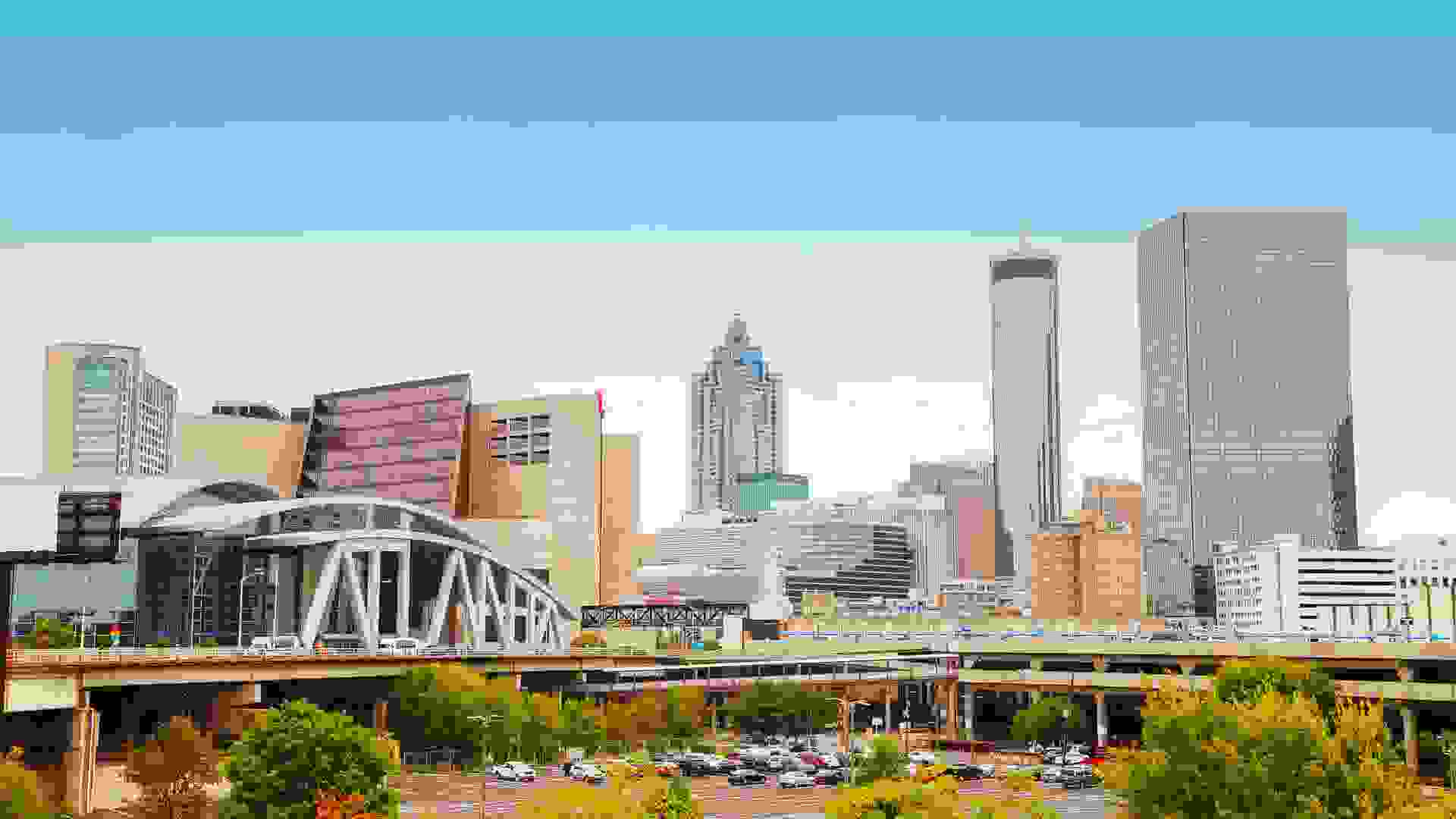 Atlanta is the least exposed to a tech-induced housing downturn. But, it’s still more vulnerable than other cities where the tech sector is the primary employer.

See: Is the Tech Bubble About to Burst — Again? 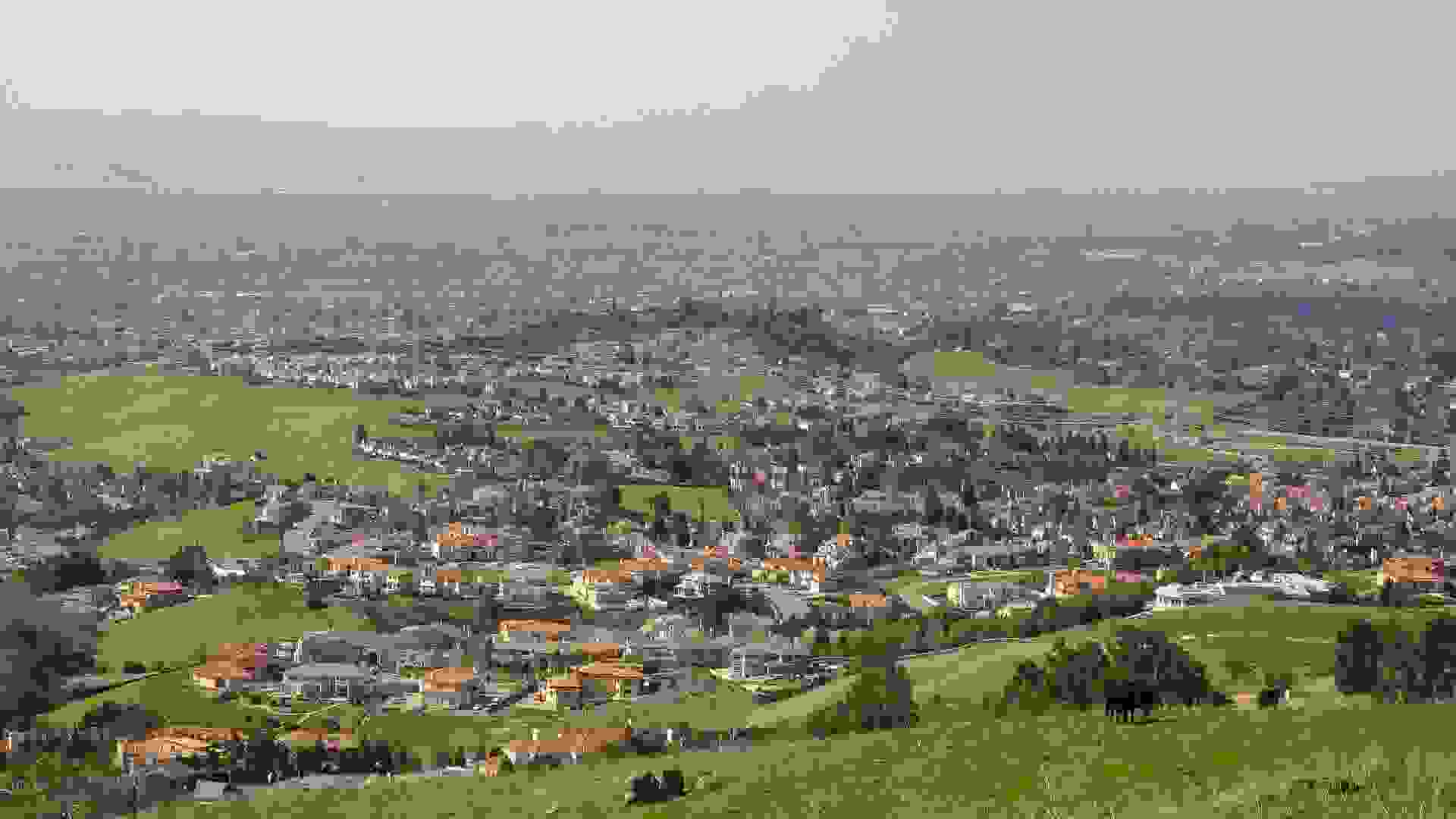 Fremont lies within the San Francisco Bay Area. Home prices are exorbitant, with the median list price currently at $1.15 million, according to Zillow. As a result, Fremont’s price-to-rent ratio is the highest out of the 10 cities that made this final list — 28.7 is well over double the U.S. price-to-rent ratio. 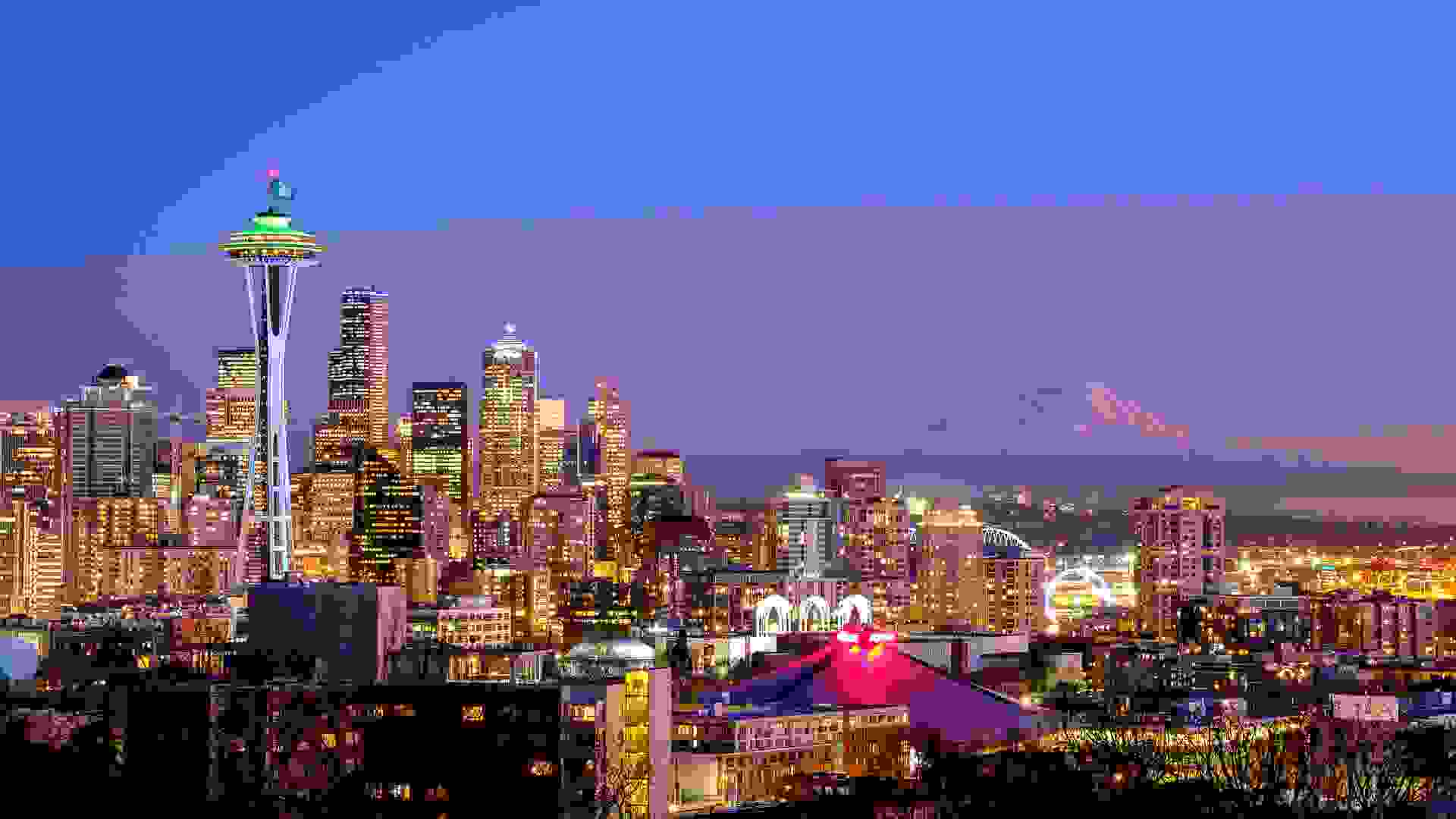 Outside of the San Francisco Bay Area, the city most identified with the American tech sector is Seattle. Professional, scientific and technical services employ about 18 percent of the workforce, 5.4 percent more than the second-largest employer, which is healthcare and social assistance. 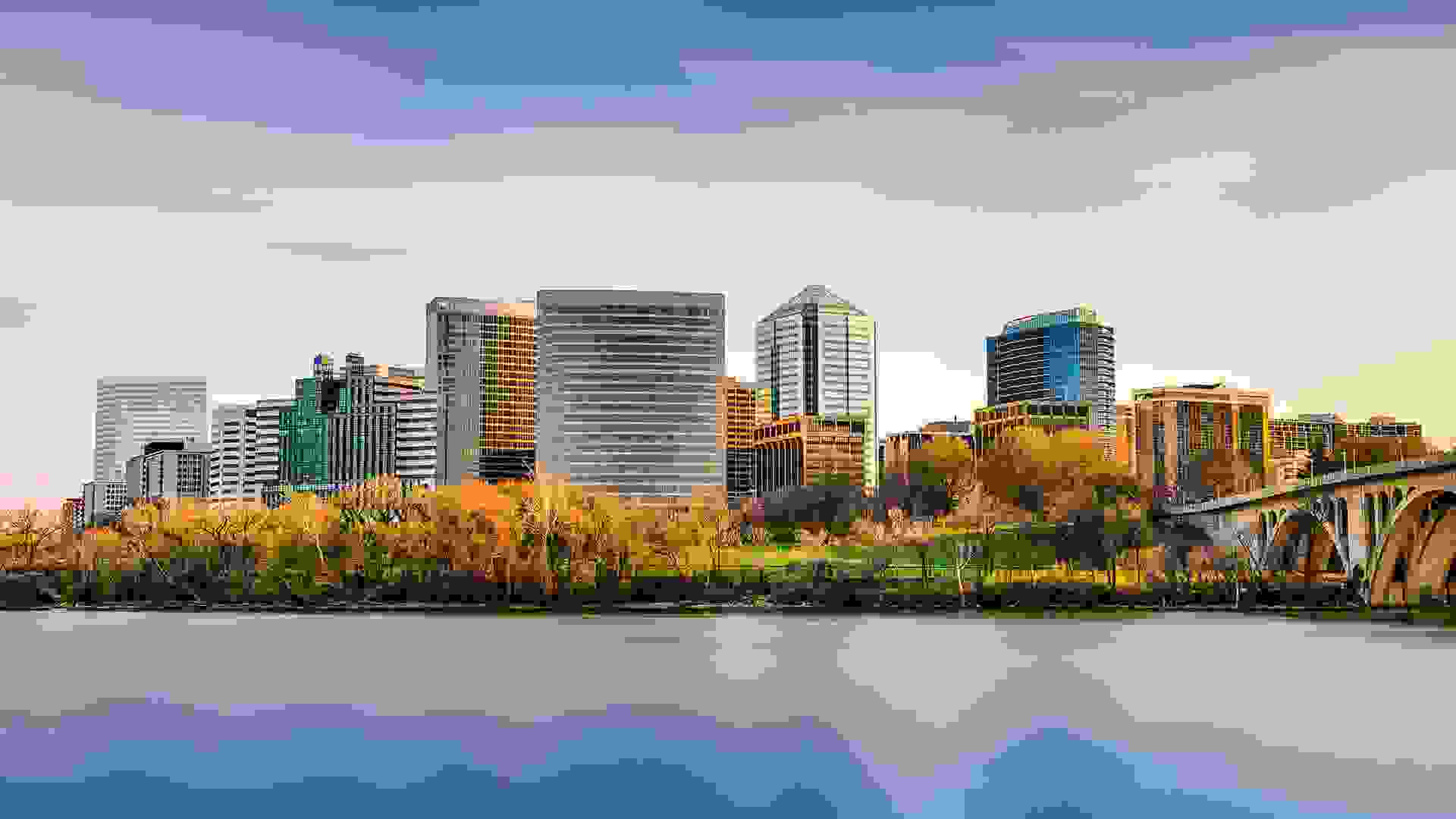 Arlington is located within Northern Virginia’s tech corridor, and it shows. Professional, scientific and technical services comprise 25.4 percent of employment, which is 8.5 percentage points higher than the second-biggest employer, public administration. 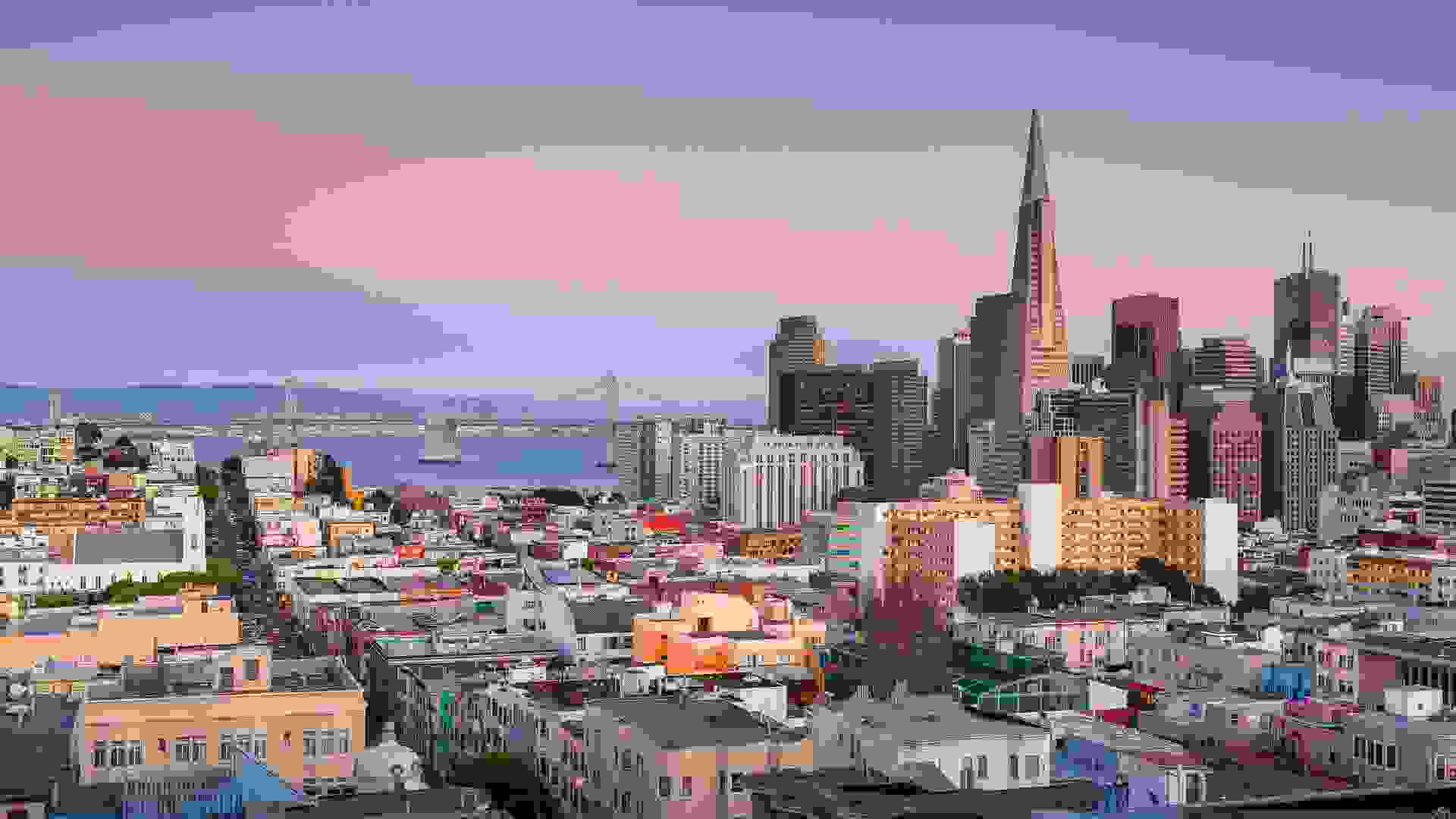 The city’s tech sector employs more than a fifth of the workforce, which is 9 percentage points higher than the second-largest employer, healthcare and social assistance.

Find Out: These Cities Are Getting Richer — but Are They More Expensive? 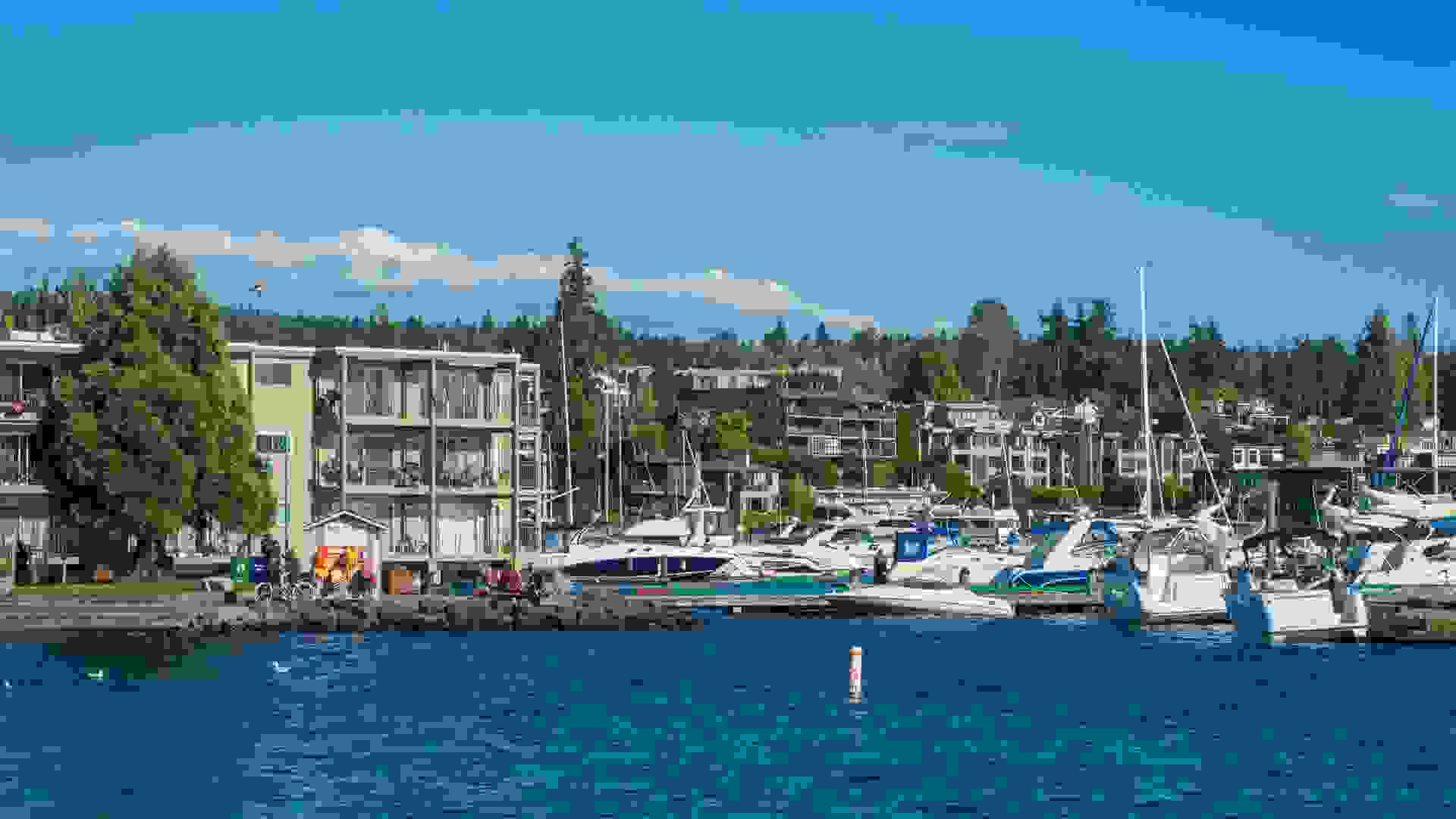 Kirkland is the first of Seattle’s red-hot suburbs to make the list. The tech sector employs more than a fifth of the labor force, with manufacturing trailing in a distant second by 9 percentage points. Kirkland has one of the highest price-to-rent ratios — it’s even higher than Seattle’s. 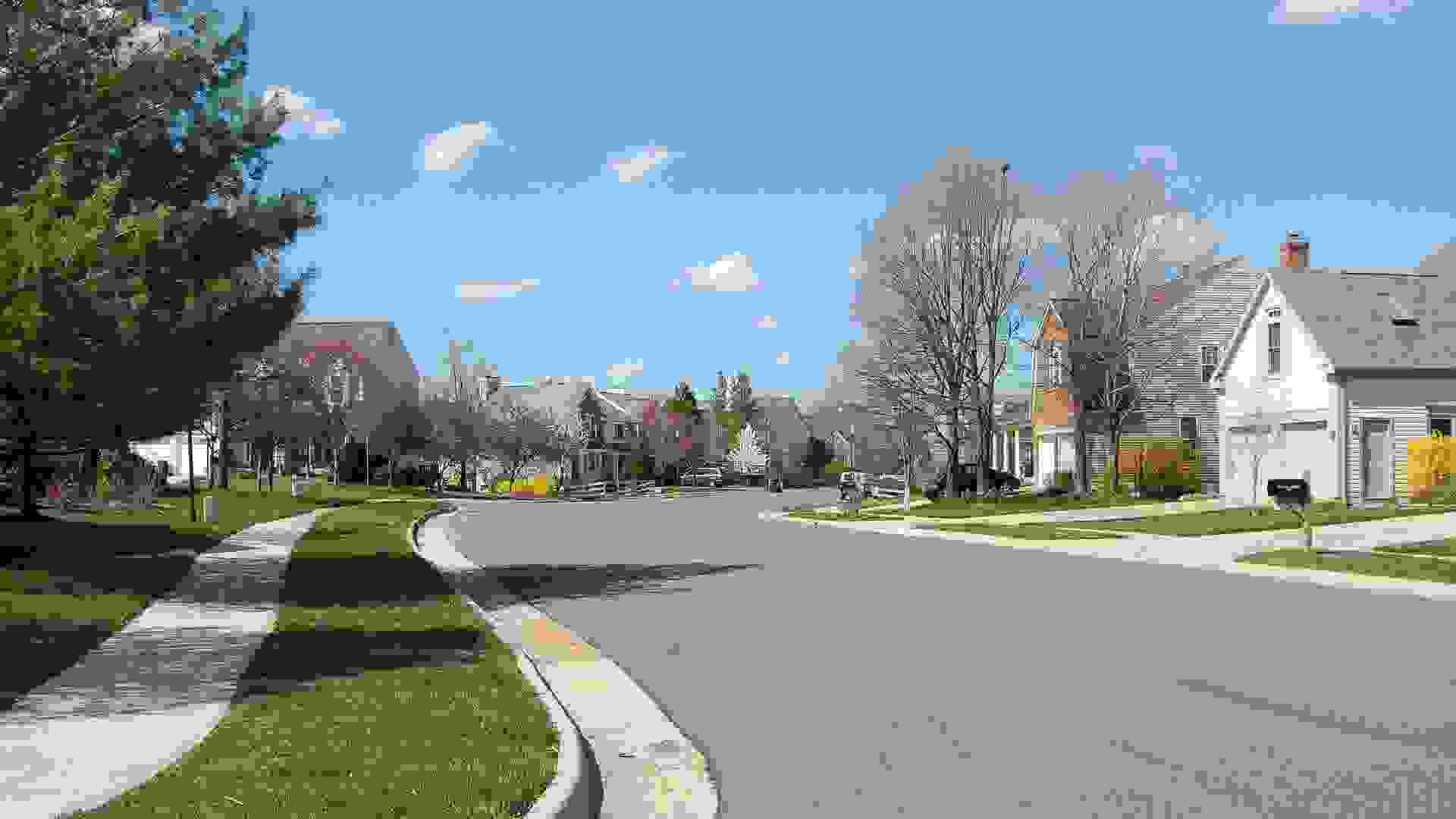 As with Arlington, Ashburn is located in Northern Virginia’s tech corridor. Some notable tech employers include MCI and Intelligent Decisions, the latter of which has split into two companies: ID Technologies and Applied Insight.

At 22 percent, the tech sector is the largest employer in Ashburn by more than 12 percentage points over educational services. 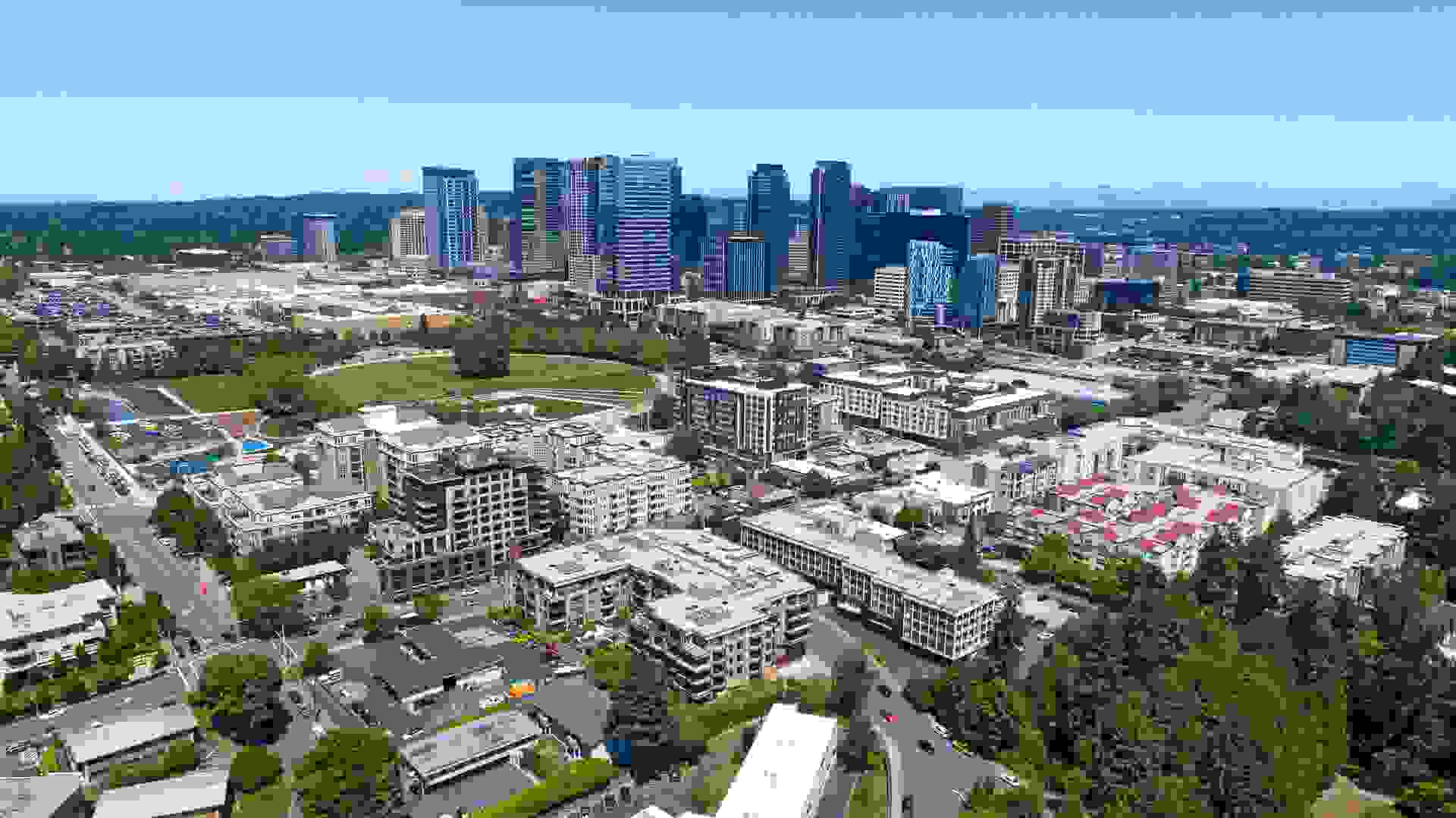 Bellevue is in the cockpit of the booming Seattle metro area, located east of Seattle across Lake Washington. Home prices reflect the boom, going from a low point of around $405,000 in December 2011 to a median list price of $938,000 in October 2018, according to Zillow.

As home prices have surged, so has the price-to-rent ratio in Bellevue, which stands at 27 — well over double the U.S. ratio of 12.4. Rent affordability in the Seattle metro area is tight, with rents consuming more than 30 percent of incomes for several consecutive quarters. 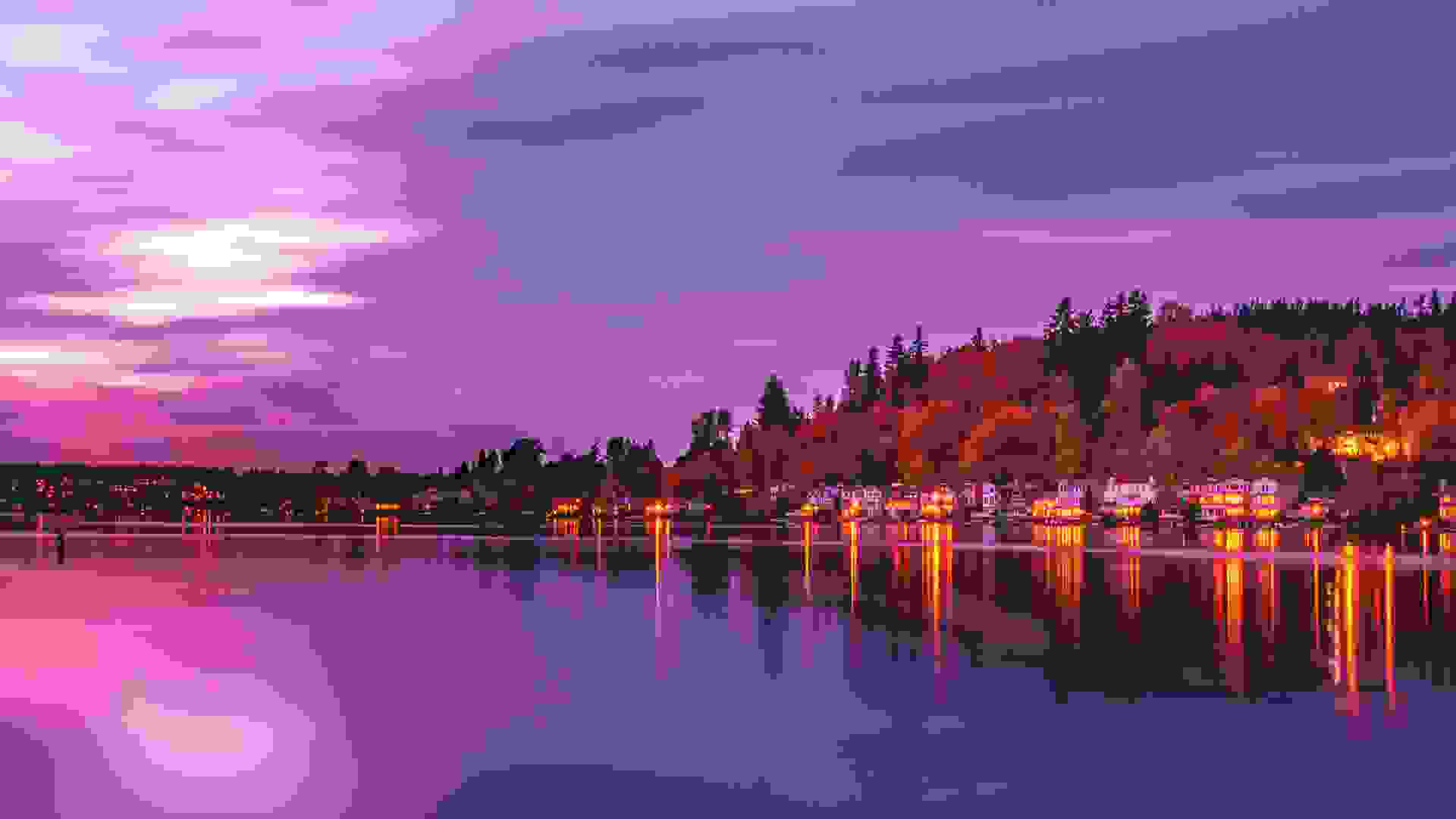 Sammamish is located east of both Seattle and Bellevue, on the east bank of Lake Sammamish. With Microsoft’s home city of Redmond less than 10 miles away, Sammamish is well within the tech boom of the greater Seattle area.

From employing less than a quarter of the labor force four years ago, tech now employs a full 27 percent. What makes Sammamish more vulnerable than, say, Seattle proper is its price-to-rent ratio. With a ratio of 27.4, Sammamish has home prices that are far more expensive than rent prices. Meanwhile, home values are actually projected to decline over the next year, another sign of precarious market strength. 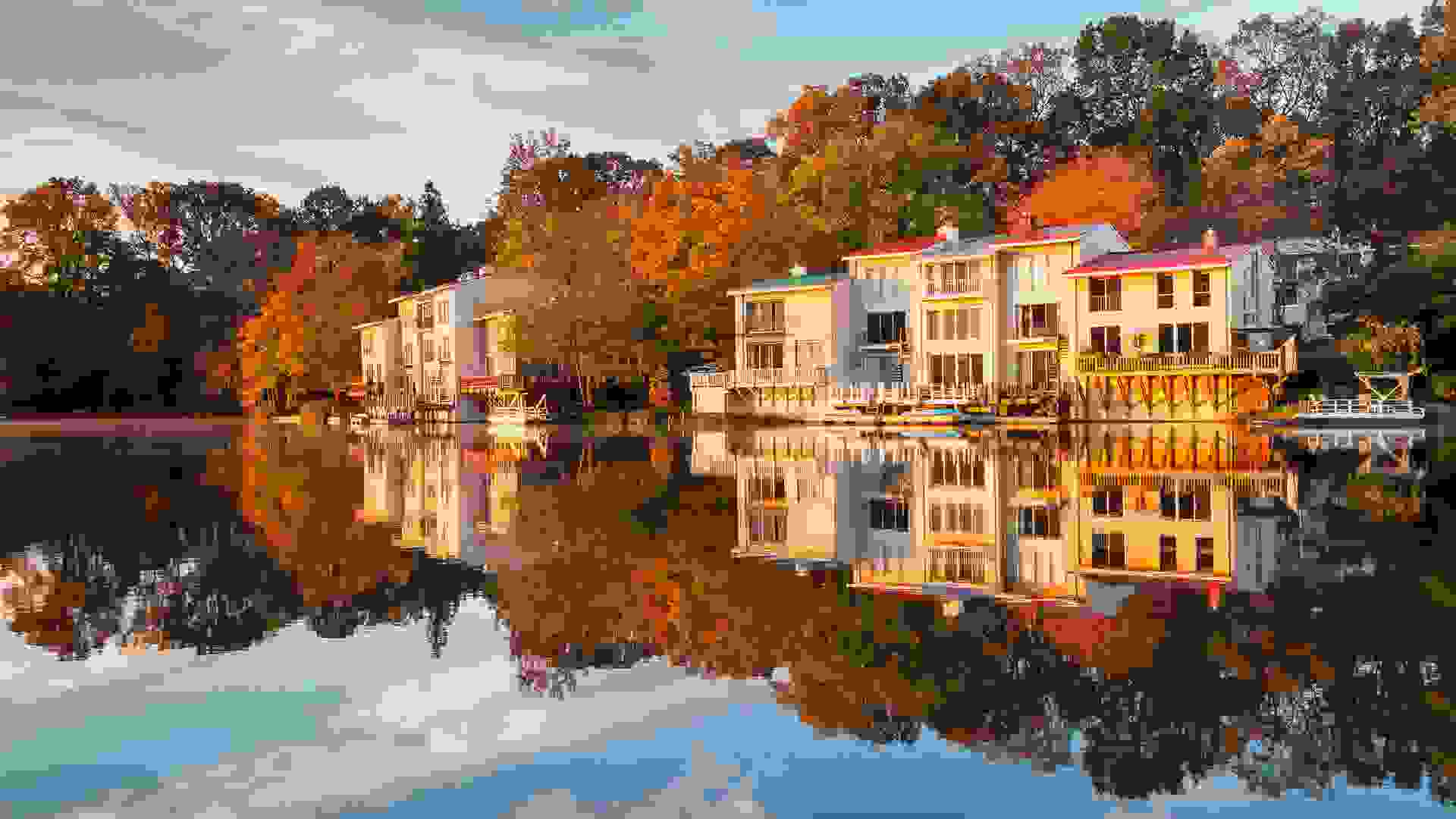 Click through to see the major U.S. cities where home prices are plummeting.

Methodology: In order to determine which cities are in danger if the tech bubble bursts, GOBankingRates observed 112 cities across the nation and used the following factors: (1) the percentage of employment by the Census-designated industry “Professional, Scientific, Technical Services” in cities where it is the main employer, calculating the difference between the tech sector and the second-biggest employing industry (this difference was used as a measure for overdependence on the tech sector), sourced from 2016 Census Bureau data; (2) price-to-rent ratio of homes in each city, sourced from Zillow. This ratio was first calculated at the individual home level, where the estimated home value is divided by its estimated monthly rent price times 12, meaning it is a ratio of the home price to the annual rent that it would generate as well as a measure of affordability for renting versus buying. Lower ratios indicate that buying is cheaper, whereas higher ratios signify that renting is the better deal; price-to-rent ratios tend to rise during a bubble as speculative interest in homebuying lifts home prices. 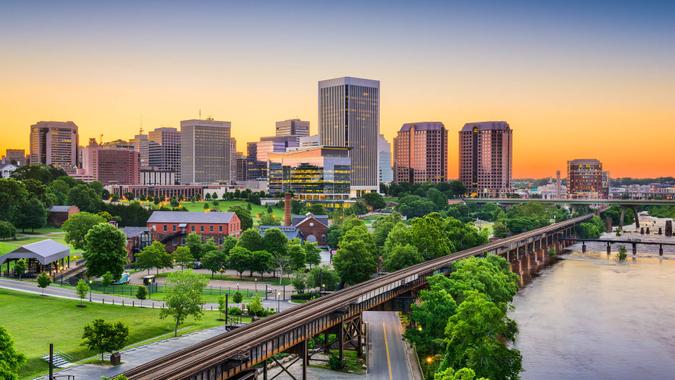 States With the Richest and Poorest Retirees