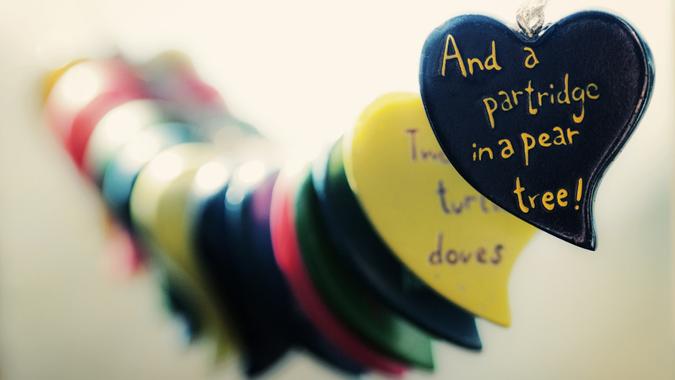 The song is piped through the speakers in our favorite stores all season long. Your kids may sing it endlessly on car rides. It’s “The 12 Days of Christmas.” But where did it come from and, apart from their practicality, would it even be affordable to give all these gifts in 2021?

See: 6 Holiday Purchases That You Should Only Make at Costco
Find: 11 Gifts You Should Buy for Christmas Now — Before They Sell Out

Every year since 1984, PNC Bank has released the PNC Christmas Price Index, which tallies how much each gift in the famous song would cost based on today’s market rates. The picture is not pretty this year, partly because the inflation rate is up to 6.2%, which is the highest it’s been since November 1990.

The Christmas Price Index is also up, PNC reported. The goods in the song would cost, on average, 5.7% more this year relative to pre-pandemic pricing, which is the largest increase since 2013.

PNC said that comparing 2019 data gives a more realistic picture than comparing 2020 pricing, when it may have been even harder than usual to obtain some of these specialty items due to lockdowns. For instance, the ladies dancing would have exceeded the limits for gatherings in 2020, and may not have been able to dance in formation due to social distancing.

So how much would all those gifts cost in 2021 dollars?

The Blessing (or Curse) of Compounding Presents

It’s important to keep in mind that the presents in the song could add up to orders of magnitude more because they compound daily. That is, on the first day of Christmas, your true love might give you a partridge in a pear tree. On the second day, you’ll receive another partridge plus two turtledoves.

By the end of 12 days, you’ll have 12 partridges (and their pricey perches!), 24 turtle doves, 60 golden rings (yikes!) … you get the picture. What are you supposed to do with 144 well-paid drummers? Start a marching band?

Much like your money can grow quickly in a bank account thanks to compounding interest, the presents from the song ultimately add up to 364 gifts, Good Housekeeping points out. At that rate, you’ll likely need a bigger home to store all those gifts, drummers and ladies — perhaps even a farm or ranch, or at least a small orchard for those pear trees. Let’s keep in mind that housing prices are also higher than they were this time last year.

So, think carefully before gifting your true love the presents from “The 12 Days of Christmas.” There are certain circumstance when life should not imitate art.