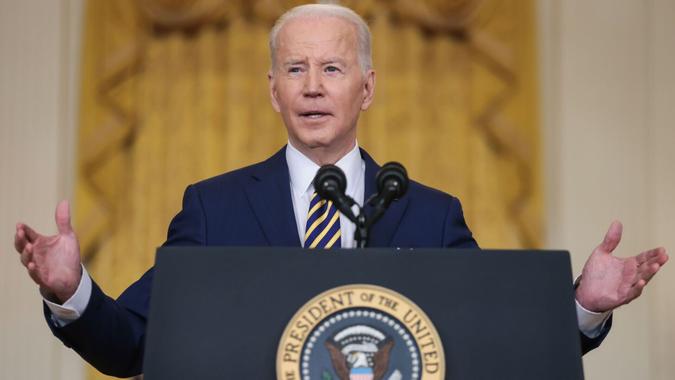 During a press conference on Wednesday, Jan. 19, President Joe Biden said that in order to pass any portion of his Build Back Better plan the social spending bill will need to be broken down.

“I’m not going to negotiate against myself as to what should and shouldn’t be in it, but I think we can break the package up, get as much as we can now, come back and fight for the rest later,” Biden shared.

Opposition for the full plan continued into the new year from Sens. Joe Manchin (D-W.Va.) and Kyrsten Sinema (D-Ariz.), in particular, around the continuation of the advance child tax credit.

Back in December, The Guardian noted that only 10% of Americans knew “a lot of the specifics” about the Build Back Better plan and 29% did not know what was in it at all, according to a CBS poll. Breaking up the massive legislation into separate bills could potentially have a better chance of passing and benefiting Americans.

If the Build Back Better Act is not passed, these line items from the plan could be brought to Congress as individual proposals — potentially with a better chance of earning bipartisan support:

Biden has proposed free public preschool for families with children 3- to 4 years old. The White House has estimated that this could save families $13,000 per year.

The plan also includes two years of free community college, which has already been implemented in several cities across the country, including Buffalo, Denver, Los Angeles, San Francisco and Seattle. Free community college could give those who are socioeconomically disadvantaged an opportunity to pursue an associate’s degree or a four-year college degree.

The Build Back Better plan also aims to expand Medicare services to cover vision, hearing and dental health costs. In addition, it includes plans to remove certain income and health limitations to allow more people to qualify for Medicaid.

The social spending bill also wants to increase the child tax credit from $2,000 to $3,000 for children ages 6 and older. For children under the age of 6, the tax credit would be raised to $3,600. This credit would also come in the form of monthly checks. The bill also includes additional childcare support based on state median income.

After adopting, fostering or giving birth to a new child, new working parents and caregivers would receive job security and paid time off. It would also guarantee all workers at least three days of bereavement leave in the event of a death in the family.

Build Back Better would invest in the production, preservation and retrofitting of more than one million affordable rental units and 500,000 homes for low- and middle-income homebuyers. It also includes an increase in rental assistance agreements.

A $4,000 tax credit for purchasing an electric vehicle, is also part of the bill. If bought before 2027, a tax credit of $3,500 would be added. If the car was made in the U.S., there would be an additional $4,500 credit. Added up, this would be a maximum of $12,500 in tax credits. The bill also includes tax credits and grants for businesses and communities working towards clean energy initiatives.