78% of Americans are Satisfied with Their Financial Well-Being 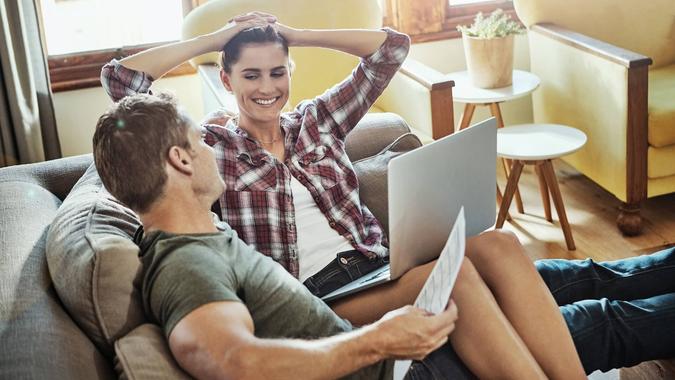 Despite difficult financial markets, geopolitical concerns and a 41-year inflation high, Americans’ financial well-being reached its highest level since 2013, according to the Federal Reserve.

See: Here’s How Much Cash You Need Stashed If a National Emergency Happens
Find: Best Cities To Retire on a Budget of $1,500 a Month

In the fourth quarter of 2021, 78% of adults reported either doing okay or living comfortably financially, according to the Fed’s Survey of Household Economics and Decisionmaking (SHED), released May 23.

“The SHED results provide valuable insight into Americans’ financial conditions during the late fall of 2021. This important perspective helps the Federal Reserve better understand the economic challenges that existed during that phase of the pandemic recovery,” Federal Reserve Board Governor Michelle W. Bowman, said in a press release.

The survey shows that financial well-being also increased among all the racial and ethnic groups measured in the survey, with a particularly large increase among Hispanic adults. In addition, parents were one group who reported large gains in financial well-being.

“This improvement is consistent both with reduced childcare burdens as schools returned to in-person classes, as well as additional financial resources provided to parents such as the enhanced child tax credit (CTC),” the survey notes. ” Most parents also said that their child was doing better academically, socially, and emotionally in 2021 than they were a year earlier.”

Another positive indicator of the progress is that 68% of adults said they could cover a $400 emergency expense using cash or its equivalent -the highest level since the start of the survey.

In terms of unexpected medical expenses in the prior 12 months, 20% of Americans said they encountered one, with the median amount between $1,000 and $1,999.

And when it comes to retirement, among non-retirees, a higher share reported they felt like their retirement savings were on track, compared to in either 2020 or 2019. COVID-19 was a factor for 25% of adults who retired in the prior 12 months, and 15% of those who retired one to two years ago, said factors related to COVID-19 contributed to when they retired.

POLL: Have You Skipped Any of These Essential Expenses Due to Rising Prices?
Discover: 7 Best Side Gigs To Earn an Extra $1,000 a Month