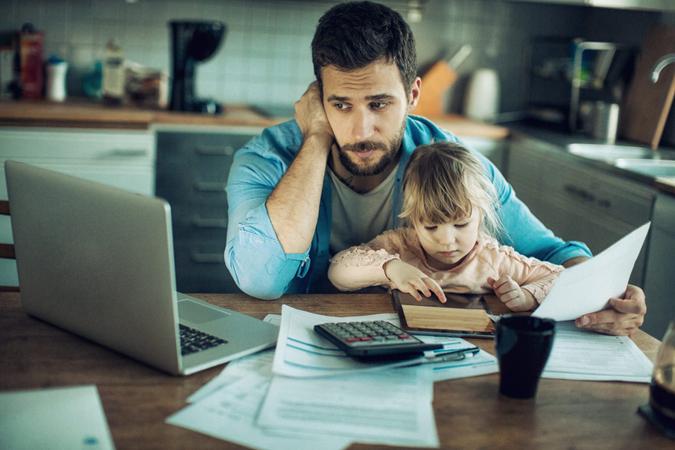 For the first time in six months, Americans’ confidence in the economy dropped as more grow worried about the rising cost of living and the outlook on future jobs. The Conference Board released results from a consumer confidence survey Tuesday, that showed index numbers dipping from 117.5 in April to 117.2 in May, reported MarketWatch.

See: Biden Trims Infrastructure Package — What Does That Mean for Jobs and Small Businesses?
Find: Two New Stimulus Checks May Be on the Way – Here’s Everything You Need to Know

“Consumers’ short-term optimism retreated, prompted by expectations of decelerating growth and softening labor market conditions in the months ahead,” said  Lynn Franco, Senior Director of Economic Indicators at The Conference Board. “Consumers were also less upbeat this month about their income prospects — a reflection, perhaps, of both rising inflation expectations and a waning of further government support until expanded Child Tax Credit payments begin reaching parents in July.”

MarketWatch noted that based on a survey of economists compiled by Dow Jones and The Wall Street Journal, the index was forecast to decline slightly to 119.5. As states have begun to loosen restrictions, MarketWatch also revealed that all three major surveys of consumer confidence declined in May.

See: 35 Surprising Cities With Low Costs of Living
Find: Cereal, Toilet Paper & 8 Other Products That Will Be More Expensive Soon

It’s no surprise that Americans aren’t so optimistic about the future of the U.S. economy due to the impact of Covid-19 on people’s health and financial well-being. According to a new survey from McKinsey and Ipsos, fewer than half of all respondents are optimistic about access to economic opportunity.

The Consumer Price Index for April, which measures the average change in prices over time, rose 4.2% from a year earlier, according to the U.S. Department of Labor. CNBC reported that the annual gain in core inflation was the fastest since September 2008 while the monthly gain was the largest since 1981.