Treasury Highlights American Rescue Plan One Year Later — What Economic Impacts Have Been Made Thus Far? 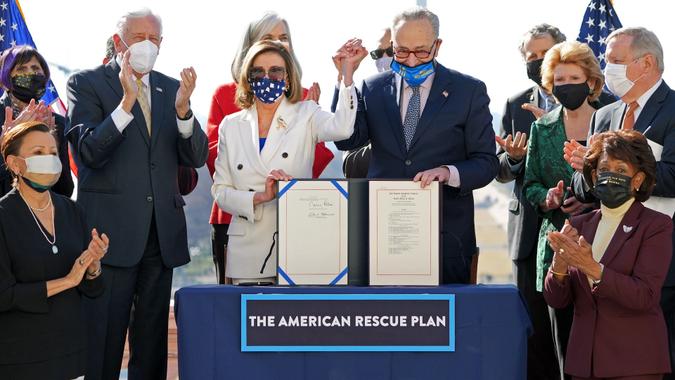 Under the American Rescue Plan and other recovery programs, the U.S Department of the Treasury administered over $1 trillion in programs and tax credits. According to the Treasury, the ARP expanded access to COVID-19 vaccines and testing, provided economic relief that has kept millions of children out of poverty, prevented evictions and foreclosures and helped small businesses stay open.

See: 9 Best Small Business Ideas To Make Money From Home
Find Out: 38% of Recipients Say the Child Tax Credit Is Reducing Their Refund — Will This Be the Case for You?

As of Mar. 10, the Treasury said the nation is experiencing “one of the strongest periods of economic growth in a century.” In fact, a majority of states and nearly 800 cities and counties are using ARP funds to respond to public health impacts of the pandemic. About 4 million more jobs were added in 2021 and GDP growth nearly doubled. Additionally, progress has been made against child poverty, food insecurity and unemployment for low-income communities and communities of color.

The families of about 61 million children were sent the Advance Child Tax Credit, totaling over $92 billion. More than 170 million Economic Impact Payments totaling over $400 billion under the ARP were also disbursed. The Earned Income Tax Credit for workers without dependent children was also expanded to $1,500.

The pandemic put millions of renters and homeowners at risk of losing their homes. One year after the passage of the ARP, eviction filings are at 60% of pre-pandemic averages. Support was also given to prevent foreclosures and help homeowners.

State, local, and Tribal governments have made 4.3 million Emergency Rental Assistance (ERA) payments to eligible households as of January 2022. Over 80% of these payments went to very low-income households.

The Treasury has disbursed over $9 billion to keep families in their homes through the Homeowner Assistance Fund. Funds from the HAF were used for assistance with mortgage payments, homeowner’s insurance, utility payments and other specified purposes.

The Treasury has also announced more than $8.7 billion is being invested to scale up the work of 186 community financial institutions through the Emergency Capital Investment Program.