Americans Optimistic for 2022: What Are the Top Financial New Year’s Resolutions? 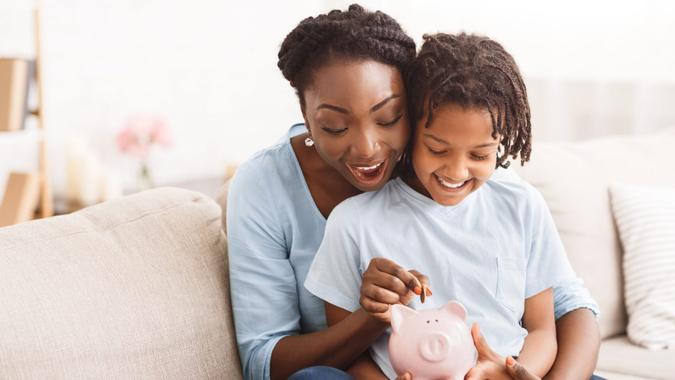 Americans are feeling a bit more hopeful about the upcoming year, and 72% are confident they’ll be in a better financial position in 2022, according to a new study.

See: 20 Ways To Increase Your Savings and Retire With Peace of Mind
Find: 8 Things Most Americans Don’t Know About Holiday Spending

The Fidelity Investments 2022 New Year’s Financial Resolutions Study found that this year, 62% of Americans feel optimistic about the future. Despite the optimism, most people have not forgotten what the country has been through and are viewing their financial expectations practically. Concerns about inflation and rising costs weigh heavily on the minds of many U.S. adults, per the data.

“The country has been through a seemingly unrelenting roller coaster over the past two years, so it’s encouraging to see people feeling more hopeful about the coming year and placing a priority on themselves,” Stacey Watson, senior vice president of life event planning, Fidelity Investments, said in a press release.

For those looking to save more in 2022, the objectives are somewhat split — 51% of savings-oriented respondents plan to save for the long-term, while 49% are looking at shorter-term objectives, such as boosting emergency savings or saving for a mortgage.

In addition, 62% of the surveyed 18-35 age group plan to increase their retirement contribution in the year ahead.

Travel Tops the List of Most Wanted Luxury Spending Items

And what do people say they want to do once they’ve paid off the bills and set aside money for the future? By far, Americans are looking to get away — if it’s safe to do so — as travel tops the list of discretionary spending desires, according to the study.

Despite this detailed optimism, there are several perceived issues for 2022. Respondents indicated inflation, rising cost of food and other day-to-day essentials, with 43% of those surveyed expressing anxieties of this nature. Unexpected expenses and the pandemic’s impact on the economy are also top concerns for the coming year. In terms of top setbacks anticipated for 2022, 26% of those surveyed say that unexpected non-health emergencies are top of mind, white 22% cited family health emergencies.

Should such a setback occur, rather than depleting the retirement account or taking out loans, respondents indicated that their top solutions would be to cut back on other expenses (54%), followed by dipping into their emergency savings (39%).

“This study confirms that actions taken at the start of the pandemic — such as budgeting better and replenishing that emergency savings fund — are becoming permanent habits for many,” Watson said. “Americans are connecting their new perspective on well-being to the way they approach their finances, and as a result, becoming more thoughtful about saving and spending.”

Learn: All I Got For the Holidays Was an NFT. Now What?
Explore: Experts Weigh In on the 10 Best Ways To Manage Holiday Spending

Finally, the research suggests that the simple act of making a resolution may actually have a transformative effect — and that the key to success may be the well-being conferred by having made progress while also setting clear and specific financial goals.

“It’s amazing that taking the one relatively simple step of setting a goal can help you feel better about the direction you are headed, but this has been proven to be the case time and again,” Watson said. “Once you’ve set a goal, take the time to develop a plan for how to achieve it. The good news is, there are a number of free resources out there to do just that, which can be helpful — especially for those whose resolution is to spend less in 2022.”