How Animal Conservation Can Save the World Money 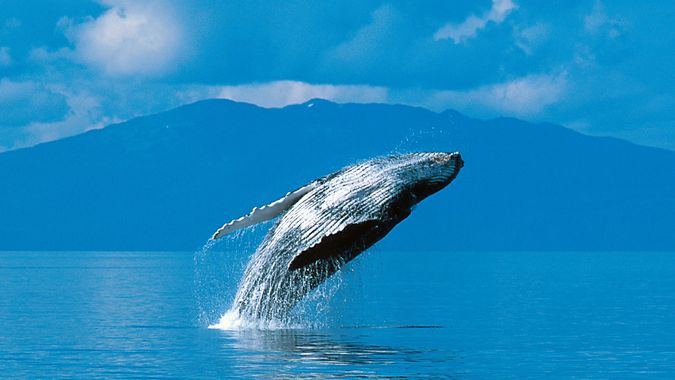 As the world grapples with issues like the climate crisis and increasing demands on natural resources, protecting nature is often seen as coming at the sacrifice of human economic development. In some of the most high-profile battles, critics ask why communities should be denied the opportunity to increase their livelihoods just to save one owl species or predatory wolf.

In a more nature-positive approach to economic development, however, conservation and development are not mutually exclusive. Projects and initiatives multiplying around the world show that protecting wildlife can not only benefit businesses but can revive entire communities.

Money Made From Positive Changes

In its New Nature Economy Report II: The Future of Nature and Business (July 2020), the World Economic Forum says that three socio-economic systems — food, land and ocean use; infrastructure and the built environment; and extractives and energy — together drive the threats which endanger almost 80% of the planet’s at-risk species. The report also identifies 15 “nature-positive” transitions within these sectors with the potential to generate $10 trillion in annual business value and create 395 million jobs by 2030. These include shifts to regenerative agriculture, sustainable forest management, circular use of materials and renewable energy.

“Because we’re causing these drivers, we can also change them,” said Alexia Semov, lead author of the report. “Through our research we found that if we choose a climate and nature-positive pathway, if we take action now, it’s possible.”

Pollinators are one of the most critical examples of species that are inextricably linked to livelihoods. More than one-third of U.S. crop production requires insect pollination, and that adds $15 billion a year to the economy by increasing yields and ensuring quality harvests, according to the USDA. Bee populations are declining steadily, however, and without them, our agricultural systems face serious jeopardy.

Natura: How It’s Helping the Environment and Making Money

Many nature-positive projects translate directly into increased income. Natura, a Brazilian manufacturer of beauty products, has begun working with indigenous populations in the Amazon rainforest, home to countless animal species and biodiversity, to leverage indigenous knowledge to create sustainable harvesting practices of the Ucuuba tree.

This threatened tree species is prized for its medicinal properties as well as its materials for wood products but had nearly become extinct due to overexploitation. Natura’s partnership led to tripled incomes for the indigenous communities, and the Ucuuba tree was removed from the endangered species list.

“With the integration of indigenous populations’ unique knowledge to develop beauty products and pharmaceutical products, that not only can help the Amazon be restored, but leads to highly coveted and profitable luxury products,” Semov said.

Areas Where More Help Is Needed

Scientists have also been working with economists, governments and private enterprise partners to quantify animals in dollar values — an approach that may have more persuasive muscle with policymakers than traditional appeals related to biodiversity.

Did You Know: Hiring Growth for These 20 Jobs Has Exploded

Coral reefs and mangroves, which are home to a staggering variety of sea life and mammals, attract tourists and their dollars. They are also the first line of defense against severe storm damage. The aerial roots of mangroves help reduce erosion and dissipate storm surge, while coral reefs can reduce up to 97% of a wave’s energy before it reaches the shore, according to the WEF.

Both are also under threat. More than one-third of the world’s mangroves have disappeared, much of them having been razed for agriculture or industrial development. Coral reefs face numerous threats, including climate change, unsustainable fishing practices, and pollution.

Read: How Much It Really Costs to Protect Your Home Against Natural Disasters

In 2019, the state government of Quintana Roo, Mexico, purchased an insurance policy for a coral reef, recognizing its value as both a tourism draw and storm barrier. A category 3 hurricane would automatically trigger the insurance payout to cover repairs to the reef. This project, led by The Nature Conservancy and local government and business partners, is being closely watched as a proof of concept for insuring other natural structures around the world.

The Value of the Whale

Economists in partnership with the International Monetary Fund have also put a price tag on the value of a whale, demonstrating the dividends that whales yield in terms of the cost of removing carbon from the atmosphere.

Great whale species such as baleen and humpback whales are massive carbon sequesters, collecting the harmful greenhouse gas in their fat and then trapping it at the bottom of the ocean when they die. A single whale, according to their 2019 report, captures an average of 33 tons of carbon. What’s more, their waste feeds phytoplankton, which additionally captures an estimated 40% of all C02 produced.

Find Out: When Consumers Boycott Businesses, Does It Work?

Using the market price of carbon dioxide, plus other values like fishery enhancement and ecotourism, the IMF estimated the average whale to be worth $2 million. “If whales were allowed to return to their pre-whaling number of 4 to 5 million–from slightly more than 1.3 million today–it could add significantly to the amount of phytoplankton in the oceans and to the carbon they capture each year,” the report said.

While whales are a majestic and iconic animal that easily captures human hearts and inspires conservation efforts, Semov points out that it’s important to think about the role that different organisms play up and down the food chain.

“It’s not just about saving beautiful gorillas and lions,” she said. “We tend to focus on these very beautiful animals, but we’re also losing insects at an alarming rate. If algae and shrimp disappear, sharks and whales will disappear. We have to think about the entire set of animals because every single one of them has a role to play in the balance.”