AOC Calls For an Extension of Enhanced Unemployment Benefits 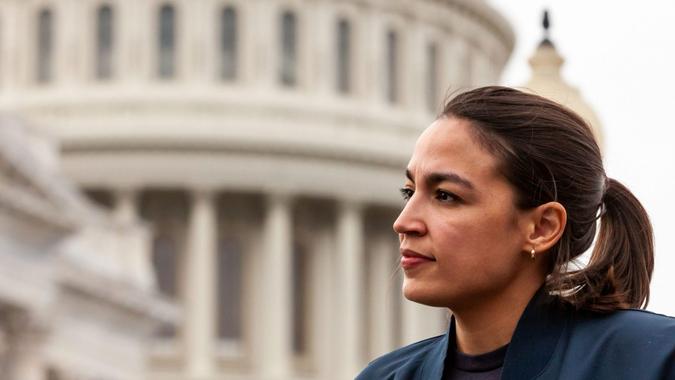 Rep. Alexandria Ocasio-Cortez (N.Y.-D) has called for the unemployment programs introduced under the March 2020 CARES Act to be extended through January 2022. AOC told viewers during a virtual town hall Tuesday that she is seeking to extend the benefits that expired this Labor Day. If the bill passes, the enhanced unemployment benefits would be delivered retroactively from Sept. 6 and extended through Feb. 1, 2022.

See: POLL: Have You Experienced Unemployment Insurance (UI) Issues or Delays?
Find: Just 58% Received Their Unemployment Checks on Time — Are You Still Waiting?

“I’ve been very disappointed on both sides of the aisle that we’ve just simply allowed pandemic unemployment assistance to completely lapse, when we are clearly not fully recovered from the consequences of the pandemic,” Ocasio-Cortez told the virtual crowd. However, she voiced doubts about whether or not the legislation would pass.

The surge in COVID cases brought on by the Delta variant has slowed hiring, especially in the leisure and hospitality sector, which lost 29,000 jobs in August. Meanwhile, health care concerns and a lack of child care have slowed the return to work for many Americans.

Where Do State Programs Come In?

Last month, Secretary of the Treasury Janet L. Yellen and Secretary of the Department of Labor Martin J. Walsh called on states and local governments to tap into the $350 billion in American Rescue Plan State and Local Fiscal Relief Funds to “provide assistance to unemployed workers, including by continuing to provide additional weeks of income support to workers whose benefits expire on September 6th and to workers outside of regular state UI programs.”

However, CNBC reported that many states shared that they have “no intention of extending or providing additional benefits on their own.” That’s where AOC’s bill, if passed, would come in to help.