Are We in a Recession? Look for These 7 Freaky Signs 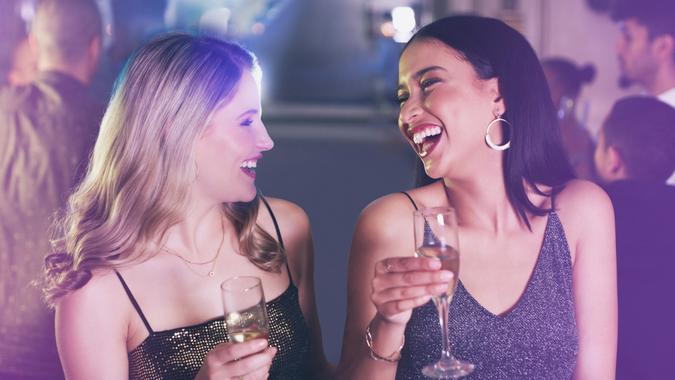 Who knew lipstick was so economically relevant? Ask an economist what indicates we’re in a recession and they might point to some common signs such as widespread layoffs, the falling cost of copper and economic contraction.

See: What Is the Highest Income for Food Stamps in 2022?
Find: Everything’s Bigger in Texas — Including Taxes, Which Are Outpacing California

But there can be other, more nuanced signs that the economy is in bad shape — and yes, makeup is involved.

In a LinkedIn post published on Sept. 20, Russ Zalatimo, founder and managing partner at HudsonPoint Capital, highlighted 7 weird signs that indicate we’re in a recession.

A women’s skirt doesn’t just show one’s legs, it also shows how the economy is faring. In the 1920s, Wharton economist George Taylor unveiled the Hemline Index theory, which suggests women generally wear shorter skirts in a thriving economy so as to flaunt their silk stockings. During less prosperous times, hemlines drop because women couldn’t afford the expensive hosiery.

A luscious pout is more than just a look, it’s a luxury. According to the Lipstick Index (coined in 2001 by Leonard Lauder, the then-chairman of Estee Lauder), women stop buying lipstick during tough times because it’s an unnecessary expense. This rings somewhat true today as, in immediate post-pandemic times, sales of lipstick climbed. But that may also have to do with the fact that people stopped wearing masks as often.

When the production of cardboard boxes goes down, it’s a sign that manufacturing is slowing down, which indicates a recession. This theory is a bit trickier to prove right now amid supply chain complications, paper shortages and an increased demand for corrugated cardboard.

During hard times, families cut back on excess spending — historically, this has meant buying less diapers for the baby. During the worst of the pandemic, there was actually a diaper shortage, so perhaps this metric no longer holds true.

Champagne conjures up images of celebration and revelry — things that are tough to afford during a recession. And so Champagne sales — or more commonly, sparkling wine sales — tend to flatten.

Discover: Take Our Poll: How Do You Typically Split the Restaurant Bill?
More: Can I Draw Social Security at 62 and Still Work Full Time?

7. Pop Music Picks Up the Pace

What better way to forget your blues than by grooving to upbeat music? During a recession, audiences tend to hit the dance floor to shimmy away the gloom, which is why high-adrenaline pop music becomes more prevalent. Take 2009 for example, when Lady Gaga’s “Just Dance” and Rihanna’s “Please Don’t Stop The Music” were chart-toppers.