Educators want a raise. Across the nation, teachers from Kentucky, Oklahoma and West Virginia sparked the groundswell movement of teachers protesting and walking out in favor of higher pay and better retirement savings plans this year.

Click to see how much teachers make in every state, and find out how Arizona stacks up.

Educators in Arizona, some of the lowest-paid teachers in the country, have joined the trend. Arizona Educators United, the largest teachers union in Arizona, voted in favor of a statewide teacher walkout this Thursday. Chiefly listed among their terms is a 20 percent salary increase for the 2018-2019 school year.

Although a 20 percent pay increase in two years might sound like a bold request, the average teacher’s salary in Arizona for the 2016-2017 school year was $47,403 — which is $11,547 less than the U.S. national average of $58,950 for the same period — according to the National Center for Education Statistics. If the state legislators and Governor Doug Ducey agree to the union’s terms, a 20 percent pay increase would raise the salary average to $56,883 — an annual salary figure still below the national average.

Arizona teacher salaries have precipitously dropped over the last 19 years. Whereas the nominal teacher salary has increased year by year, when adjusted for inflation, the average salary for Arizona teachers has decreased 10.4 percent since 1999. This means a veteran Arizona public school teacher is receiving less compensation today than he was almost 20 years ago.

To add to the complexities of the union’s demands, Arizona teachers are risking their entire livelihoods for their cause. Their planned walkout directly challenges a 1971 opinion from the then attorney general who argued that a statewide strike would be illegal, and participating teachers could risk losing their teaching licensure.

Despite being one of the most affordable states in the country, Arizona real estate prices are quickly outpacing a teacher’s ability to live there. The current median price of an Arizona home is $275,000 and real estate prices have seen an 8.8 percent surge in the last 12 months and are expected to rise another 3.8 percent going into 2019, according to Zillow. As for rental properties, the median rent price in Arizona is $1,395.

Click to keep reading about the salary increase you need to live in some major U.S. cities. 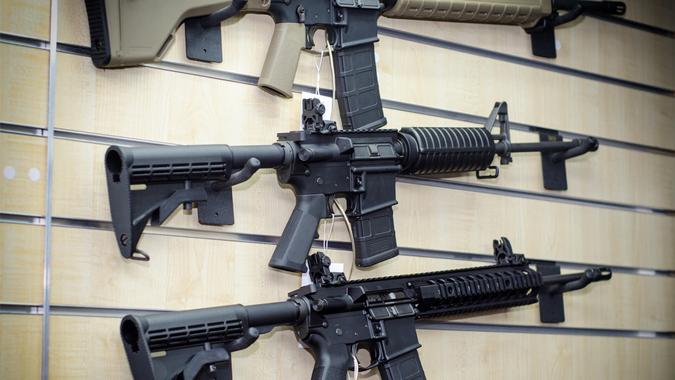 Gun Industry Contributes $51.3B to US Economy, Research Shows

Find out how the firearms industry impacts your state.