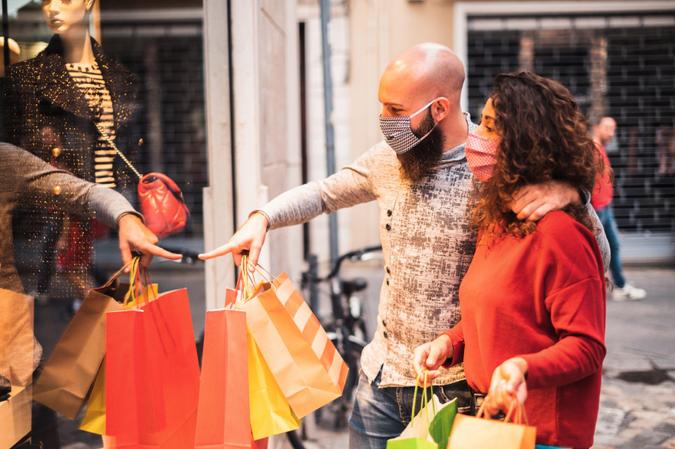 As the economy continues to recover from the pandemic, consumer spending has skyrocketed. Bank of America CEO Brian Moynihan told CNBC on Monday that transaction volumes on credit and debit cards as well as with Zelle payments have grown by 20% so far in 2021 compared to 2019.

See: Signs We’re Bouncing Back: 6 Ways Americans’ Spending Has Changed Since Last Year
Find: The Ultra-Rich Are Saving Their Money Instead of Spending It – Now the Middle Class Is ‘Buried’ In Debt

“People got a lot of stimulus money and they’ve been spending it,” Moynihan explained to CNBC. “The unemployment rate is coming down and people are going back to work. People can go to amusement parks, they can go on an inside-the-U.S. trip, they can go out to eat. You’re seeing everything open.”

Moynihan told CNBC that nearly all spending categories have recovered, with the exception of travel which is still 15% below 2019 levels. He also mentioned that accounts with about $1,000 to $2,000 in average balances are up 6 to 7 times what they were before the pandemic. Moynihan attributed this to stimulus checks and unemployment benefits.

According to a Deloitte economic forecast, households saved about $1.6 trillion more than predicted in 2020. Some of that went into investments, but households generally had more cash on hand. The Deloitte forecast expects a decline in the savings rate below its long-term level and very strong growth in consumer spending this year.