Living on minimum wage isn’t easy anywhere. And it can be especially difficult for those living in urban areas, where the cost of living tends to be much higher than outside city limits. However, that can depend entirely on your city.

According to a new study from GOBankingRates, the city you live in can have a major impact on how far you can stretch your paycheck when you’re making minimum wage.

The study scored each of the 100 most populous cities in the United States on these metrics: housing, groceries, utilities, transportation and livability. Those average costs were then combined and compared to the minimum wage paycheck at 40 hours a week. From there, GOBankingRates was able to identify cities that offer the most and least overall affordability — as well as a good quality of life — for someone earning the minimum wage. 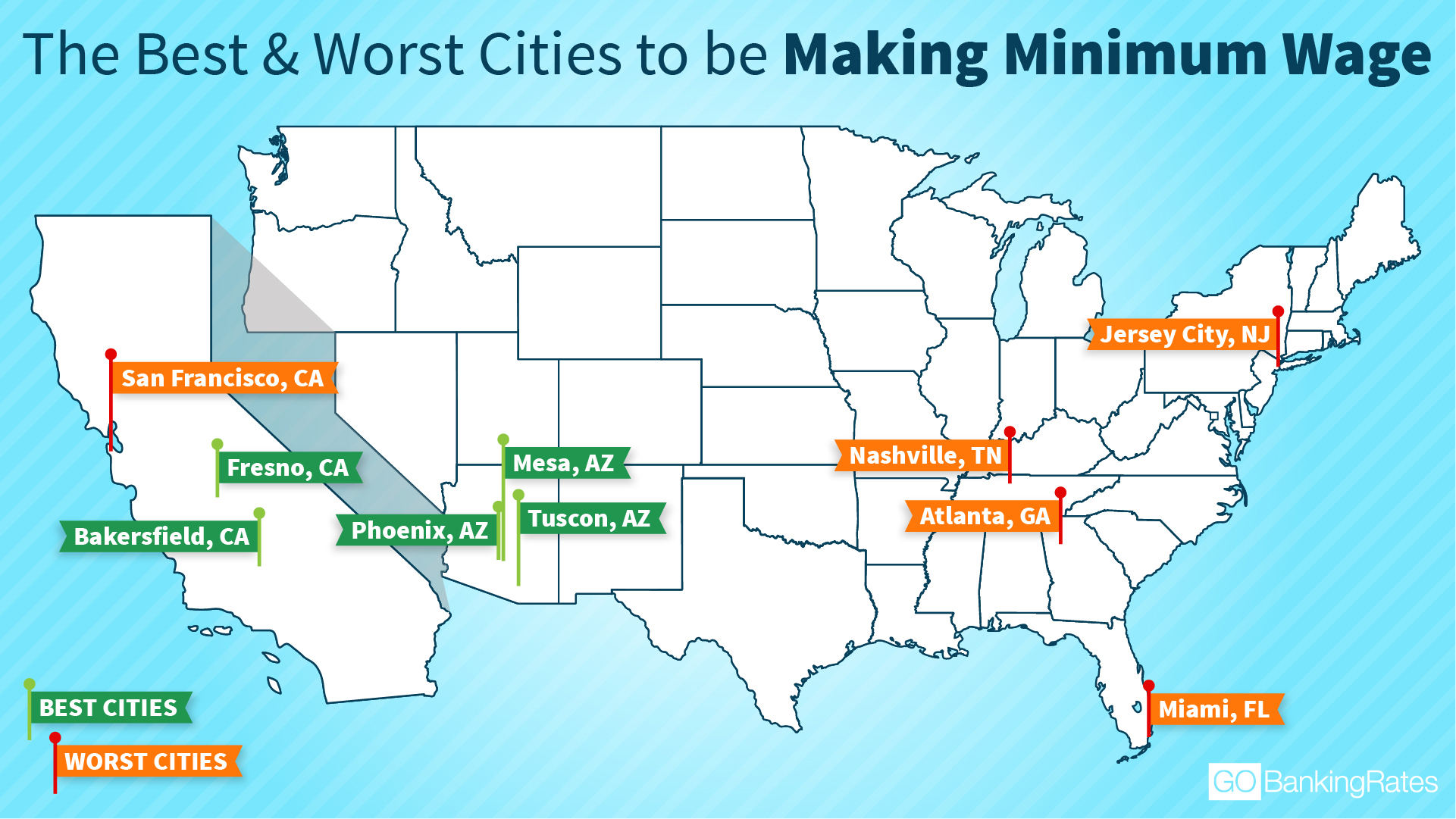 Reality Check: This Is What You Can Actually Afford on Minimum Wage

Some interesting and potentially unexpected results ended up bubbling to the surface. The best regions to live are certainly clear: the West, Midwest and the Southwest. About half of the top 25 cities are in the West or Southwest regions, with all six of the top six being in either California or Arizona. Some of the best cities are also located in the Midwest, with three in Ohio alone.

What might be most surprising, though, is that California is the top state for minimum-wage earners — despite the fact it’s one of the most expensive states to live in. California has the most cities appearing in the 25 most affordable cities.

Interestingly, California is also the state with the most cities among the 25 least affordable with four, proving that urban life in the Golden State is clearly running the gamut of potential experiences for low-income workers.

Here is the complete ranking of the best and worst cities to be making minimum wage:

Up Next: How to Live Comfortably on Just the Minimum Wage

Methodology: GOBankingRates compiled the list of cities based on the 100 most populous U.S. cities, according to U.S. Census Bureau estimates. Cities were analyzed based on the following factors: (1) housing, using the median rent for a one-bedroom apartment in each city, sourced from Zillow’s December 2017 rental index; (2) groceries, using the recommended amount reported by cost-of-living database Numbeo.com for each city; (3) utilities in each city, according to cost estimates from Numbeo.com; and (4) transportation cost based on the price of a monthly pass for public transportation, according to cost estimates from Numbeo.com. Monthly costs were totaled and multiplied by 12 to get the annual cost of necessities in each city. To get yearly salaries, the minimum wage was multiplied by 40 hours a week and by 52 weeks in a year. Each city was also given a livability score (sourced from AreaVibes). They were then ranked to produce a list of the best and worst cities to be making minimum wage. 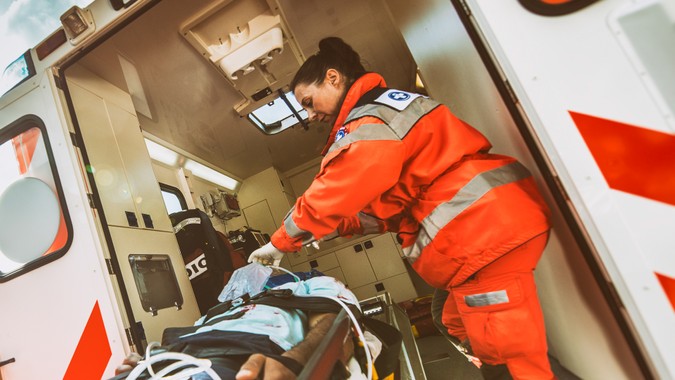 Quiz: Can You Guess the Biggest Industry in Your State?

See how well you know your state's biggest business.