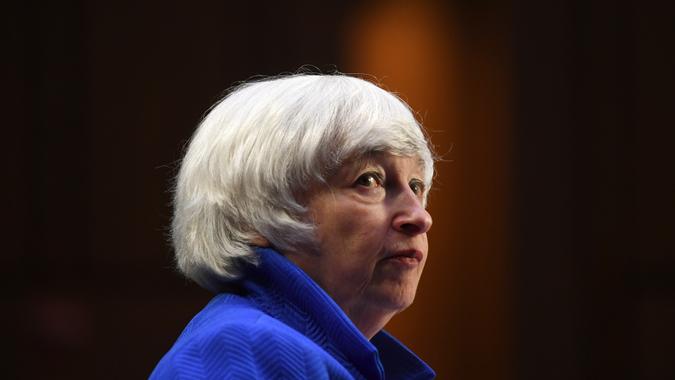 As President Joe Biden’s Build Back Better Act moves to the Senate after being passed by the House, Treasury Secretary Janet Yellen spent part of her time trying to ease fears that the social safety net and climate plan will increase the national debt.

In a statement released Thursday, Nov. 18, Yellen said the Built Back Better (BBB) Act is “fully paid for, and in fact will reduce our nation’s debt over time by generating more than $2 trillion through reforms that ask the wealthiest Americans and large corporations to pay their fair share.”

She based those figures on various financial analyses conducted in recent weeks, including a pair of Congressional Budget Office (CBO) scores, estimates from the Joint Committee on Taxation, and a Treasury Department analysis.

“A particularly salient aspect of the revenue raised by the legislation is a historic investment in the IRS to crack down on high-earners who avoid paying the taxes that they owe, which Treasury estimates would generate at least $400 billion in additional revenue,” Yellen added.

A lot depends on how well the IRS is able to enforce tax rules involving wealthy Americans and large corporations. The CBO scores lowered the total 10-year cost of the BBB plan to $1.68 trillion from earlier estimates of $1.85 trillion, USA Today reported.

But the CBO also said that enacting the BBB legislation would result in a net increase in the deficit of $367 billion over a 10-year period from 2022-2031. That figure does not include any additional revenue that might be generated by additional funding for tax enforcement.

It’s important to note that the national deficit and debt are two different things. The deficit represents the difference between what the government takes in from taxes and other revenues (receipts) and the amount of money it spends (outlays). The debt is the total of all deficits plus accumulated off-budget surpluses.

There is disagreement about how much money will be generated through additional tax collection from the wealthy and large corporations. While the Treasury Department puts the figure at $400 billion, the CBO estimated it would add only $127 billion more in net revenue, CNBC reported.