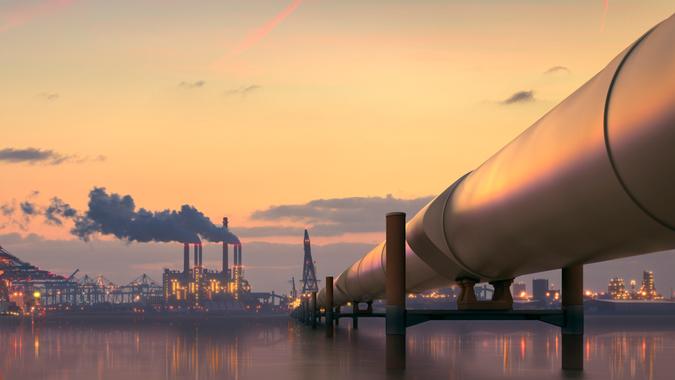 In a move that has been rumored for weeks, the Biden administration on Tuesday said it will release oil from the country’s Strategic Petroleum Reserve as a way to tackle skyrocketing gas prices ahead of the holiday season, though it’s uncertain how much impact it will have on Thanksgiving travel.

See: Thanksgiving Travel: Gas Cost by Vehicle as 84% Drive Due to Cancelled Flights and COVID
Find: If Your Money Is In These Banks, You Might Be Invested In Oil and Gas

The Department of Energy will make 50 million barrels of oil available to lower prices and bring supply closer to demand, NBC News reported, citing a statement from the White House.

“The increase in gas prices has occurred because global oil supply has not kept pace with global oil demand as the economy has recovered from the (COVID-19) pandemic and as countries and companies have held back on supplying oil, and because the declines in oil prices that we have seen have not translated into lower prices at the pump,” a senior administration official told reporters. “The president is taking action on both fronts and is committed to using every tool as needed.”

The United States was joined by other countries — including India, Japan and South Korea — in an effort to lower prices after many oil-producing countries refused to increase production to meet rising demand.

Gas prices in the U.S. currently average $3.42 a gallon, NBC News noted, which is their highest point since 2014. Some regions of the country are paying a lot more than that, including parts of California, where residents are paying $4.50 a gallon. More than 48 million Americans are expected to travel by car over the Thanksgiving holiday, according to AAA.

The question is, Will the new supply of oil make it to consumers quick enough to lower their prices at the pump before heading out on their Thanksgiving journeys?

Industry experts expect some parts of the country to see a drop in prices almost immediately, ABC News reported. But most will likely have to wait a couple of weeks before gas stations nationwide will have enough fuel to lower prices.

See: Here’s How Much You’d Save on Gas With a Tesla and Other Electric Cars
Find: Consumer Price Index Shows Food and Gasoline Prices Surged Again In October

The fact that Biden has finally decided to release oil reserves speaks volumes about the impact high gas prices are having on the U.S. economic recovery. As GOBankingRates previously reported, the last time the U.S. tapped into its reserves was a decade ago when the Obama administration sold 30 million barrels of crude oil as a way of easing price pressures after unrest in Libya disrupted global supplies.