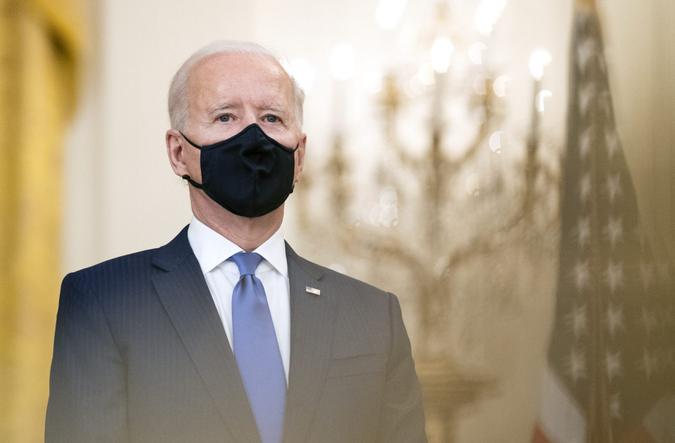 President Joe Biden is set to announce today that the U.S. will buy an additional 100 million doses of the single-dose Johnson & Johnson COVID vaccine, NBC News reports, citing two sources in the administration.

Biden will make the announcement this afternoon during a meeting with the CEOs of Johnson & Johnson and Merck, according to NBC News. This will likely give the U.S. enough vaccines to inoculate the entire population.

Just last week, Biden announced the “type of collaboration between companies we saw in World War Two,” with two competitors working together. Merck will help Johnson & Johnson produce its COVID vaccine, bringing the country “on track to have enough vaccine supply for every adult in America by the end of May,” he said in a briefing.

Biden added that his administration had also invoked the Defense Production Act to equip two Merck facilities to the standards necessary to safely manufacture the J&J vaccine. “I’ve always said, this was a wartime effort, and every action has been on the table, including putting together breakthrough approaches,” Biden said.

“And with the urging and assistance of my administration, Johnson & Johnson is also taking additional new actions to safely accelerate vaccine production. Johnson & Johnson’s vaccine manufacturing facilities will now begin to operate 24/7,” he said.

Johnson & Johnson’s single-dose COVID-19 vaccine was granted emergency use authorization by the Food and Drug Administration on Feb. 28. Johnson & Johnson’s vaccine, the Janssen Biotech Inc. COVID-19 Vaccine, is the third — after Moderna and Pfizer — to be granted an EUA and the first one requiring only one dose, facilitating and accelerating distribution amid a rollout that has been less than seamless.

At her daily press briefing yesterday, Press Secretary Jen Psaki said that “it’s important to remember only about 10% of the American population is vaccinated at this point. We’ve obviously made progress, but we have more work to do. And right now, our focus, as the U.S. government, is on getting more people vaccinated.”