ICYMI: The Biggest Financial Stories of the Summer 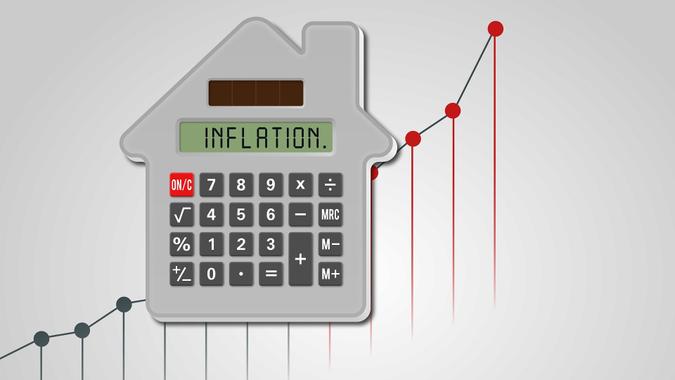 In case you missed it, it’s been quite a summer. Most Americans saw their financial outlook change dramatically between spring and the approaching fall as everything from their 401(k) balances to loan rates shifted and then shifted again.

Find Out More: Will Student Loan Forgiveness Include Parent Plus Loans?
Social Security Schedule: When September 2022 Benefits Will Be Sent

Although the summer is mostly in the rearview mirror, the events of the recent past might have a big impact on your financial future. The following is a brief roundup of the most important stories of the last few months, and a look at how they could affect you and your wallet in the months ahead.

It Got a Whole Lot More Expensive To Borrow Money

Americans were already spoiled with ultra-cheap loans before the pandemic forced the Federal Reserve to drop interest rates to near-zero, which sent the cost of borrowing money for things like mortgages and car loans to historic lows.

What does that mean for you?

If you plan to buy a home, 30-year fixed mortgage rates have soared to 5.80%. New car loans for those with excellent credit are now up to 7.88%.

Everything Else Got More Expensive, Too

The Fed has been so aggressive in raising interest rates for one reason: to fight soaring inflation, which has been the most important financial story of the entire summer. Prices had been rising across the economy for months leading up to the summer. Then in July, America learned that the inflation rate had risen by 9.1% over the 12 months ending in June.

Prices hadn’t climbed so high so fast since the bad old days of the hyperinflation era that defined the start of the 1980s four decades earlier.

The following month in August, the Bureau of Labor Statistics reported that things were finally moving in the right direction. The July CPI report showed that inflation had fallen to 8.5%. Welcome news, indeed, but even if the downward trend continues, you can still expect to pay much more for everyday goods and services this fall and winter than you did at the same time last year.

Pain at the Pump Defined the Busy Summer Travel Season

Nowhere was the soaring inflation of 2022 more evident than at America’s gas stations. The cost of fuel was the biggest driver of overall inflation, and on June 14 — right at the start of the busy summer travel season — the nationwide average price per gallon topped $5 for the first time.

That miserable milestone coincided with the 9.1% inflationary peak — but mercifully, it didn’t last. When the inflation rate dropped to 8.5% the next month, much of that decline was steered by the fact that gas prices had rapidly fallen back down to Earth.

Heading into September, the national average price per gallon is now down to a manageable $3.84. That’s still more expensive than this time last year when the price was $3.16, but considering what motorists endured all summer, there’s hardly room to complain.

Both Stock and Crypto Portfolios Tanked

On June 14 — the same day that gas topped $5 per gallon — the AP reported that stocks had officially entered a bear market. That’s when equity securities on indices like the S&P 500 and Dow Jones Industrial Average lose 20% of their value.

Cryptocurrencies don’t have a quantifiable bear market benchmark the way stocks do, but when the algorithmic stablecoin TerraUSD (UST) and its companion token Luna collapsed in May, it was a before-and-after moment for the digital currency market. The heady days of the 2021 crypto peak were over, and the summer of 2022 was defined by what came to be known as the “crypto winter.” By mid-July, the combined crypto market had lost $2 trillion.

Both the stock and crypto markets have since staged mini-comebacks, but volatility, down markets and jittery investors still dominate both investment classes headed into the fall.

Student Borrowers Got a Big Break

Politically speaking, the summer was defined by a rallying comeback by the once down-and-out Biden administration. One of President Joe Biden’s biggest achievements was the good news he delivered to many of the 45 million Americans who owe a collective $1.6 trillion in student debt.

Biden’s student loan forgiveness plan provides up to $20,000 in debt cancellation to recipients of Pell Grants who secured loans through the Department of Education. The plan also cancels up to $10,000 in student debt for non-Pell Grant borrowers.

The relief is targeted and designed to help the borrowers who are having the hardest time repaying their loans. The help is reserved only for those who earn up to $125,000 or $250,000 for married couples. No high-income earners in the top 5% will benefit from the plan, which also extends the COVID-19-era pause on repayment through the end of the year and cuts payments for undergraduate loans in half.