Looking To Boost Retirement? Why the SECURE 2.0 Legislation Might Not Help Those Who Need It Most 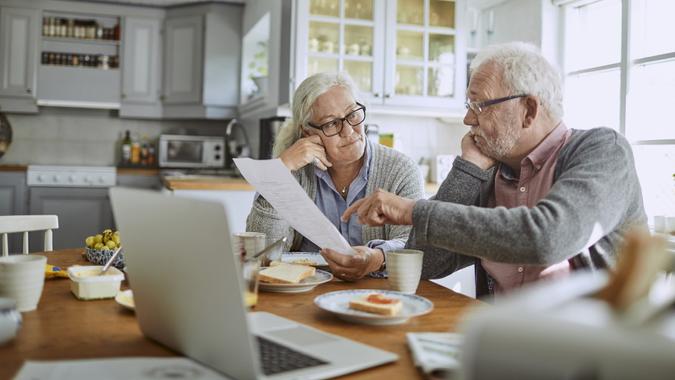 If passed, the SECURE Act 2.0 would make it easier for some people to save for retirement. Provisions of the bill require employers to automatically enroll workers in a 401(k) plan. Workers could opt out of the automatic enrollment arrangement, if desired, and have the automatic payroll deductions refunded.

The act also calls for increasing coverage for part-time workers, requiring just 500 hours worked in each of two consecutive 12-month periods to qualify for a 401(k). Investors in a 401(k) must still be over the age of 21, and part-time employees would not be eligible for matching contributions from their employer.

The legislation would also raise catch-up contributions for SIMPLE (Savings Incentive Match Plan for Employees of Small Employers) retirement plans to $5,000 annually, up from $3,000.

A recent GOBankingRates survey found that 64% of Americans have less than $10,000 saved for retirement — which is not nearly enough for most people to maintain their standard of living, even factoring in Social Security benefits.

While SECURE Act 2.0 aims to make it easier for Americans to save, it may not help those who need it the most, according to a report from CNBC. A Vanguard study showed that only 12% of workers in the company’s retirement plans are maxing out their 401(k) contributions, and only 15% of those eligible to make catch-up contributions are doing so.

On the other hand, the study showed that 60% of plan participants making more than $150,000 annually made catch-up contributions. The data appears to suggest that if people can afford to make catch-up contributions, they are more likely to do so. But most Americans aren’t taking advantage of this feature even with the lower thresholds.

See: POLL: Do You Think the Government Should Increase SNAP Benefits?
Find: Secure Act 2.0: How Women’s Financial Security Will be Impacted by the New Legislation

Alicia Munnell, director at the Center for Retirement Research, told CNBC that people who are behind on saving for retirement won’t need increased catch-up contributions, because they typically haven’t maxed out their contributions under the current rules. “I think it’s a giveaway to high-income people basically through the catch-up,” she told CNBC.