Build Back Better Postponed Until 2022: What Financial Impacts Could Families Face? 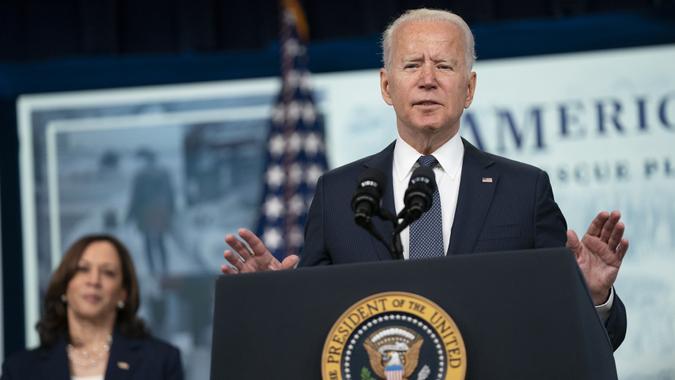 After several months of negotiations, President Biden’s Build Back Better Plan is unlikely to meet the original goal of receiving approval by Christmas. The delay of the legislation could have significant economic impact, and comes as news following a last-minute aversion of U.S. default via a raising of the debt ceiling.

Sen. Joe Manchin, D-W.Va., has yet to sign off on the $1.75 trillion proposal and signaled he isn’t ready to provide his vote. Now that negotiations are expected to spill into 2022, families may be feeling an immediate impact.

Unless it’s extended by Congress, the enhanced child tax credit will expire at the end of the year. The last payments went out to families Dec. 15. The Build Back Better Plan proposed to extend these payments for an additional year. According to CNBC, Manchin denied a report claiming that his position on extending the child tax credit is delaying the bill. Manchin claimed that he has “always been for child tax credits.”

Elaine Maag, a principal research associate at the Urban-Brookings Tax Policy Center, told CNBC that if the existing law does expire, low-income households would feel the shock while middle and high earners would feel little to no impact.

“There’s a long history of the child tax credit being expanded temporarily, and when the deadline hits it gets extended again,” Maag told CNBC.

Democrats are considering extending the child tax credit through a separate bill; however, CNBC reported that they would need 10 Republican votes to break a filibuster.

Learn: What Did Biden and Congress Mean for Our Wallets in 2021?
Explore: Debt Ceiling Update: Biden Signs Increase Into Law

According to a statement released by the White House in October, the Build Back Better framework also aims to reduce spending on childcare by providing two years of free preschool, expanding access to higher-quality home care for older Americans and those with disabilities as well as expanding affordable health care coverage.

The framework also proposes to bring down the costs of housing, provide greater access to high-quality education beyond high school and cut taxes for 17 million low-wage workers.