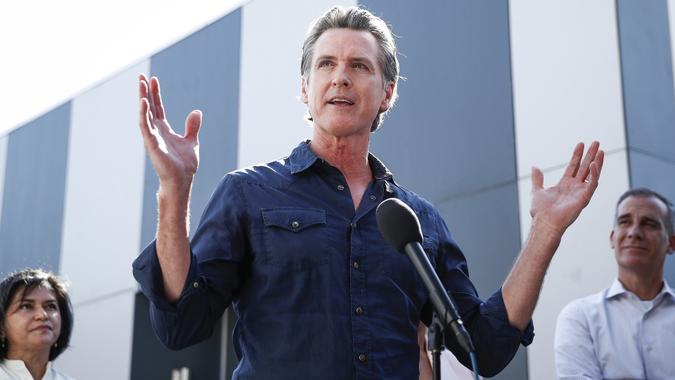 In what is being hailed as a landmark victory for food service workers, California’s legislature has passed a new bill giving more protections to fast food employees. Having cleared the state’s senate and assembly late Aug. 29, the FAST Recovery Act (AB 257) now sits on Gov. Gavin Newsom’s desk, where it is expected to be signed into law.

See: 8 Costco Frozen Foods That Give You the Best Bang for Your Buck
Find: 10 Items You Should Always Buy at Dollar Tree

LAist called it a “first-in-the-nation” move which forms a democratized council that will come to agreements on industry working conditions, hours and wages. Per the Associated Press, the Fast Food Council will be comprised of 10 members with equal representation in terms of delegates for the workers and employers — as well as two officials from the state of California. The council will have to be approved via a petition signed by at least 10,000 fast food workers, AP noted.

The West Coast state is home to 500,000 non-unionized fast food workers, according to the AP, and the FAST Recovery Act will give them more bargaining power than ever before. This legislation is also key, per LAist, because the industry has had a difficult time organizing worker unions due to the framework of franchises in addition to high turnover rates.

In response to the news, Service Employees International Union (SEIU) president Mary Kay Henry made a statement at a rally outside the Capitol building. She declared: “We made history today,” adding it was a “watershed moment for working people.”

The legislation was contested by business owners and a number of state Republicans, with many warning the bill would drive up prices for customers. However, some supporters of the legislation, like Democratic California Sen. Maria Elena Durazo said: “It’s bringing industry and workers together at the table [in a] very well-balanced method of addressing both the employers, the franchisees, as well as the workers.”

One of the big provisions the FAST Recovery Act will look to target is providing adequate wages adjusted for the cost of living. The current minimum wage in California is $15.50 an hour, but the new bill will be active in recommending income increases within the fast food industry. That being said, there would be a cap at $22 an hour (in 2023) for any chain with more than 100 restaurants.

Discover: What Is the Highest Income for Food Stamps in 2022?
Live Updates: Financial Trends, Money News and More

Beyond wages and investment, the FAST Recovery Act also addresses health and safety standards for workers. As the Los Angeles Times noted, a recent study by UCLA and UC Berkeley found that more than half of fast food industry employees polled cited safety hazards while on the job, and that oftentimes the “employer did nothing to resolve the issue.” Another quarter of respondents said they were on the receiving end of retaliation.