The financial crisis of the past couple of years was the biggest since the Great Depression. Even then, the one topic that was almost never raised was the financial health of the US federal government. In fact, throughout the crisis, the US Treasury bonds were used as a “safe haven,” and investors were willing to live with a negative interest rate just to know their money is invested in the most secure financial instrument in the world, the Treasury bill.

However, even as the financial crisis receded into the past, the issue of the safety of the US government debt is discussed more and more often. Really, why do we think the federal government debt is so secure? The main reasons are:

But a long recession erodes tax income, the Fed cannot print too much money for fear of inflation, and the political will to pay on its debts only goes as far as the financial constraints allow.

The news that triggered the current concern is the negative outlook on the UK government’s credit rating. It’s always been rated at AAA (the highest credit rating available), but on May 22, 2009 Standard and Poor’s announced that it revised its outlook from “stable” to “negative.” In simple words, this means that there is some doubt, in the minds of S&P analysts, that the UK can maintain its AAA rating in over the next years. Investors now realize that the same fate can be in the cards for the US government as well.

What would happen if the US government does default? The first problem is that if you invested in bonds, you will lose a lot of money. The next problem is that the US government won’t be able to get cheap financing any longer, and that means the country would have to stop living on credit. It might result in a terrible recession, far worse than what we’ve seen so far.

You might consider taking some of your money out of stocks and bonds and putting them into bank CDs. Bank CDs are protected by the FDIC; since no one can tell if FDIC itself would survive the federal government default, you can consider gold as well. Just don’t put all your money in either gold or CDs – you should still keep most of it in normal investments such as stocks and bonds. 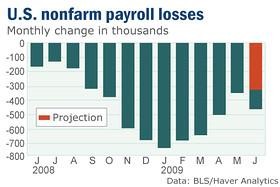