Why Are Car Prices So High? The Issue Goes Beyond Chip Shortages 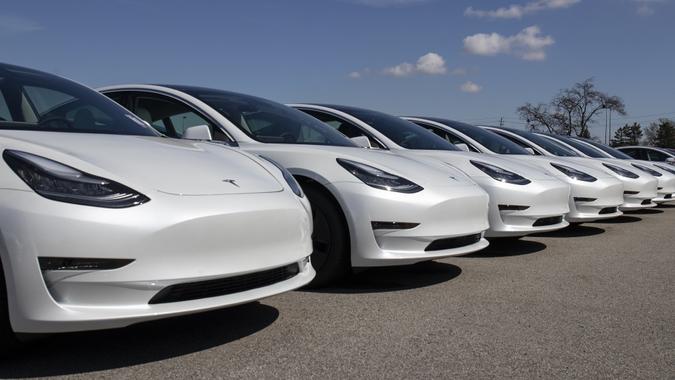 Supply shortages only seem to be getting worse. Relief from the microchip shortage may not be on the horizon, as a surge in COVID-19 cases from the delta variant in several Asian countries that produce auto-grade chips is delaying a return to normal production. Analysts are now saying that these record-high consumer prices for vehicles — including new, used and rental cars — may not come back down until 2023, AP News reports.

The supply shortage involves more than just computer chips. AP News went on to reveal that automakers are seeing shortages of wiring harnesses, plastics and glass.

New car prices hit a new record for the fourth consecutive month in July, according to Kelly Blue Book. The average transaction was $42,736 — or 8% higher year-over-year — with the typical sticker price of a new car going above the manufacturer’s suggested retail price.

General Motors and Ford have also announced one- or two-week closures at multiple North American factories, AP News added, and last month, Toyota announced production cuts by at least 40% in Japan and North America for two months. This would mean a reduction of 360,000 vehicles worldwide for September.

Related: Looking to Purchase a New Vehicle? Here’s Why You Might Not Find Your Dream Car

Nissan has also reported a factory closure in Smyrna, Tennessee until September 13, and Honda dealers are also expecting fewer shipments.

In August, new vehicle sales in the U.S. fell nearly 18%, mainly due to these supply shortages. August’s “pace of sales is the lowest since late 2011 during the recovery from the Global Financial Crisis,” Oxford Economics’ Mahir Rasheed wrote in a research note reported by CBS. Also, U.S. dealers had fewer than 1 million new vehicles on their lots in August — 72% lower than two years ago, reported AP News.

Consulting firm Alix Partners calculated that even if auto production immediately went back to its highest levels, it would take more than a year to achieve the normal 60-day supply of vehicles and for prices to go back down.

“There will be an end to it, but the question is really when,” Ravi Anupindi, a professor at the University of Michigan who studies supply chains, told AP News.