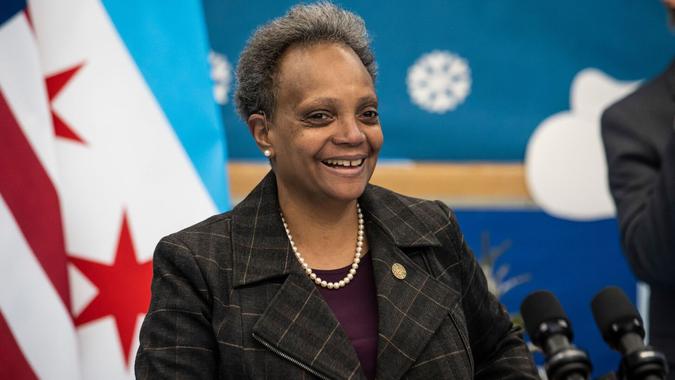 An innovative new pilot program in Chicago will give 5,000 residents of the city $500 per month for a year as a way of helping them overcome poverty.

Discover: 9 Bills You Should Never Put on Autopay
More: 10 Dollar Store Items That Aren’t Even Worth the Buck

The program, called the Chicago Resilient Communities Pilot, represents a $31.5 million commitment from Mayor Lori Lightfoot and the City of Chicago’s Department of Family and Support Services. The funding comes as part of a broader effort to tackle poverty and help residents recover from the COVID-19 pandemic, according to the City of Chicago website.

There will be no limitations placed on how the money can be spent by recipients.

“The Mayor believes that people living with poverty simply do not have enough money to make ends meet,” a press release said. “Cash assistance changes that circumstance and empowers residents to decide how to best meet their financial needs and goals.”

Nearly one in five Chicagoans (17%) live in poverty, according to the press release. That percentage is even higher in Black and Latino communities. As recently as 2017, per the same release, 44% of Chicagoans could not afford basic needs — and that was three years before the COVID-19 pandemic contributed to widespread job losses, health risks and increased caregiving responsibilities.

Federal economic stimulus checks and child tax credit payments helped low- and middle-income households in Chicago (and elsewhere) weather the financial impact of the pandemic. The City of Chicago claims it has opted for cash assistance because it provides flexibility in terms of meeting certain financial needs, such as making a quick trip to the grocery store or buying school supplies.

See: POLL: Do You Think States Should Suspend Their Gas Taxes?
Find: Cutting The Child Tax Credit Has Put 3.7 Million More Children In Poverty Since January

If you are interested in the pilot program, visit the application page to learn more.