Child Tax Credit Impact: What the Advance Really Did To Help Families 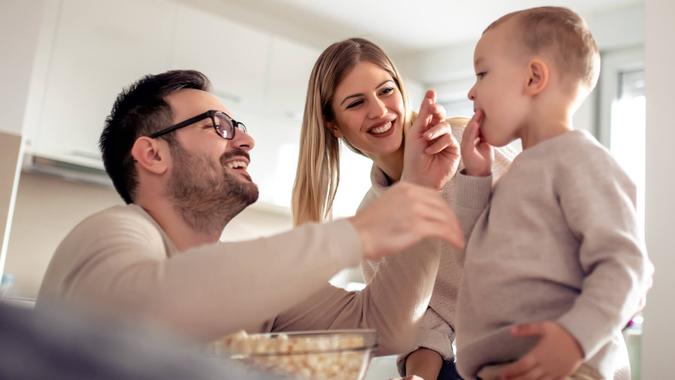 Last July, the federal government began issuing an advance on the Child Tax Credit that families with children typically claim each year on the tax returns. The program, part of the American Rescue Plan, increased the tax benefit from $2,000 per child per year up to $3,600 for children under 6 and $3,000 for children ages 6 to 17. More significantly, half the funds were distributed on a monthly basis between July and December 2021.

Studies showed the payments reduced child poverty by roughly 30%, affecting 3.7 million children, according to the Columbia University Center on Poverty and Social Policy. Experts said the program worked so well because roughly 23 million children who previously didn’t qualify for the credit because their families didn’t make enough money were now able to receive those funds.

Between July and August 2021, the percentage of households with children experiencing food insecurity — which means they reported that they “sometimes” or “often” felt they didn’t have enough to eat — dropped from 11% to 7.8% after the first payment was distributed in July.

How Did Families Spend the Money?

A study of U.S. Census Bureau data conducted by the Center on Budget and Policy Priorities found that 91% of those low-income families used the money to buy food, clothing and school supplies, as well as using it to cover utility bills or rent. A smaller percentage said they used it to make payments on vehicle loans, pay for child care or pay down existing debt.

The credit was available to families earning up to $150,000 and even those families at the higher income level benefited from the funds to purchase household necessities, although 43% put the money toward paying down debt. In addition to helping lower income families, the funds helped America’s middle class gain some financial security with reduced debt. This may have also helped stimulate the economy as families with less debt could then free up disposable income for purchases.

While the credit helped, it didn’t entice parents who were already working to quit their jobs or those who were looking for work to stop their job search. In fact, the extra funds helped some parents pay for child care so they could return to the workforce.

“Five-hundred dollars a month isn’t enough reason to quit looking for a job,” Jess Hudson, a single mom-of-two, told WITF.org. “I can’t live on that. It was enough to give me child care help so that I could finish school, so I could get a job, so I can participate in the economy in the ways that I want to do.”

How Much Did the Program Cost?

In spite of all the positive benefits associated with the extended CTC program, it comes with a hefty cost. The Tax Policy Center said that returning to the standard CTC that existed prior to 2021 comes with a price tag of $125.5 billion in taxpayer dollars. The extended credit, if it’s reinstated for 2022, would cost another $100 billion on top of that.