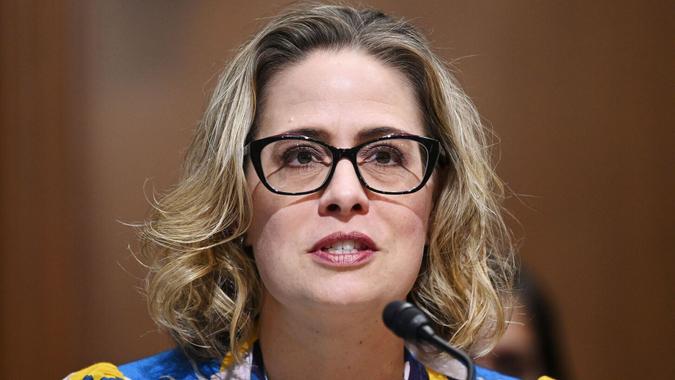 Taxpayers hoping for the advance Child Tax Credit to be reinstated for February may find themselves scrambling to fill that gap in their income for another month or two. Senate Democrats continue to grapple with getting full buy-in from their party on President Joe Biden’s Build Back Better bill. Sen. Joe Manchin remains firmly against passing the bill in its current form, with the CTC being a key sticking point.

Manchin and Sen. Kyrsten Sinema want to add a work requirement to collect the CTC, which would exclude families that don’t normally file taxes and have no other income. In 2021, the advance CTC helped lift 3 million children out of poverty, per a Columbia University analysis reported by CNBC.

However, House Democrats said at a press conference on Jan. 11 that they do not intend to create separate legislation to restart the CTC stimulus program, Insider reported. Instead, they will continue pushing for the Senate to pass the Build Back Better Act. The act has no support from Senate Republicans, which means it needs 100% buy-in from Democrats in the evenly divided Senate. Vice President Kamala Harris would then provide the tie-breaking vote for the legislation.

“It is my hope and expectation that we are going to be able to arrive at an agreement with the Senate, including Joe Manchin and Kyrsten Sinema, around a Build Back Better Act,” Rep. Hakeem Jeffries said at the press conference.

Insider reported that President Biden is likely to set a March 1 deadline for passing the bill, so that — should the bill pass — he could announce the victory during his State of the Union address. However, many senators are unsure of this scenario materializing.

Instead, the Democrats are focused on passing a voting bill that would eliminate the 60-vote requirement for passing most bills in the Senate. With that requirement lifted, it would be easier to pass bills without bipartisan support. However, such a bill’s passage would not help the current situation concerning passing the Build Back Better Act in the immediate future, as Manchin and Sinema — going into the Martin Luther King Jr. Day weekend — seem unwillingly to budge on the legislation.