Confidence in US Employers Suffers Steepest Drop in Two Years 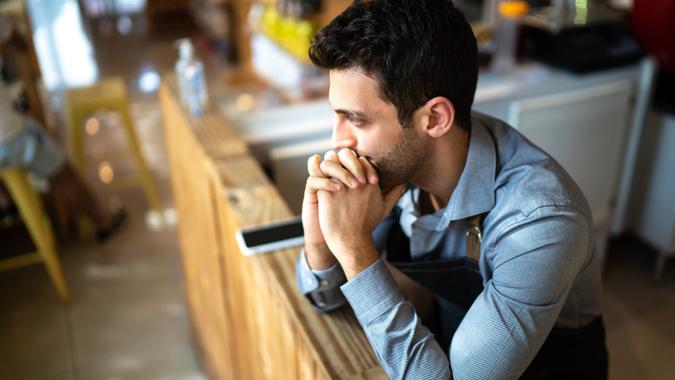 Americans’ optimism regarding their employer’s business outlook in the next six months has dropped sharply, hitting its lowest level since the beginning of the pandemic, according to a new survey.

See: Here’s How Much Cash You Need Stashed if a National Emergency Happens
Find: 6 Signs You Can’t Afford To Retire

Americans are worried about several things, chief among them being the four-decade high inflation that’s pushing food and gas prices to the sky.

LinkedIn addws that the low optimism may also reflect personal concerns, which are reflected in greater job-hopping and a reluctance to return to the office.

The survey also notes that during the first quarter of 2022, signs of a sharp drop in employee confidence began registering in several industries, as compared to fourth quarter 2021 levels. These include management consulting (down 15 points, to +44), transportation, trucking and railroads (also down 15 points, to +32) and retail (down 11 points, to +27), according to LinkedIn.

Anders said that while many companies have been providing more perks, “peripheral goodies can go only so far in terms of building employees’ faith in their company’s mission.”

Bhushan Sethi, Joint Global Leader, People and Organization, PwC, and adjunct professor at NYU Stern, told GOBankingRates that “it’s clear that some workers are feeling greater levels of uncertainty and anxiety in how they work, consume and live.”

“Some of this may relate to rising costs, geopolitical tensions, concerns with safety or job security,” Sethi added.

Employment Survey: US Employers Plan To Hike Pay and Address Pay Equity in 2022 — What It Means for Workers?
Taboo Conversations: The Benefits of Discussing Political and Social Issues At Work

PwC’s Global Workforce Hopes and Fears Survey 2022 survey, released May 24, highlighted a number of factors that are important to today’s workers that go beyond pay — including fulfilling work, being their authentic self and feeling a sense of caring from colleagues and managers, he added.

“We suggest business leaders continue to focus on what they can control to manage workforce confidence — including transparent communications, where possible seek alternatives to layoffs and continue to invest in employee wellbeing and upskilling,” he said.