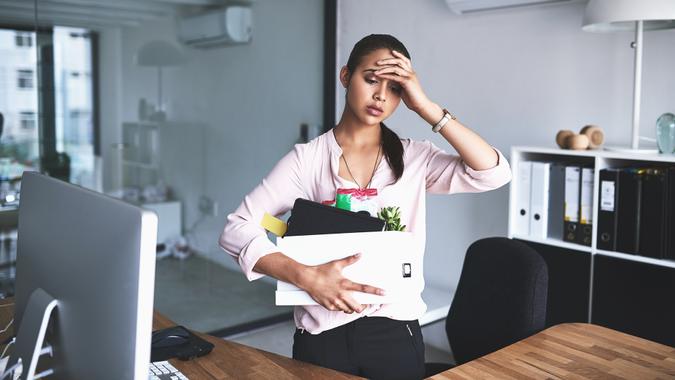 For the week ending, ending April 16, the advance figure for seasonally adjusted initial claims was 184,000, a decrease of 2,000 from the previous week’s revised level- reflecting a still-tight labor market.

See: 6 Bad Habits That Hike Up Your Grocery Bill
Find: Target, Amazon and 4 More Retailers That Will Reward You for Turning In Your Old Stuff

Economists anticipated a slight decrease to 180,000, according to The Wall Street Journal.

Connecticut saw by far the largest increase in new claims, followed by New Jersey and California, according to the Labor Department data.

In terms of states that saw the largest decrease in new claims, Missouri led the pack by far, with a 7,656 decrease, the data shows. Other states that saw drops in claims include:

In addition, the Labor Department data shows that in Missouri layoffs were in the manufacturing, healthcare and social assistance, and administrative and support and waste management and remediation services industries.

In Michigan, there were mostly layoffs in the manufacturing industry. In California, layoffs were in the agriculture, forestry, fishing and hunting industry.

POLL: Do You Think Student Loan Debt Should Be Forgiven?
Discover: Half of US Employees Would Leave Their Job for This One Reason, But Will Stay for These Benefits

Despite the slight weekly increase, the figure continues to underscore how far the job market has recovered. For the corresponding week a year ago, claims were standing at 566,000, according to Labor Department data.