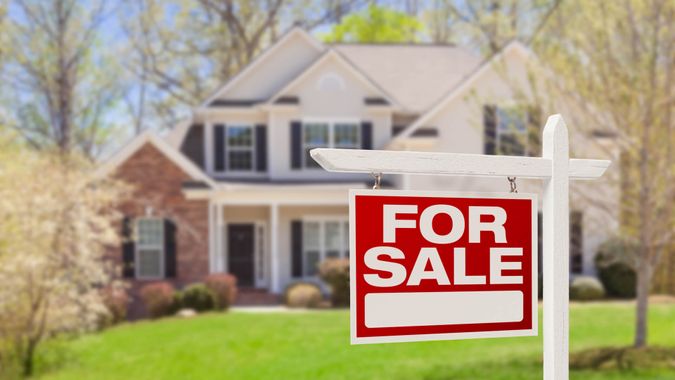 If you’ve been anticipating the housing market turning a corner, you may need to adjust those expectations — at least for now. According to the latest HPS-CivicScience Economic Sentiment Index (ESI) reading, consumer confidence continued to slip with record-low confidence on purchasing a new home.

See: Homeowner Stimulus Checks Are Coming – How to Get Your Money From This $10B Fund
Find: Two New Stimulus Checks May Be on the Way – Here’s Everything You Need to Know

“This is not a surprise because we are still coming out of an unprecedented event and really people don’t have anything to compare it with,” Sam Stovall, Managing Director of U.S. Equity Strategy at CFRA, tells GOBankingRates. “And with higher gasoline prices and unemployment rates still elevated versus a year and half ago, people are still nervous about things and scratching their heads as to why the stock market is doing so well when the world is still uncertain. They probably missed the old saying ‘Wall Street climbs on walls of worries.'”

Confidence in the U.S. economy was the sole indicator to rise over the past two weeks, while the rest of the indicators declined, according to the index.

Consumer confidence in the job market fell, despite the May jobs report showing the U.S. economy added 559,000 people to payrolls. While that figure was better than in April, it was still below economists’ expectations.

Confidence in personal finances and in making a major purchase also sank, according to the index.

So what is to be said of confidence in the housing market taking such a deep dive, where it is now  18.7 points below its 2021 high?

Stovall attributes this to several factors. The low home inventory triggered by people flying cities, combined with inflation and supply constraints — such as lumber — have pushed prices up.

Read: The Economy and Your Money: All You Need To Know

“This will change. When you have a commodity related disruption, or a commodity-style inflation, they tend to right themselves a year or so later,” he said. “Consumers are important, they represent 70% of our economic activity, so if they’re not feeling comfortable, it could spell trouble.”

He adds, however, that when looking at economic growth this year, “our feeling is that we’ll see a 6.2% rise in real GDP, and we see that driven by personal consumption forecast, mostly in durable goods. We also see inflation back down to 2.5% by this time next year. And when you look at unemployment, our expectations are that the rate will go below 4% next year. We’re slowly getting back to normal.”

Learn: Inflation Is at a 13-Year High — So Why Is Everyone So Calm?
Discover: What Should Americans Expect With Inflation in the Coming Months and Years?

The ESI measures U.S. adults’ expectations for the economy going forward, as well as their feelings about current conditions for major purchases. Unlike other prominent indices that release consumer sentiment estimates infrequently, it is updated in real-time as responses are collected continuously every hour of every day, according to the index’s website.