How Much More Did You Pay For Airline Tickets & Hotel Stays Because of Inflation in May? 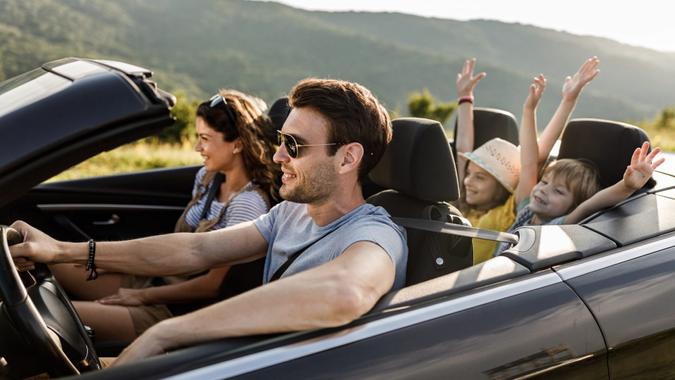 See: May Inflation Reaches Highest Level Since 1981, Touches Every Sector of the Economy
Find Out: The U.S. Pilot Shortage – How Much Will Airfare Increase?

The good news is that airline fares in May rose “only” 12.6% from the previous month, according to the U.S. Bureau of Labor Statistics’ latest Consumer Price Index report, released on Friday. That might seem like a hefty gain — okay, it is a hefty gain — but it’s still well below the 18.6% monthly increase reported in April.

That’s about the only bright spot in an otherwise grim inflation report for U.S. travelers, who face rapidly escalating prices for everything from airfares and Uber rides to lodging and rental cars.

On a year-over-year basis, the index for airline fares grew 37.8% in May, the BLS reported. That was one of the biggest annual increases for any category during the month.

The index for new vehicles rose 12.6% on an annual basis — which could be a key indicator that rental car prices will also continue to move higher. As the Washington Post reported earlier this year, rental car companies have had to operate with lower inventory in 2022 after selling off large chunks of their fleets during the early days of the COVID-19 pandemic. They now find themselves having to rebuild those fleets in an auto market with limited inventory and much higher sticker prices, which has led to higher prices for travelers.

Travelers also face much higher prices to fuel those cars. The gasoline index for May rose 4.1% month-over-month following a 6.1% monthly decline in April. On a year-over-year basis, gasoline prices rose 48.7%. Higher gas prices have been a key contributor to higher fares for taxis and rideshare services provided by Uber, Lyft and other companies.

Don’t expect gas prices to go down anytime soon. The national gasoline average as of June 10 was $4.986 a gallon, according to AAA. That’s a new record high in a recent series of new record highs.

Despite all the inflation headwinds, the travel industry has seen surging demand in recent months thanks to pent-up demand following two years of pandemic restrictions. Consumers are rushing to book flights in what some have called “revenge travel,” Bloomberg recently reported.

Demand for air travel “is off the charts,” Delta Air Lines CEO Ed Bastian said at an industry conference last week, adding that fares this summer could be 30% higher than pre-pandemic levels.

Summer Travel 2022: Nearly Two-Thirds of Americans Pay For Vacation With Savings — How To Build Your Fund
Find: 25% of Americans Book Travel With Credit Cards — Why This May Be a Good Thing