Consumer Price Index: How Much More Did You Pay to Eat Out Because of Inflation in June? 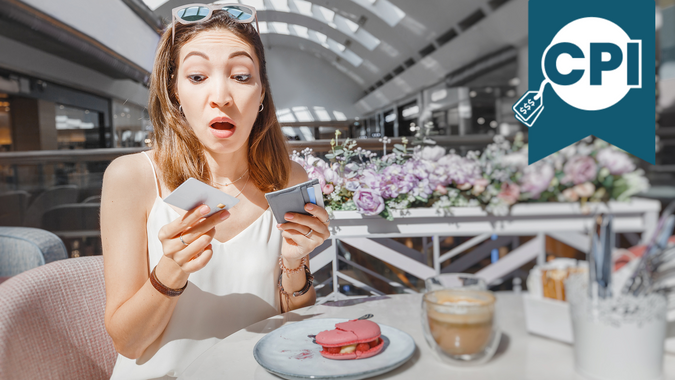 June’s inflation report carried a whole menu of bad news for consumers, as overall prices rose more than 9% year-over-year to their highest level in more than four decades. The cost of eating out didn’t rise quite that high, but it still notched its biggest gain in nearly 41 years.

The overall Consumer Price Index for June 2022 increased 1.3% from the previous month on a seasonally adjusted basis, according to a U.S. Bureau of Labor Statistics report released on Wednesday. Year-over-year, inflation soared 9.1%.

The food away from home index for June climbed 0.9% on a monthly basis after rising 0.7% in May. The June index for full-service meals rose 0.8% from the previous month, while the index for limited-service meals increased 0.7%, matching May’s increase.

June’s numbers continued a months-long pattern of higher prices for eating out amid a move by restaurants, coffee shops, cafes, fast-food joints and other eateries to raise prices to help cover higher food and labor costs. Overall food prices have risen 10.4% over the last year, the BLS reported.

These price hikes have also been extended to food delivery services such as Grubhub and DoorDash, which have had to raise their delivery fees to help make up for record-high gas prices this year.

There might be hope on the horizon, however — at least in terms of food prices. Analysts at Morgan Stanley Research are forecasting that food prices will peak in 2022 and start falling in 2023.

Live Blog: Consumer Price Index Inflation Coverage and More Live Updates
Find Out: How Much More Did You Pay for Vacation Because of Inflation in June 2022?

“While we recognize investor concerns that food prices may escalate further, we believe the market is underappreciating the factors that will cause future food price increases to moderate,” Morgan Stanley Equity Analyst Roberto Browne said in a July report on the company’s website.

Among those factors are an expected increased output by farmers, weather normalization and the potential for easing of tensions between Russia and Ukraine.