Consumer Restraint Could Be Saving the U.S. Economy From Inflation 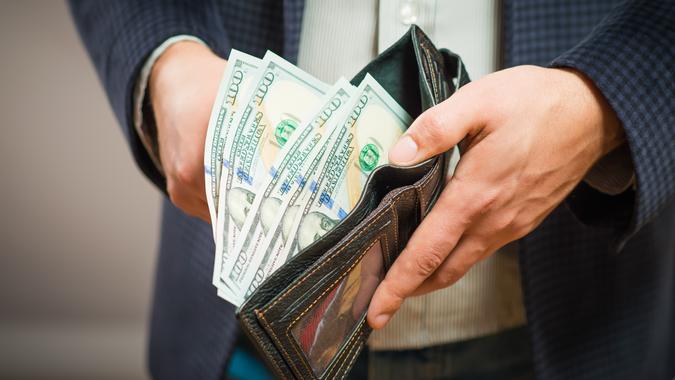 The inflation debate has been storming since the reopening of the U.S. economy.

The Bureau of Labor Statistics released the Consumer Price Index for May earlier this month, revealing an increase of 5% from the previous year. Inflation levels grew at their fastest rate in May since the 2008 financial crisis.

One side has argued that the latest stimulus package is elevating inflation levels, while the other side — which includes the Biden administration and the Federal Reserve — blamed price growth on the economic reopening, reports Business Insider.

Economy Explained: Inflation’s Ups and Downs: How It Impacts Your Wallet

Recent consumer spending habits have been a major contributor to inflation rates. As the economy reopened, Insider noted that retail sales hit record highs and the reopening turned into a spending boom. However, it was also noted that elevated levels of spending have hit supply levels — creating chokepoints in the global economy and slowing down the production of goods while pushing up prices.

Insider also pointed out that Americans are not paying elevated prices and are instead holding off on making some purchases. According to CPI data and reported by Insider, used car and truck prices rose 10% and 7.3% in April and May, respectively. In the housing market, a housing shortage has caused prices to soar, resulting in slipping sales in May for both existing and newly built homes.

Discover: The Worst Places To Buy a Home During the Pandemic — and Where To Invest Instead
Find: The Ultra-Rich Are Saving Their Money Instead of Spending It – Now the Middle Class Is ‘Buried’ In Debt

However, Bank of America economists say that there’s reason to be optimistic, reports Insider, stating that demand is likely to persevere as supply shortages are tackled.

“Effectively, as the economy hits more supply side constraints, our metrics of growth soften,” says Tim Duy, SGH Macro Advisors economist, reports Axios. “But it shouldn’t be confused with a typical demand side slowdown.”