The definition of overpopulation is in the name: An area that’s beyond capacity to handle the material needs of the people living in it. Less than 1 billion people walked this planet in the mid-18th century. A couple of centuries later Earth is eyeing a global human population of 7.5 billion, thanks to progressive leaps in technology, science and agriculture. But can this rising figure be sustained, and what would be the cost of doing so?

To begin answering that immense question, GOBankingRates analyzed population and rent data from Demographia and Numbeo to find the top 10 most overpopulated countries in the world. Researchers then broke down the average monthly salary and rent costs in those country’s most populated urban areas to determine what percentage of salary goes toward rent.

Although overpopulation is a collective issue, these insights help us understand the individual costs people face living under strained conditions. 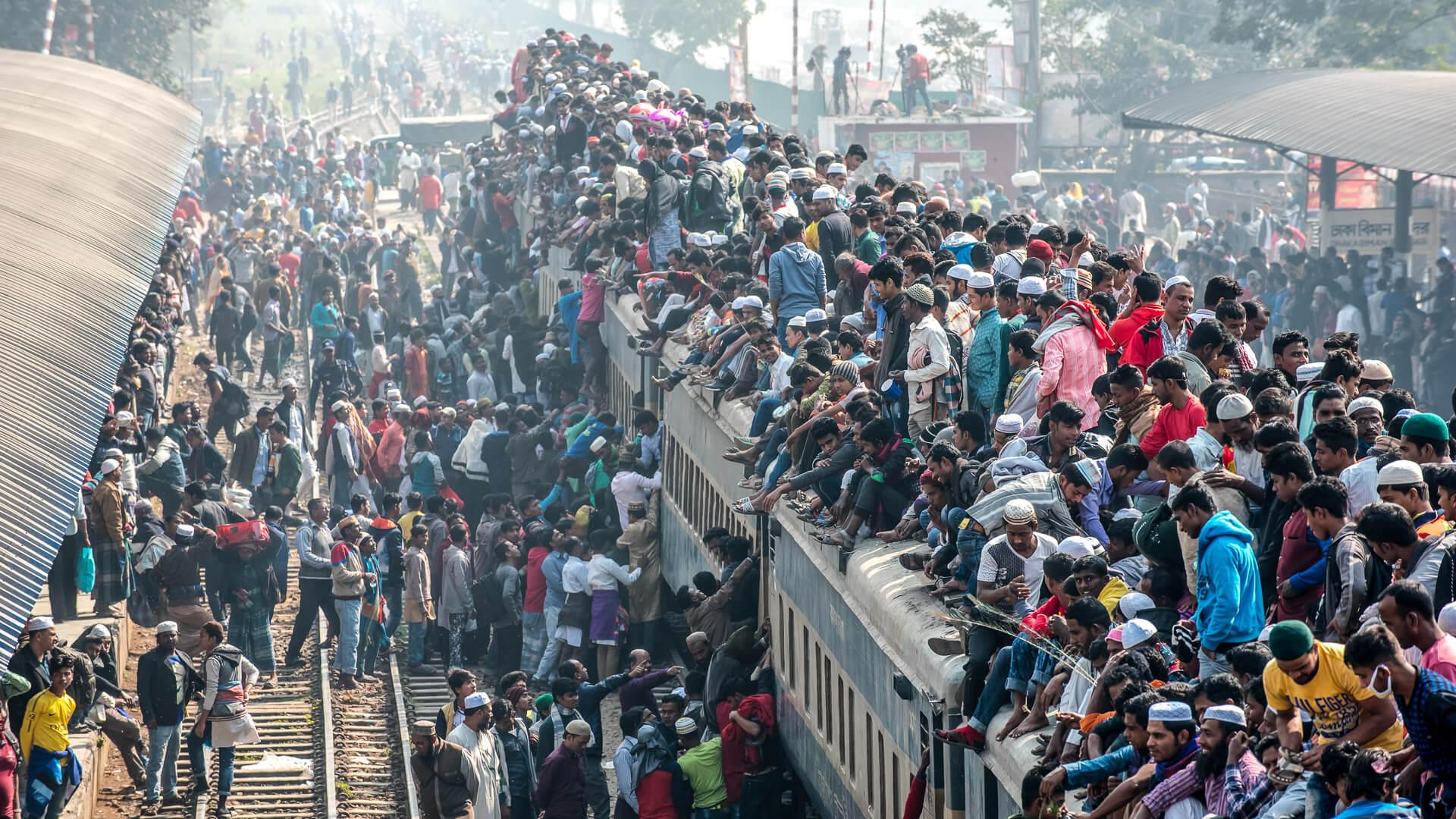 The Most Overpopulated Countries in the World

Depending on who you ask, the world population is either set to stabilize in a few decades or not until 2100, with the climactic figure falling between 9 and 11 billion.

Do You Know? What You Can Get Around the World for the Price of a California Home

In the meantime, here are the world’s 10 most overpopulated countries, sorted by largest to smallest population:

GOBankingRates found that overpopulation results in rising living costs. Dhaka, Bangladesh, holds the dubious honor of being the most densely populated city on the planet, and it’s eating into locals’ wallets. With an average monthly salary of $363.53, but a monthly rent cost of $152.18 for a one-bedroom apartment, residents can expect to spend more than 40% of their income just to get a room. Families get hit much harder; renting a three-bedroom for $382.12 translates into 105% of their salary going toward rent.

According to the study, rent in the analyzed cities usually requires half to a third of one’s salary, but it wasn’t uncommon to see rent consume all of one’s wages and beyond. A one-bedroom in Dakar, Senegal, for example, requires an astonishing 325% of average monthly salary for rent, with an average net salary of $157.82 and rent at $512.71.

How Overpopulation Affects an Economy

Overpopulation leads to generally higher living costs, as there are fewer resources to satiate the need of a growing population. Furthermore, the GOBankingRates study noted that both rising unemployment and lower wages are associated with overpopulation. A large surplus of labor pushes wages down, while not having enough jobs to go around results in unemployment.

Overpopulation is indicative of a lot of good things: that our improved medical technology has lowered mortality rates, for example, or that our food production is more efficient and its bounty wider-reaching.

However, those improvements have also resulted in overpopulation problems — both in terms of public health and the environment. For instance, extended life expectancy creates the need to accommodate more people and to provide sustenance for them, and in the process, increases waste. 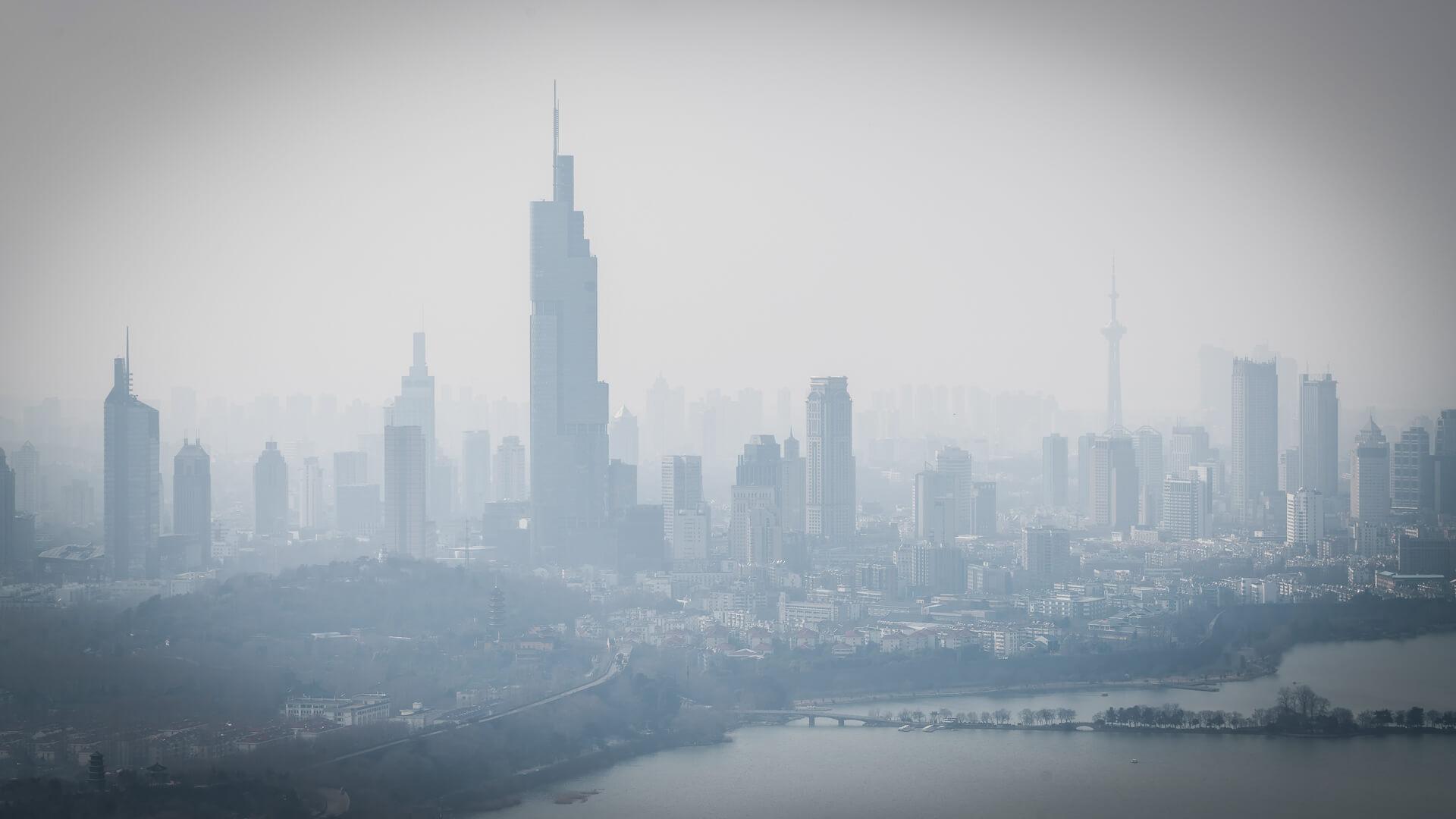 Air pollution on its face is a big problem for a multitude of health and environmental reasons. It’s also a financial drag on the people who breathe it. A 2016 World Bank report found that air pollution-related deaths cost the global economy $225 billion in lost labor income back in 2013. And that’s only lost income; when looking at costs associated with air pollution, such as health costs, that figure soars to over $5 trillion.

Of the countries listed here, China and India are most affected by air pollution, as both have a multitude of cities that consistently rank among the most polluted in the world.

The number of undernourished people has been on the rise since 2014, according to a 2018 Environmental Health News article. As the population increases, the amount of usable land for potential agriculture also decreases. Egypt, one of the most overpopulated countries, loses nearly 60,000 acres of land per year to accommodate its growing population, reported Egypt Today in 2018.

In other cases, particularly in the U.S., hunger can also be attributed to waste. Americans wasted 133 billion pounds and $161 billion worth of food in 2010, according to the Department of Agriculture.

It’s important to note that overpopulation in and of itself will not cause food scarcity or hunger, but it will exacerbate the problem. The problem seems to lie more in distribution. A January 2019 Financial Times article noted that although many food prices have gone down — including staples such as rice and wheat — lower-income countries still spend about 50% of income on food, diminishing purchasing power for struggling people.

Check Out: The World’s Most Expensive Countries To Live In

Packing humans in one concentrated place can result in unhealthy living conditions, but it can also stretch available resources thin. Bangladesh spent just $16 on health costs per capita annually in 2014, and in 2012 there were only dozens of available physicians and doctors per 100,000 people in the country.

An overpopulated area also has trouble maintaining infrastructure. In a country of 1.3 billion, one-fifth of India’s population lives without electricity. The loss of electricity results in delayed communication in health services as well as limiting the means to use medical technology.

How To Solve Overpopulation

No one’s expecting you to solve overpopulation. It’s a complicated, interconnected problem that’s on governments to solve. However, The Overpopulation Project lays out some individual tips — like not having children — and also expands on how to help on a community and national level.

As a concerned citizen, you can: 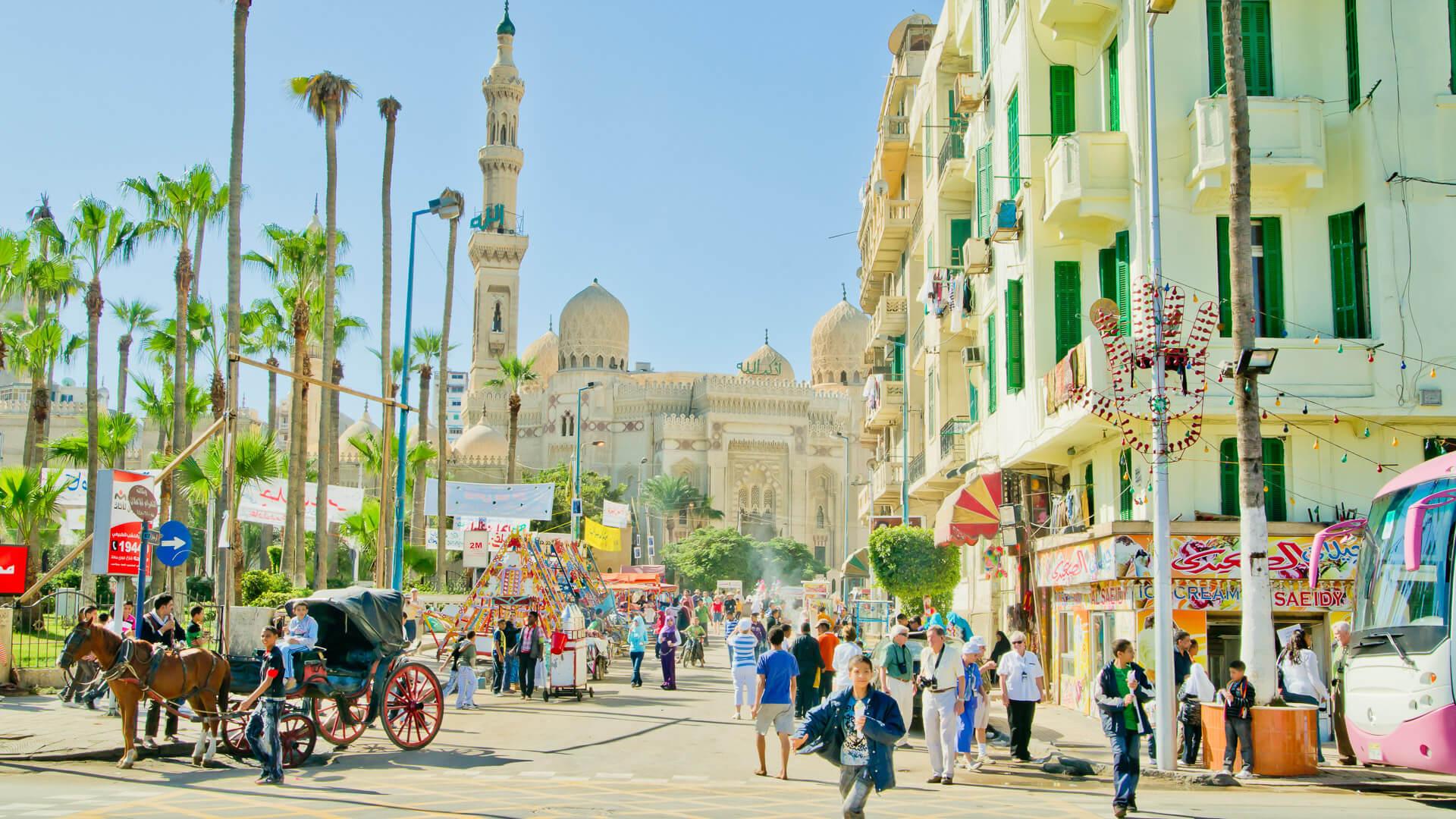 Is Population Control the Answer?

The term “population control” is mired in some controversy, as it questions which populations should be controlled, by whom and what those methods might be. Consider the plotline of the last two, extremely popular “Avengers” films. The villain, Thanos, removes half of organic life by just a snap of his fingers. He believes it to be a necessary measure — a kindness even — so that the remaining life might flourish, but others (for good reason) see the act as a genocide. Though this is obviously an extreme example set in a fantasy world, it does beg the very real question: who gets to “play God,” so to speak?

One thing that can be said for certain is a common trend among the most overpopulated countries is a high fertility rate. Experts stress the need for stronger reproductive rights, birth control options, education, literacy and women empowerment as ways of curbing population growth. However, available resources pose obstacles in implementing these initiatives, and outside funding is often required. Egypt, for example, received more than $19 million from the U.S. to fund a five-year birth control project. Senegal’s Initiative Sénégalaise de Santé Urbaine, a program devoted to better access to family planning services, received $16.5 million in grants between 2009 and 2016, reported Vice. That program, in particular, saw an increase in contraceptive usage from 24% to nearly 37%, proving that these initiatives are a worthwhile pursuit.

Click through to read about surprisingly safe and affordable cities to visit around the world.

More on the Money 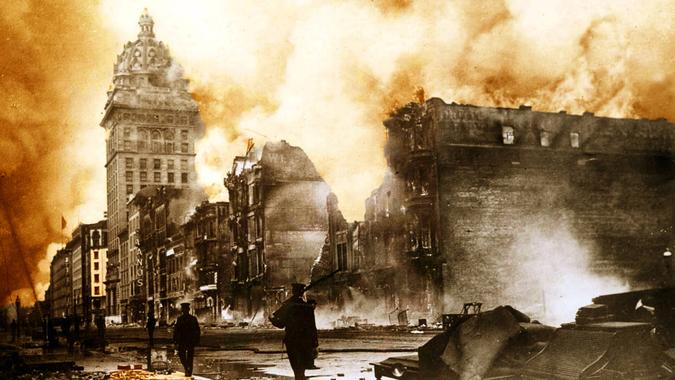 Learn more about the most powerful quakes in the Golden State.

> Money > Economy > The Cost of Overpopulation Around the World