COVID-19 One Year Later: What Can Be Done To Get the Economy To Bounce Back ASAP? 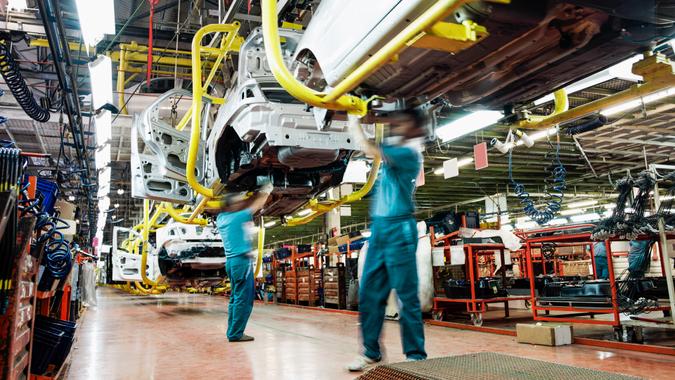 After hitting pandemic lows last year, the U.S. economy is now on the upswing. The Atlanta Federal Reserve is indicating a 10% gross domestic product gain for the first three months of the year, while personal income surged 10% in January, CNBC reported. However, unemployment remains a major issue — as of January, there were 8.6 million fewer employed Americans compared to a year ago, according to the Bureau of Labor Statistics. The hospitality sector continues to bear the brunt of unemployment, with 3.8 million more unemployed than the previous year and a jobless rate of 15.9% for the industry.

President Joe Biden is hoping his proposed stimulus bill will help speed economic recovery along, but will it be enough to get it to bounce back to pre-pandemic levels? And if not, what can be done? GOBankingRates spoke to business leaders and financial experts to find out what they believe should be done to get the economy back to where it was before.

See: A Look at US Unemployment One Year Into COVID-19

“We believe that the Biden administration has the right idea already. Infrastructure investment is now, and has been in the past, the best and fastest way to restart the economy,” said Murray Rowden, regional managing director for the Americas and global head of infrastructure at Turner & Townsend.

Compare: Biden’s First Month vs. Trump’s: Here Are the Major Numbers To Know

“Analysis by S&P Global in May 2020, when the U.S. was at the peak of its national shutdown, looked at two economic scenarios — one with an infrastructure investment and one without,” Rowden continued. “Their analysis found that if the U.S. invested $2.1 trillion into public infrastructure spending over a 10-year horizon, it could create 2.3 million jobs by 2024 as the work is being completed, helping those millions of unemployed workers displaced by COVID-19. But, the productivity boost from the infrastructure investment, if done wisely, could add as much as $5.7 trillion to the U.S. over the next decade. The estimated potential real GDP growth over the next 10 years would be lifted to 2.2% from 1.7%.”

Find Out: Calculating Your Stimulus Check: How Much (if Any) Will You Get?

“Congress and the White House need to take targeted actions that swiftly support small businesses,” said Dennis E. Nixon, chairman and CEO at the International Bank of Commerce. “Small businesses make up 50% of the economy, and the pandemic policies are killing them. Most small businesses aren’t deemed essential and have therefore gone through periods of being forced to close or operate at limited capacity, which simply is not profitable in most cases. You can’t just throw a switch on and off and expect small businesses to survive.”

Nixon said that the aid provided to small businesses should be “cost-effective and target those most in need. We must provide financial aid, tax assistance and take other measures that reduce the burden on small businesses and make it possible for them to survive until the U.S. reaches herd immunity.”

Options: How To Keep Supporting Your Local Small Businesses During COVID-19

Jim Grundy, CEO at Sisu Energy LLC, believes enacting local policies and legislation will be more effective than anything done on the federal level.

“Local governments need to get more involved with helping those within their communities (food bank, shelter, housing, etc),” he said. “Expecting central government assistance, as we’ve seen throughout 2020, is far too complicated and will have substantial long-term problems from a fiscal perspective. Cities, counties and states should each develop crisis plans/taxes that can better support their constituents, as they are more agile and responsive than Congress.”

Focus On Getting Out the Vaccine

“Ultimately, the economic recovery is tied to the end of COVID-19,” Nixon said. “The economy will respond once a vaccine is fully distributed. Getting ‘shots in arms’ is the most pressing issue right now. With the increase in variants, it’s that much more important that the U.S. gets vaccines distributed, along with a persuasive campaign that encourages as many people as possible to get vaccinated so that we may begin post-pandemic life.”